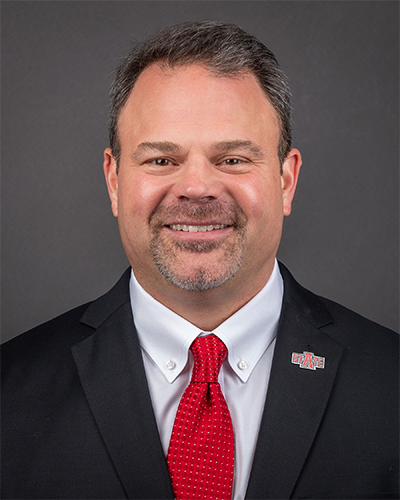 Todd Shields has been appointed as the next chancellor of Arkansas State University in Jonesboro.

He officially takes over on Aug. 15. Shields follows Kelly Damphousse, who announced his resignation in March after leading the university for five years. Damphousse stepped down to accept a position as president of Texas State University in San Marcos, Texas.

Shields has served since 2014 as the dean of the Fulbright College of Arts and Sciences at the University of Arkansas, where he managed $98 million and oversaw more than 1,300 faculty members and staff.

Shields was chosen to lead ASU by a search advisory committee of 22 people representing faculty, staff, students and community leaders. The committee reviewed 44 applicants for the position and conducted formal interviews with four finalists.

“I believe that the hiring of Todd Shields will prove to be a truly transformational moment for our university,” ASU System President Charles Welch said in a news release. “He has an extraordinary track record in fostering student success, securing external funds and managing large, complex academic units.”

As dean of the largest college at the University of Arkansas, Shields helped establish a School of Art within the Fulbright College and helped found the Diane D. Blair Center of Southern Politics and Society.

He has co-authored three books, edited six more, published more than 40 articles and made more than 50 presentations in his research area of voters and election strategies, according to the release. Shields was also recently appointed by Gov. Asa Hutchinson to serve on the Arkansas Commission on the Status of Women, where he is the co-chair of the subcommittee on research and writing.

We were unable to send the article. A surgery center in Springdale sold for $2.6 million. Willow … END_OF_DOCUMENT_TOKEN_TO_BE_REPLACED

U.S. chip designer Qualcomm Inc on Thursday said its automotive business “pipeline” increased to $30 billion, up more than $10 billion since its third … END_OF_DOCUMENT_TOKEN_TO_BE_REPLACED