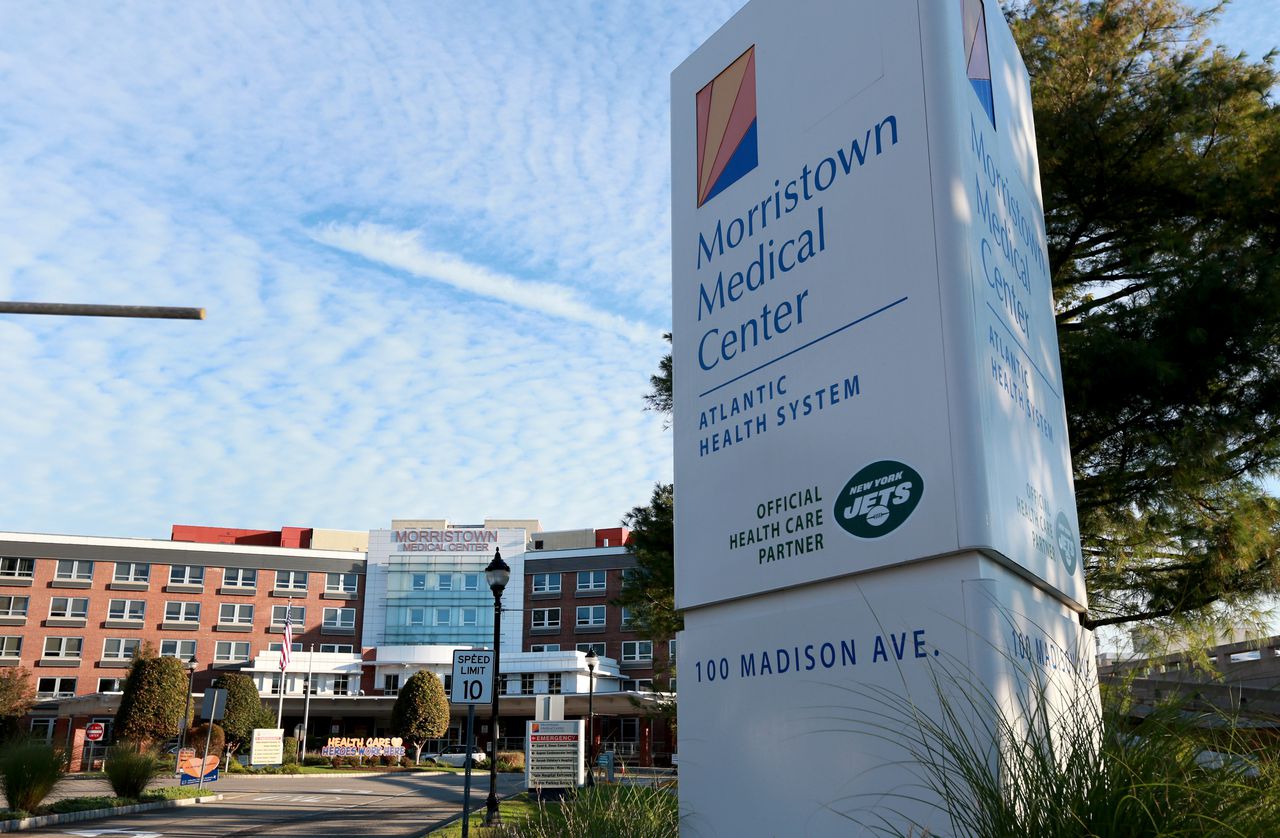 Hackensack University Medical Center and Morristown Medical Center were chosen as the best hospitals in New Jersey, tying for the top spot, according to the new U.S. News & World Report annual ranking.

In all, 13 hospitals were recognized as the best in the state. The analysis behind the annual ranking includes patient surveys and input from doctors. U.S. News, which has compiled the list for more than 30 years, said it evaluated 99 hospitals in New Jersey.

Morristown Medical Center’s top ranking was its fourth in as many years.

Nationally, the Mayo Clinic in Rochester, Minnesota took first on the best hospitals list. The Cleveland Clinic and UCLA Medical Center in Los Angeles ranked No. 2 and No. 3 respectively.

Ben Harder, the managing editor of U.S. News, said the goal of the rankings is “to help guide patients, in consultation with their doctors, to the right hospital when they need care.”

The magazine’s analysis, which examined 4,523 hospitals nationwide, includes specialty areas — this year’s list evaluated 15 of them. The magazine noted that of all the hospitals, just 175 “performed well enough to be nationally ranked in one or more specialties.”

U.S. News cautioned that the rankings should serve as just one tool in making health care decisions.

The Red Bank hospital received “high-performing” status in six areas, including treating heart failure, stroke and kidney failure. It ranked No. 28 among the best hospitals in the New York metropolitan area.

This Camden County hospital was recognized as “high-performing” in seven procedures and conditions, including treating diabetes and kidney failure. It ranked No. 12 among the best hospitals in the Philadelphia area.

10. (tie) Our Lady of Lourdes Hospital

Based in Camden, Our Lady of Lourdes won recognition for above-average performance in the areas of heart failure, heart bypass surgery, diabetes and kidney failure. It ranked No. 12 (in a five-way tie) among the top hospitals in the Philadelphia area.

This hospital also ranked No. 12 in the Philadelphia area, honored as “high-performing” in seven procedures or conditions, including treating kidney failure and stroke and for colon cancer surgery.

The Neptune hospital’s K. Hovnanian Children’s Hospital received national recognition for its work in pediatric cancer (ranking No. 42). Jersey Shore also ranked No. 23 in the New York metropolitan area. It was recognized as “high-performing” in colon cancer and aortic valve surgeries, and for the treatment of kidney failure and chronic obstructive pulmonary disease, or COPD, among other conditions.

Cooper University ranked No. 11 in the Philadelphia region and scored “high-performing” in nine areas, including colon cancer surgery and the treatment of heart attacks and heart failure.

This Atlantic City hospital got “high-performing” recognition in eight procedures and conditions, including diabetes, heart attack, and knee and hip replacement.

Based in New Brunswick, the hospital garnered “high-performing” status in aortic valve surgery, heart failure and diabetes, among other conditions and procedures. In the New York metropolitan area list, it landed at No. 21.

The Livingston hospital stood out for colon cancer surgery and treating heart failure and stroke, among other specialties. It ranked No. 19 in the New York metropolitan area.

The Summit hospital ranked No. 18 in the New York metropolitan area and was cited for “high-performance” in heart failure, colon cancer surgery, diabetes and stroke.

This Ridgewood hospital ranked No. 15 in the New York metropolitan area. It was recognized as “high-performance” in more than 10 specialty categories, including surgery for lung cancer and colon cancer, and for treating kidney failure, stroke, pneumonia and COPD.

Not only did Morristown keep its No. 1 spot, but it was nationally ranked in gynecology (No. 28) and orthopedics (No. 30). It garnered high-performing ratings in a variety of areas, including back surgery (specifically spinal fusion), stroke, knee replacement and lung cancer surgery.

“This most prestigious national recognition is a testament to the extraordinary dedication and commitment to excellence from our medical, clinical and support teams to consistently provide exceptional care to bring about the best-possible patient outcomes,” said Trish O’Keefe, president of Morristown Medical Center. “To be number one in the state once again validates our advancements in clinical innovation coupled with our strong collaboration among the teams resulting in high-quality care for our patients. We are ecstatic to be recognized for our steadfast efforts to earn this distinction.”

The Bergen County hospital moved up from No. 2 last year, and ranks among the top 50 hospitals nationally in several specialty areas, including cardiology and heart surgery (No. 45) and pediatric cancer (No. 42). The hospital also was recognized as “high-performing” in several specialties, including heart bypass surgery, diabetes and kidney failure.

“Hackensack Meridian Health hospitals consistently rank among the best in New Jersey and the nation because of our outstanding staff, who put our patients first by delivering high-quality, compassionate care that keeps getting better,” said Robert C. Garrett, CEO of Hackensack Meridian Health. “Their heroic efforts during the pandemic have made our network stronger than ever, and enabled us to continue serving local communities with more top-ranked hospitals than anyone in New Jersey.”

Coverage of this issue is made possible by an underwriting commitment from RWJBarnabas Health, the exclusive underwriting partner of NJAM regarding certain health care coverage. NJAM maintains editorial independence from RWJBH in all coverage.

Liz Llorente may be reached at ellorente@njadvancemedia.com.

We all know it's not just kids who get into the fun of counting down to Christmas Day. In fact, some might find the act of getting a little surprises … END_OF_DOCUMENT_TOKEN_TO_BE_REPLACED