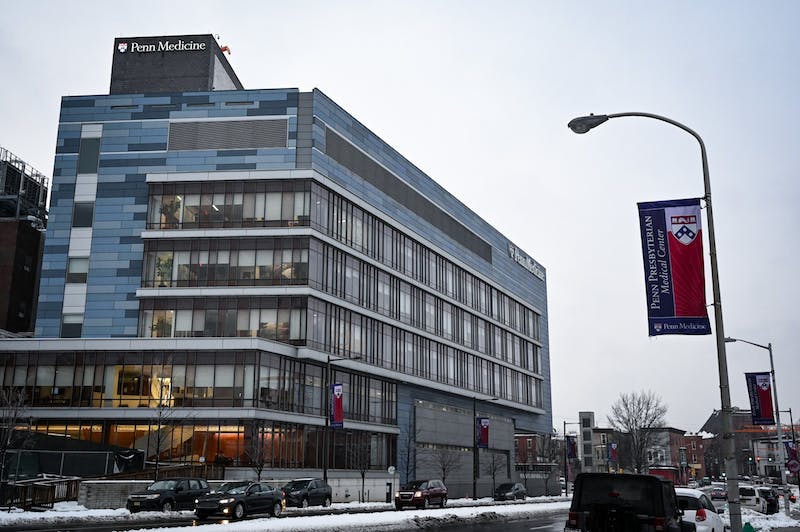 The Daily Pennsylvanian is a student-run nonprofit.

Please support us by disabling your ad blocker on our site.

The Hospital of the University of Pennsylvania and Penn Presbyterian Medical Center were jointly ranked No. 13 in U.S. News and World Reports’ 2021-2022 list of the best hospitals in the country and the best in both the Philadelphia area and the Commonwealth of Pennsylvania.

The joint enterprise of the Hospital of the University of Pennsylvania and the Penn Presbyterian Medical Center was ranked No. 13 in U.S. News and World Reports’ 2021-2022 list of the best hospitals in the country — up two places from last year.

The hospitals were also jointly ranked as the best in both the Philadelphia area and the Commonwealth of Pennsylvania.

HUP and Penn Presbyterian together are one of only 20 hospitals to be featured on U.S. News’ Best Hospitals in America Honor Roll this year and are the only hospitals in Pennsylvania to be on the list.

The rankings scored hospitals on two sets of criteria, according to U.S. News. The first are 17 general procedures, such as knee replacements and heart bypass surgeries. The second metric is the evaluation of 15 areas of complex specialty care. Hospitals with multiple high rankings in specialties and high achievement in general procedures received more points in the ranking.

HUP and Penn Presbyterian ranked in the top 50 national rankings in 12 out of the 15 specialty areas. Among these, they ranked No. 6 for Ear, Nose & Throat care, No. 8 for Pulmonology & Lung Surgery, and No. 10 for Cancer care.

This news comes in a year when researchers with Penn Medicine developed a rapid COVID-19 test with 90% accuracy, succeeded with an experimental therapy to reverse blindness, and created an odor test that can quickly detect cancers.

In June, U.S. News announced that the Children’s Hospital of Pennsylvania maintained its No. 2 national ranking from 2019-2020 and ranked No. 1 in pediatric cancer treatment, pediatric diabetes and endocrinology, and pediatric orthopedics.

Learning you have an incurable cancer is not a diagnosis anyone is ever prepared for. While cancer can cause almost every symptom imaginable, … END_OF_DOCUMENT_TOKEN_TO_BE_REPLACED