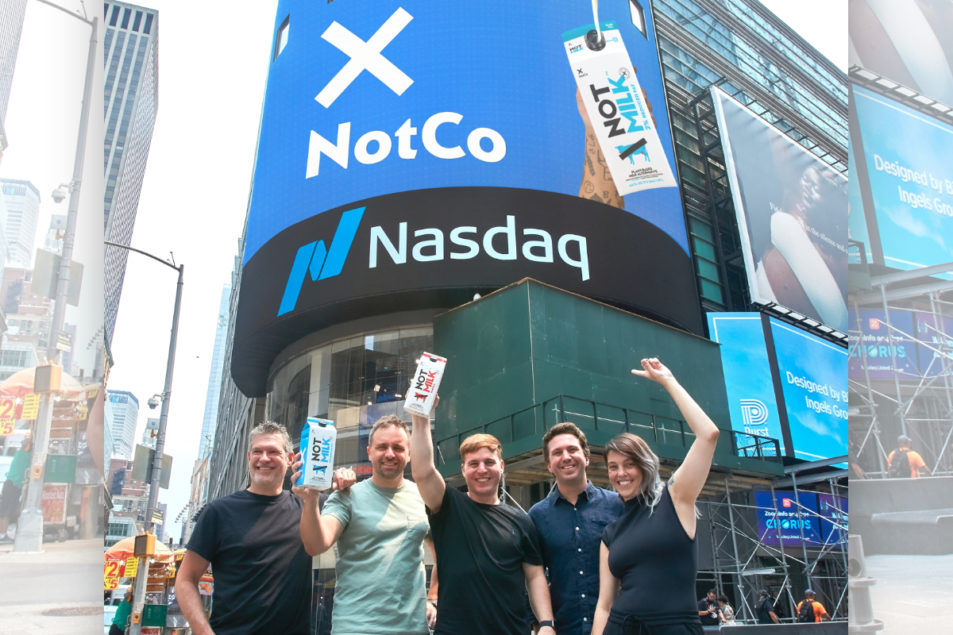 DFJ Growth Fund, ZOMA Lab, athletes Lewis Hamilton and Roger Federer and musician Questlove also participated in the round, which brought NotCo’s valuation to $1.5 billion, according to the company. It has raised more than $350 million to date.

It introduced NotMilk in the United States seven months ago and is on track to reach 8,000 retail doors by the end of the year. The dairy-free milk alternative, sold nationally in Whole Foods Market, Sprouts, Wegmans and more, features nontraditional ingredients like cabbage and pineapple juice, plus pea protein, chicory root fiber, coconut oil and sunflower oil.

NotCo will use funds from the Series D round to bolster its expansion into new categories in North America, scale its AI technology and accelerate plans to launch in Europe and Asia. The round comes just one month after a substantial investment from Enlightened Hospitality Investments and nine months after an $85 million Series C round co-led by Future Positive and L Catterton. It included follow-ons from existing investors Bezos Expeditions, EHI, Future Positive, L Catterton and Kaszek Ventures.

“Our patented AI gives us a significant competitive advantage due to the speed and accuracy with which we’re able to develop and bring new products to market,” said Matias Muchnick, founder and chief executive officer of NotCo. “The level of enthusiasm we’ve received from our partners is thrilling and humbling.”

https://www.abouttobounce.com/ - Reserve YOUR Bounce House, Water Slide, or Inflatable for your party, from About to Bounce Inflatable Rentals in New … END_OF_DOCUMENT_TOKEN_TO_BE_REPLACED

Everyone loves talking about astrology. When we talk about Horoscopes we are usually talking about the astrology that originated in Mesopotamia (c. … END_OF_DOCUMENT_TOKEN_TO_BE_REPLACED