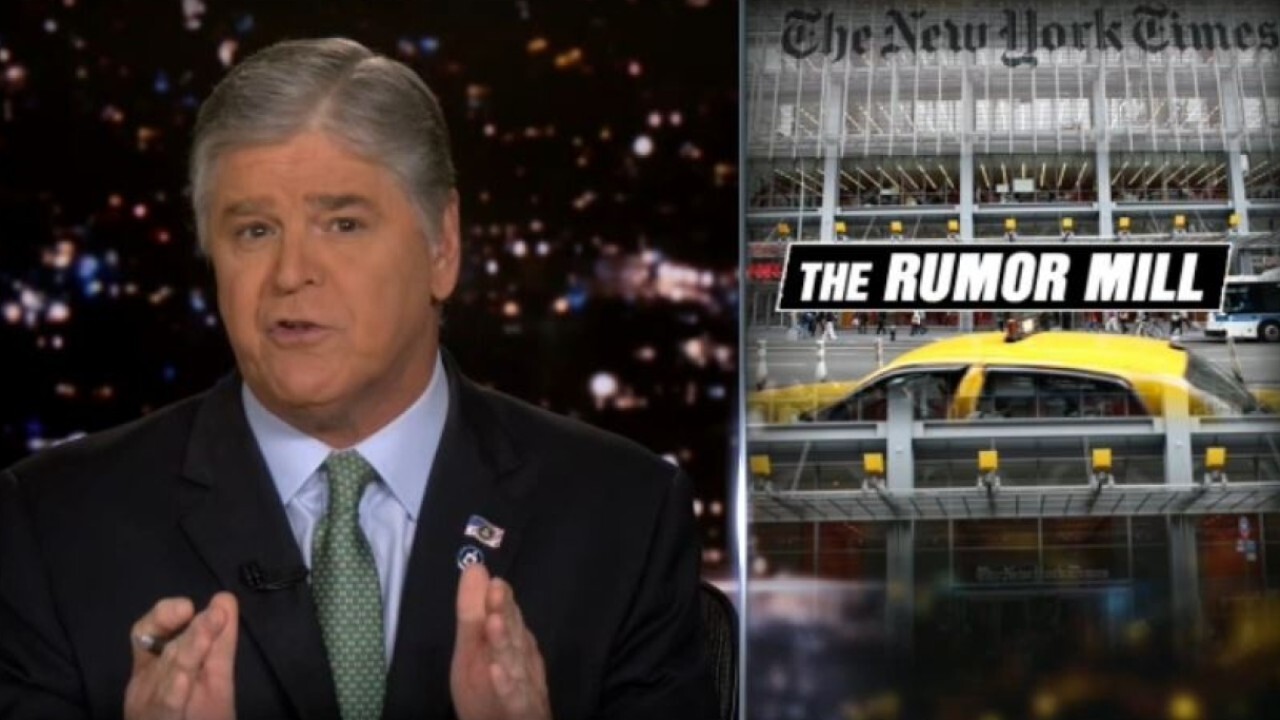 Hannity went on to declare journalism “dead” and said that most people at those “so-called” news outlets are not in fact journalists.

“Unfortunately, honesty and truth is not a priority for people at the New York Times like Ben and Maggie, and, well,  the rest of the media mob over the past five years, they got dozens and dozens and dozens of stories dead wrong.”

Over the past week, Hannity has written two open letters to the New York Times, specifically Ben Smith and Maggie Haberman, asking about their journalistic ethics covering Biden. Tonight he asked them about a series of stories they wrote about former President Trump.

“Do you still believe in the Russia hoax that you peddled to your audiences? do you believe that Clinton-Steele dossier is unquestionably true? Do you care about premeditated fraud that was perpetrated numerous times against the FISA court? Do you care, will you now admit that candidate and later President Trump was illegally spied on because of Hillary’s dirty Russian disinformation dossier and the lies told to the FISA court?” Hannity continued. “Will you ever, ever hold Biden accountable for anything? Will you investigate his corrupt international family business? Will you ever try and find out why sketchy foreign nationals,  let’s see, from Kazakhstan, Russia, China, Ukraine why were they paid in Joe Biden’s crack-addicted son zero experience millions and millions of dollars?”

Hannity also asked if they were going to investigate where Hunter Biden’s laptop came from, a story that the media buried during the 2020 election, and noted that a recent study found that the United States media was ranked “dead last” in trust.

“By the way, that’s because of the media mob, The New York Times, The Washington Post, ABC, CBS, NBC, fake news CNN, MS*DNC*, and pretty much the rest of the media… You’re not the journalists you claim to be. Stop pretending. It’s time to own who you are. Own it, on your truths.”

Hannity again called on the New York Times to give their Pulitzer prizes back.

“This is a free country, freedom of the free press, freedom of speech. I believe in all of it I never support boycotts, I call for cancelations, but if they were decent and ethical, and if they were true journalists as they claim they would at least be honest about their own political agenda.”