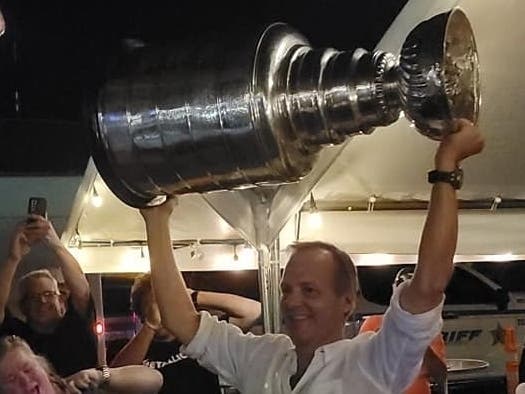 TAMPA BAY, FL — Here’s the latest restaurant, retail and other business news from the Tampa Bay region that you might have missed this week.

The brunch restaurant chain First Watch opened its new corporate headquarters in the University Town Center area with a ceremonial cracking of the eggs Thursday. The newly constructed 39,000-square-foot standalone building is located just off Cooper Creek Boulevard behind the BJ’s shopping center at 8725 Pendery Place.

Beans & Barlour and Brugal 1888 Rum will attempt to set a Guinness World Record for the most people scooping ice cream simultaneously to celebrate National Ice Cream Day on Sunday. Dairy Queen China holds the record with 270 people who dished up the sweet treat in June 2015.

In other Tampa Bay-area business news:

We all know it's not just kids who get into the fun of counting down to Christmas Day. In fact, some might find the act of getting a little surprises … END_OF_DOCUMENT_TOKEN_TO_BE_REPLACED