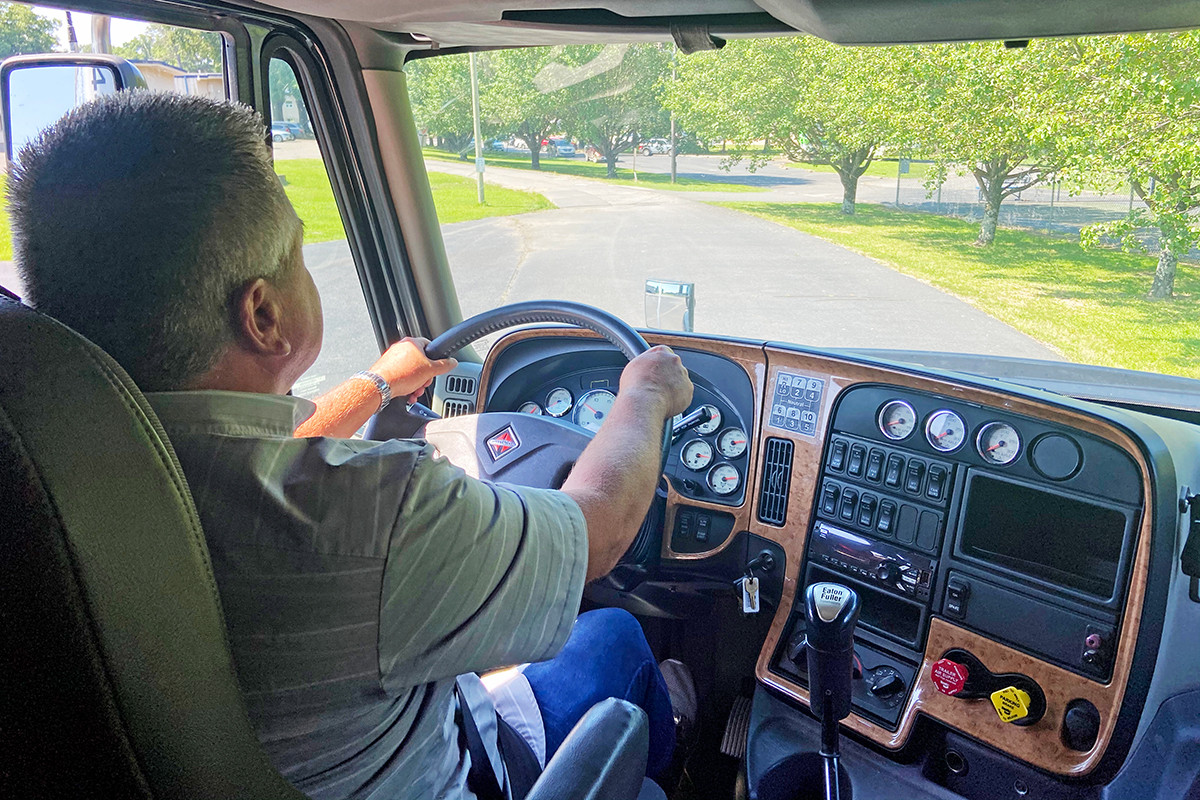 The Arkansas Trucking Academy — the state’s first public program of its kind — will see its first students today.

The academy is offered by a consortium of four community colleges and supported by a $720,000 two-year grant at a time when a driver shortage is being keenly felt throughout the state and nationwide.

The consortium comprises Arkansas State University Three Rivers in Malvern, University of Arkansas Hope-Texarkana in Hope, UA Cossatot’s Nashville campus and UA Rich Mountain in Mena. They are hoping to train 80 truck drivers per year, 20 at each location, through four- to five-week classes, according to ASU Three Rivers Chancellor Steve Rook.

The consortium hired an academy director, Carlos Clark, who has 19 years of industry experience, including stints as an over-the-road driver, working in logistics and serving as an instructor.

Aug. 2 was Clark’s first day on the job. He’ll work from the Hope campus.

“We look for this to get pretty big,” Clark said. “Right now, with the four schools, that’s pretty big already. And so my vision is, of course, to graduate people, give people their CDL, and also help with job placement, and get with local companies” that will sponsor students.

Rook said the academy is hoping corporate sponsorships will provide funding when the grant has run its two-year course.

“We have had some initial conversations with several trucking companies across the state that are very interested in helping out,” he said. “I think we’ve got to get our feet wet, and get our first class or two, but we’ve been contacted by at least five of the major carriers here in the state wanting to know more about it and wanting to see how they can help.

“Then what we’re hoping is that we can just be the trainer for these companies, that they would select the drivers, clear the drivers and then send them to us for the training.”

Rook envisions companies helping the academy recruit students and the academy returning that favor, by delivering trained drivers to them. He said more than 4,000 truck drivers are needed in Arkansas.

Pat Simms, vice chancellor for academic affairs at ASU Three Rivers, said the consortium is addressing a nationwide need and one the governor said is critical to the state’s infrastructure.

“Everybody right now, if you ask anybody in any industry what’s their biggest problem right now, it’s they can’t get anything,” he said.

Three of the schools were a part of the Arkansas Rural Nursing Education Consortium, and all four thought the same model could be applied to produce a financially sustainable trucking program.

In January, Gov. Asa Hutchinson launched the Ready for Life education and jobs program with $14.7 million in discretionary funding through the Coronavirus Aid, Relief and Economic Security Act. Ready for Life awarded the $720,000 grant that made the academy a reality.

The consortium used the money to lower tuition costs from $3,500 to $1,300 to attract students. Simms said the $3,500 hurt enrollment because it was “cost prohibitive” for people who were unemployed or looking to change careers.

He said the academy would like to buy a third truck to use when one of the others is down for maintenance or repairs.

Another benefit: recruiting teamwork. Each school doesn’t have to recruit as many students to the academy as they did for their separate programs, the ASU Three Rivers administrators said.