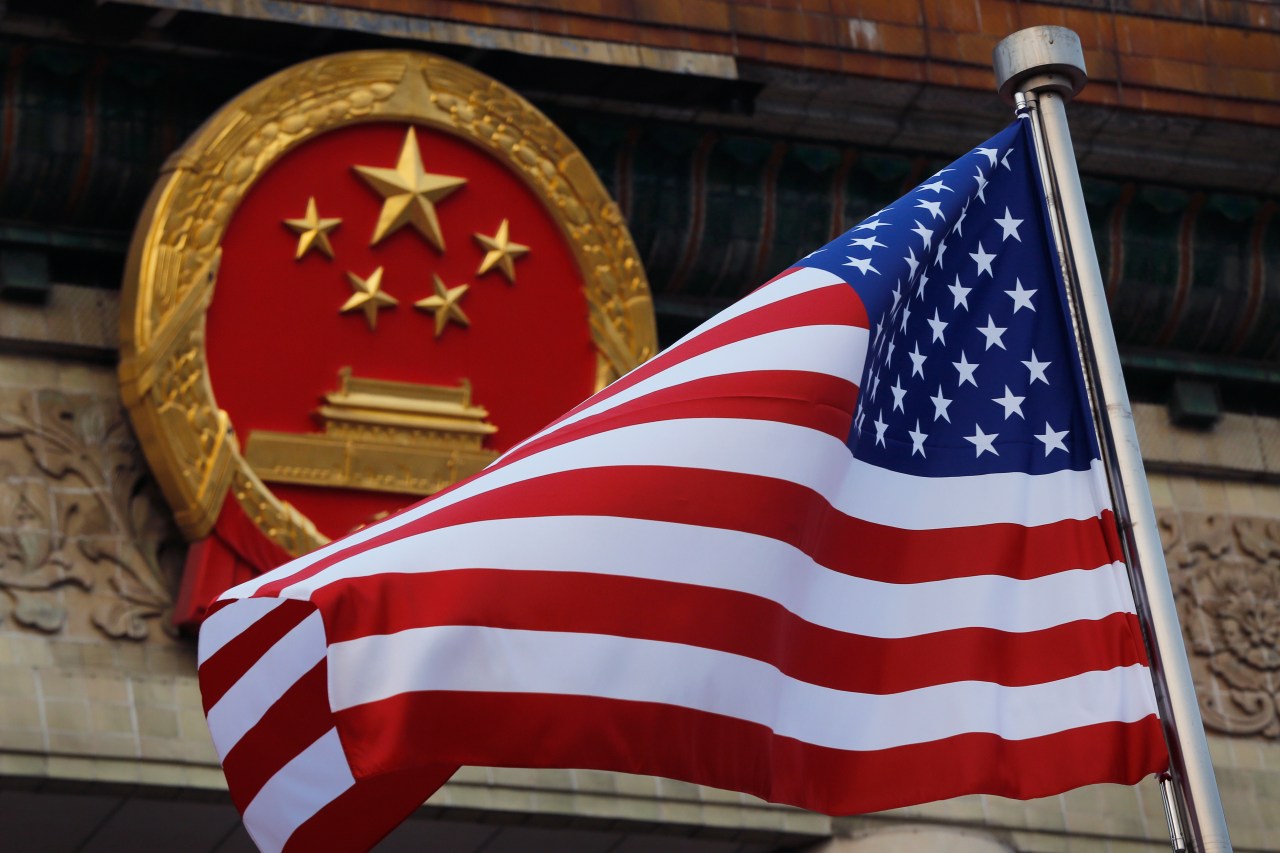 FILE – In this Nov. 9, 2017, file photo, an American flag is flown next to the Chinese national emblem during a welcome ceremony for visiting U.S. U.S. officials are issuing new warnings about China’s ambitions in artificial intelligence and a range of advanced technologies that could eventually give Beijing a decisive military edge and possible dominance over health care and other essential sectors in America. (AP Photo/Andy Wong, File)

WASHINGTON (AP) — U.S. officials are issuing new warnings about China’s ambitions in artificial intelligence and a range of advanced technologies that could eventually give Beijing a decisive military edge and possible dominance over health care and other essential sectors in America.

The warnings include a renewed effort to inform business executives, academics and local and state government officials about the risks of accepting Chinese investment or expertise in key industries, officials at the National Counterintelligence and Security Center said Thursday. While the center does not intend to tell officials to reject Chinese investment, it will encourage efforts to control intellectual property and implement security measures.

National security agencies under President Joe Biden’s administration are making an aggressive public push against China, which some officials have called the greatest strategic threat to the United States. The Biden administration has simultaneously tried to ease some tensions with Beijing dating to the Trump administration and seek common ground on trade and climate change.

Beijing has repeatedly accused Washington of fear-mongering about its intentions and attacked U.S. intelligence for its assessments of China, including allegations that Chinese leaders have withheld critical information about the coronavirus pandemic.

Under President Xi Jinping, the Chinese government has stated its goals to create profitable technologies in robotics and other fields in plans known as “Made in China 2025.” The Justice Department in recent years has returned several indictments alleging theft of sensitive U.S. information on behalf of China, including vaccine research and autonomous vehicle technology.

Orlando noted that Chinese businesses and academics are beholden to the Chinese Communist Party and are required to serve the party’s interests.

“Although we’ve been saying this for year after year, people are not digesting this,” he said.

Orlando declined to say whether the U.S. should enact tougher restrictions or outright bans on Chinese investment in certain sectors, saying his role was not to suggest policy.

But the counterintelligence center holds regular briefings with private industry and academia while recognizing that industries and universities may still want to seek students, experts and investors from China, Orlando said. He would not name companies with which the center has met.

The center’s officer for emerging and disruptive technologies, Edward You, noted the investment of Chinese companies in U.S. and European biotechnology and pharmaceutics.

WuXi Biologics, headquartered in Hong Kong, has since 2019 built a vaccine manufacturing facility in Ireland, announced plans for a production facility in Massachusetts and acquired a Bayer plant in Germany. Officials on Thursday did not disclose any information linking those acquisitions to Beijing’s influence but said they were part of a broader pattern by Chinese medical companies.

Chinese companies have also offered COVID-19 testing kits and genetic testing in the U.S., meeting federal privacy standards and other regulations, You said. But the data collected by companies with ties to China could ultimately end up in the hands of Beijing, You said.

China already has the greatest access to medical data of any country, You said. With its data collection and its advancements in technology, Beijing could one day be dominant in health care and leave the U.S. wholly dependent on China, he said.

“If you’re President Xi,” he said, “that’s the gift that keeps on giving.”

Elizabeth Hurley just rocked a hot pink bikini in a new Instagram post. Fans and followers are swooning over her poolside confidence and glowing skin. … END_OF_DOCUMENT_TOKEN_TO_BE_REPLACED