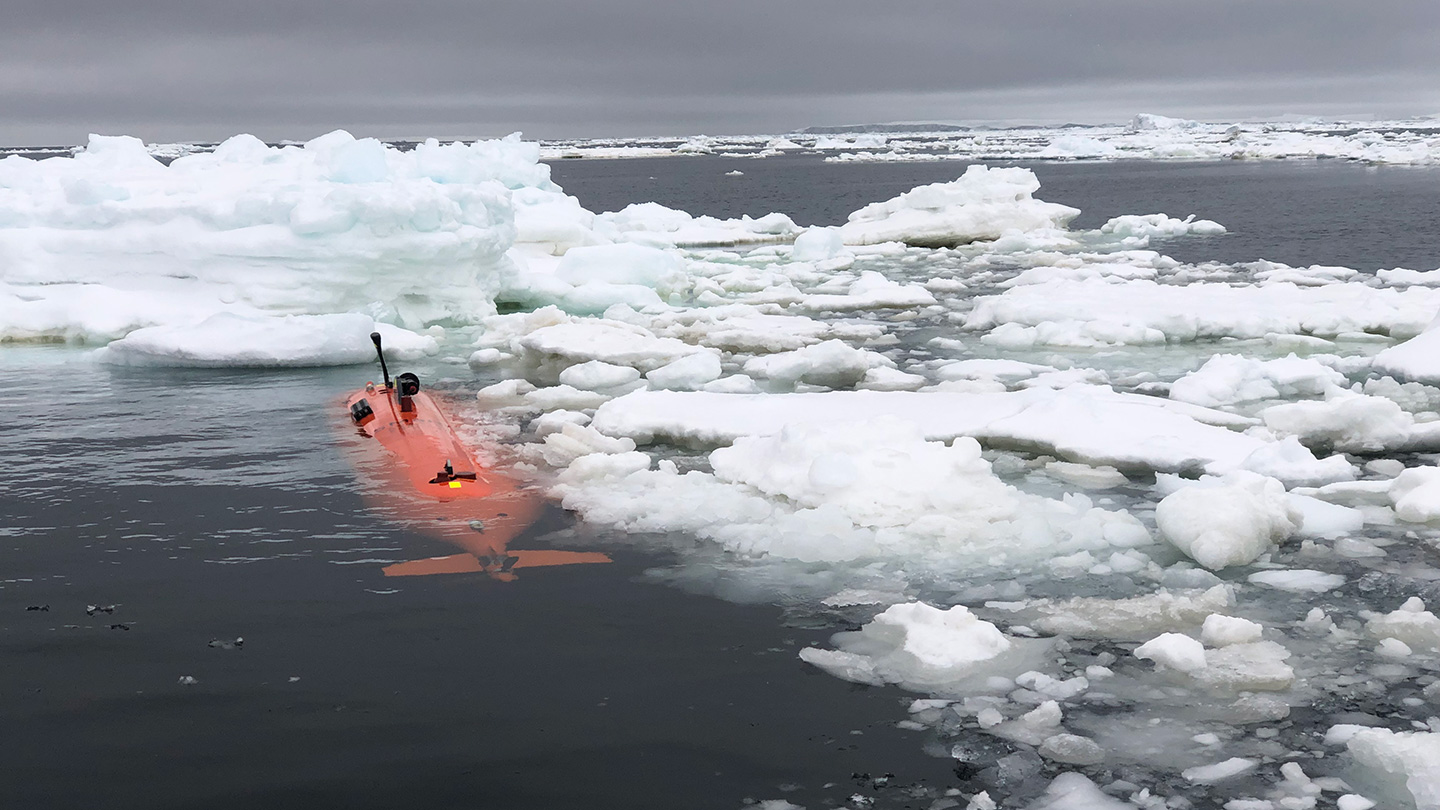 The under-ice trek of an autonomous underwater vehicle is giving scientists their first direct evidence for how and where warm ocean waters are threatening the stability of Antarctica’s vulnerable Thwaites Glacier. These new data will ultimately help scientists more accurately project the fate of the glacier — how quickly it is melting and retreating inland, and how far it might be from complete collapse, the team reports April 9 in Science Advances.

“We know there’s a sick patient out there, and it’s not able to tell us where it hurts,” says Eric Rignot, a glaciologist at the University of California, Irvine who was not involved in the new study. “So this is the first diagnosis.”

Scientists have eyed the Florida-sized Thwaites Glacier with mounting concern for two decades. Satellite images reveal it has been retreating at an alarming rate of somewhere between 0.6 to 0.8 kilometers per year on average since 2001, prompting some to dub it the “doomsday glacier.” But estimates of how quickly the glacier is retreating, based on computer simulations, vary widely from place to place on the glacier, Rignot and other researchers reported in Science Advances in 2019. Such uncertainty is the biggest difficulty when it comes to future projections of sea level rise (SN: 1/7/20).

The primary culprit for the rapid retreat of Thwaites and other Antarctic glaciers is known: Relatively warm ocean waters sneak beneath the floating ice shelves, the fringes of the glaciers that jut out into the ocean (SN: 9/9/20). This water eats away at the ice shelves’ underpinnings, points where the ice is anchored to the seafloor that buttress the rest of the glacier against sliding into the sea.

Scientists have used satellite data to roughly map out what lies beneath the Thwaites ice shelf. Three deep channels carved into the seafloor snake beneath a vast water-filled cavity 120 kilometers across. But without direct measurements of the chemistry and paths the water takes to reach Thwaites’ underbelly, it’s been impossible to know where the threatening water is really coming from, how warm it is, and where it’s attacking the ice, says Anna Wåhlin, a physical oceanographer at the University of Gothenburg in Sweden.

In February and March 2019, Wåhlin and her colleagues sent the AUV Ran to traverse two of the deep channels. Gliding about 50 meters above the seafloor, the AUV collected the first direct measurements of temperature, salinity and oxygen levels in the water. From those measurements, the team was able to trace the origins of different parcels of water mixing beneath Thwaites.

Based on its chemical makeup, some of the warm water came from neighboring Pine Island Bay. “We were very surprised,” because Pine Island Bay wasn’t previously thought to be a major player in the future of Thwaites, Wåhlin says. The water mass from there was near the bottom of the cavity, about 500 meters deep, and was both less salty than the surrounding seawater and several degrees Celsius warmer than the freezing point. That’s an unstable situation, likely to create turbulence, and increasing the potential for erosion of the ice, Wåhlin says.

The find also suggests that what happens in Pine Island Bay doesn’t necessarily stay in Pine Island Bay — and that the fate of Thwaites may be closely intertwined with that of the Pine Island Glacier, another rapidly-melting river of ice, Wåhlin says. Together, the two glaciers are responsible for most of the ice and water that Antarctica is currently shedding. But while Thwaites is still pinned to the seafloor in some places, which slows its slide into the sea, those underpinnings are long gone for Pine Island, she says.

In April, scientists identified three tipping points for the precarious Pine Island glacier, thresholds it might cross as climate conditions evolve that would lead to phases of rapid, irreversible retreat. The third and final threshold, prompted by a roughly 1.2 degree Celsius increase in the temperature of ocean waters compared with current ocean temperatures, would drive the glacier to complete collapse, the team found.

An upcoming expedition Wåhlin and others are planning for January 2022 will use two AUVs to explore much farther into the cavity beneath Thwaites. Ideally, the AUVS will get several hundred kilometers closer to the shore, all the way to the grounding line, where the base of the glacier rests on land.

“That’s the key down the line,” Rignot says. Observing how water masses are interacting with the glacier’s grounding line will be crucial to understanding the future of the glacier, he says. “That’s the place where melting makes the most difference to the glacier’s stability.”

And there’s a lot that researchers still don’t know about the vast water cavity beneath Thwaites ice shelf, including its precise dimensions and the best places for AUVs to explore, he adds. “We are only just at the beginning.”

We were unable to send the article. A surgery center in Springdale sold for $2.6 million. Willow … END_OF_DOCUMENT_TOKEN_TO_BE_REPLACED

U.S. chip designer Qualcomm Inc on Thursday said its automotive business “pipeline” increased to $30 billion, up more than $10 billion since its third … END_OF_DOCUMENT_TOKEN_TO_BE_REPLACED