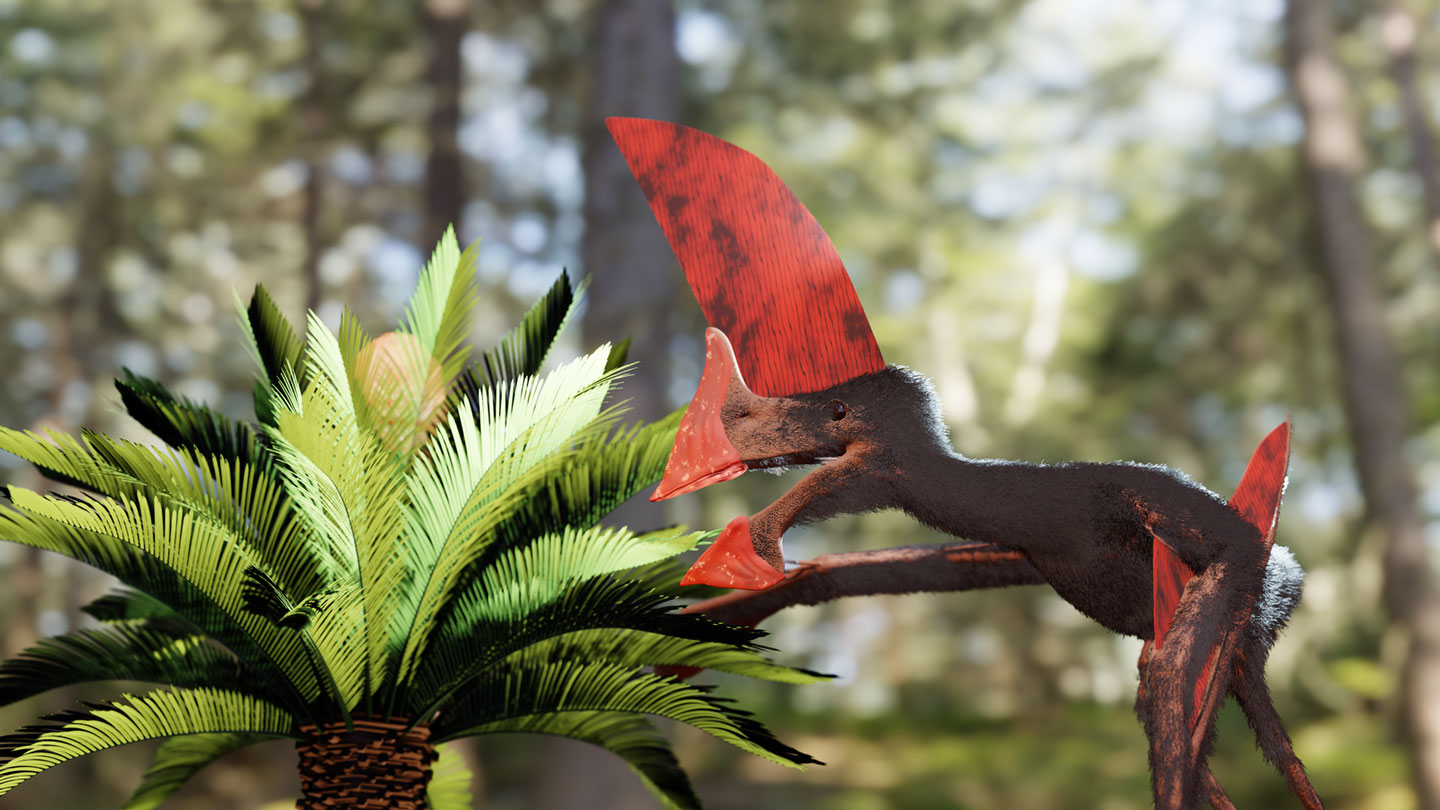 In 2013, a police raid at Santos Harbor in Brazil recovered about 30,000 smuggled fossils, including the most intact specimen of a type of big-headed pterosaur ever found. A new analysis of the fossil provides insight into the flying reptile’s foraging style, flight capability and anatomy, researchers report August 25 in PLOS ONE.

Identified as Tupandactylus navigans, the fossil is a member of a group of pterosaurs called tapejarids. These pterosaurs are known for their oversize, crested skulls, and hail from the early Cretaceous Period, which lasted from about 145 million to 100 million years ago.

Some well-preserved tapejarid fossils have been found in China, but they aren’t as complete as the newly analyzed fossil, and the pterosaur’s anatomy hadn’t been fully described. “This is the first time we have the full skull and the full [body],” says Victor Beccari, a paleontologist at the NOVA School of Science & Technology in Caparica, Portugal.

When Beccari’s team received the fossil in 2016, it had already been cut into six blocks. “It’s a shame,” Beccari says, “but we used it to our advantage.” The researchers fit the sliced pieces inside a CT scanner, and then used the scans to produce a 3-D model of the pterosaur’s skeleton that revealed parts still buried inside rock.

This Tupandactylus navigans fossil is the most complete specimen of a tapejarid — a group of pterosaurs known for their cranial crest (orange) — ever found.V. Beccari

Previous studies suggested that tapejarids had a short, stout neck to support their large head during flight. But Beccari’s team showed that the neck accounted for over half of the spine’s length, which could have made sustained flight difficult. The fossil’s long hind legs and relatively short arms hint that tapejarids could have been comfortable walking.

These observations suggest that T. navigans may have behaved similarly to peacocks, Beccari says. The tapejarid’s crest probably attracted mates, and the pterosaur may have flown to treetops to look for food or escape from predators, he says. “But it spent most of its time walking on the ground.”

Just as it is essential to get our heart rate up during exercise, it’s vital to ensure you’re giving your muscles and heart enough time to cool down. … END_OF_DOCUMENT_TOKEN_TO_BE_REPLACED

Ten students in the Rucks Department of Management at LSU's E. J. Ourso College of Business have been named Rucks Fellows.Thr students were selected … END_OF_DOCUMENT_TOKEN_TO_BE_REPLACED