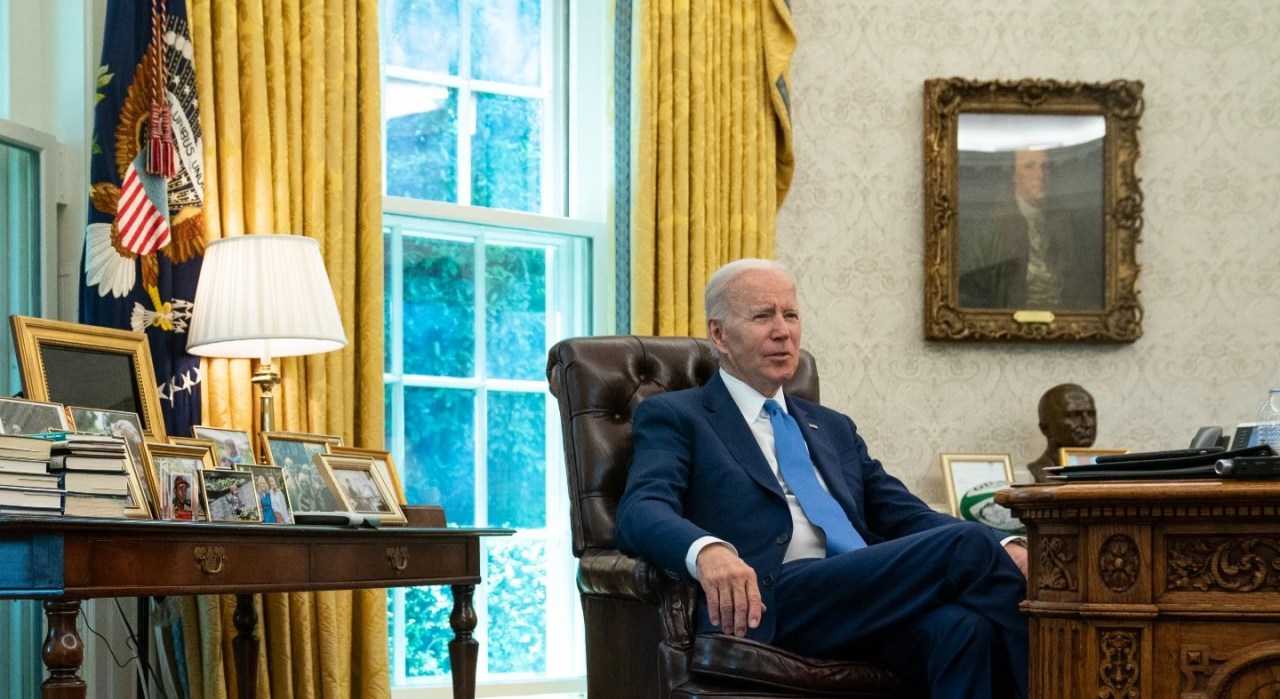 The Department of Homeland Security seems bound and determined to create an American Ministry of Truth.

Their first attempt was in April when they announced the creation of a Disinformation Governance Board (DGB). That effort was mercifully “paused” after a disastrous three weeks in the press. Paused, but not forgotten.

A new effort by the Biden administration is underway to resurrect the spirit of the DGB in a piecemeal fashion and slip it right through the front door. On June 16, the Biden administration released a Memorandum on the White House Task Force to Address Online Harassment and Abuse. The new task force represents another partnership with the Department of Homeland Security and a dozen other departments.

The task force’s mandate to conduct mass surveillance and control of online speech is buried in its mission list, which includes plausible goals such as “improving coordination among executive departments” and “increasing access to survivor-centered services.”

One worrisome item shows that some of us are more equal than others in the Orwellian world of the Biden administration. It calls for “developing programs and policies to address… disinformation campaigns targeting women and LGBTQI+ individuals who are public and political figures, government and civic leaders, activists, and journalists.”  This item leverages a salutary concern for women and gender-nonconforming persons to immunize certain “public and political figures” — but not ordinary persons — from criticism. Criticism of thee, but not of me.

The DHS defines “disinformation” as “false information that is deliberately spread with the intent to deceive or mislead.” We are creating a task force that will decide which attacks against its titular head, Kamala Harris, were meant to “deceive or mislead,” thus potentially criminalizing criticism of the vice president and other political leaders. Such a move would be downright totalitarian.

The attempt to cast this task force as addressing compelling concerns about the safety of women and gender-nonconforming minorities looks like a Trojan horse wheeled out to revive DHS’s desire to conduct mass surveillance and control online speech. Mass surveillance and control of speech are not acceptable responses to harassment and abuse in real life. Why, then, is it acceptable online?  Biden’s task force would turn online speech into Orwellian “unspeech,” something that looks like speech but doesn’t deserve the free-speech protections of the First Amendment.

The goals of the task force are to be at least partially addressed by “enhancing and expanding data collection” and developing “a synopsis of key lessons from stakeholder consultations.” Presumably, these “stakeholders” will include online titans such as Facebook and Twitter. The task force is to periodically submit recommendations to the president regarding “policies, regulatory actions, and legislation on technology sector accountability to address systemic harms to people affected by online harassment and abuse.”

To counter abortion ruling, shift from recriminations toward development

We need U.S. industry to counter the next global food crisis

The administration is trying its damnedest to define online speech as a fundamentally different kind of speech to control it. Given how much of our lives are shifting into the virtual realm, that should concern anyone. We work online. We go to school online. We visit with our families online. Controlling online speech is no less totalitarian than controlling speech in real life.

The Trojan Horse that is the Task Force to Address Online Harassment and Abuse is an attempt to realize an American Ministry of Truth in increments, and its creation should be as vehemently opposed as was the DGB.

Abigail Devereaux is a research fellow at the Institute for the Study of Economic Growth at Wichita State University, where she is also an assistant professor of economics. Roger Koppl is a professor of finance at Syracuse University and the author of the book “Expert Failure.”

https://www.abouttobounce.com/category/interactive_sports_obstacles/ - Reserve YOUR Obstacle Course Rental from About to Bounce Inflatable Rentals in … END_OF_DOCUMENT_TOKEN_TO_BE_REPLACED

Starbucks pumpkin spice K-cups and ground coffee are back for the season.If you’re like us, you spend the whole summer drinking iced coffee while … END_OF_DOCUMENT_TOKEN_TO_BE_REPLACED