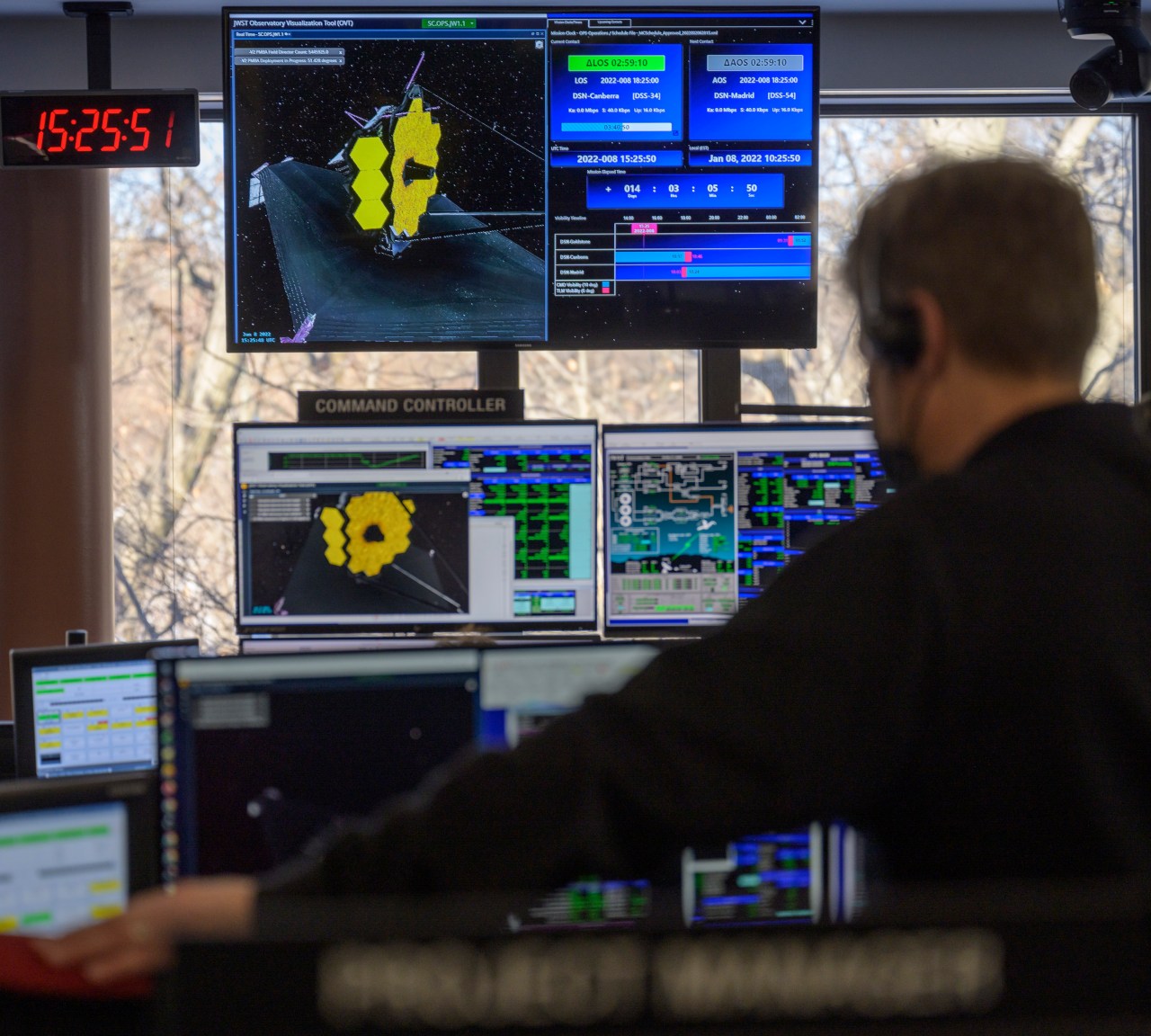 The last portion of the 21-foot (6.5-meter) mirror swung into place at flight controllers’ command, completing the unfolding of the James Webb Space Telescope.

“I’m emotional about it. What an amazing milestone. We see that beautiful pattern out there in the sky now,” said Thomas Zurbuchen, NASA’s science missions chief.

More powerful than the Hubble Space Telescope, the $10 billion Webb will scan the cosmos for light streaming from the first stars and galaxies formed 13.7 billion years ago. To accomplish this, NASA had to outfit Webb with the biggest and most sensitive mirror ever launched — its “golden eye,” as scientists call it.

Webb is so big that it had to be folded orgami-style to fit in the rocket that soared from South America two weeks ago. The riskiest operation occurred earlier in the week, when the tennis court-size sunshield unfurled, providing subzero shade for the mirror and infrared detectors.

Flight controllers in Baltimore began opening the primary mirror Friday, unfolding the left side like a drop-leaf table. The mood was even more upbeat Saturday, with peppy music filling the control room as the right side snapped into place. After applauding, the controllers immediately got back to work, latching everything down.

This mirror is made of beryllium, a lightweight yet sturdy and cold-resistant metal. Each of its 18 segments is coated with an ultra thin layer of gold, highly reflective of infrared light. The hexagonal, coffee table-size segments must be adjusted in the days and weeks ahead so they can focus as one on stars, galaxies and alien worlds that might hold atmospheric signs of life.

Webb should reach its destination 1 million miles (1.6 million kilometers) away in another two weeks. If all continues to go well, science observations will begin this summer. Astronomers hope to peer back to within 100 million years of the universe-forming Big Bang, closer than Hubble has achieved.

The Associated Press Health and Science Department receives support from the Howard Hughes Medical Institute’s Department of Science Education. The AP is solely responsible for all content.