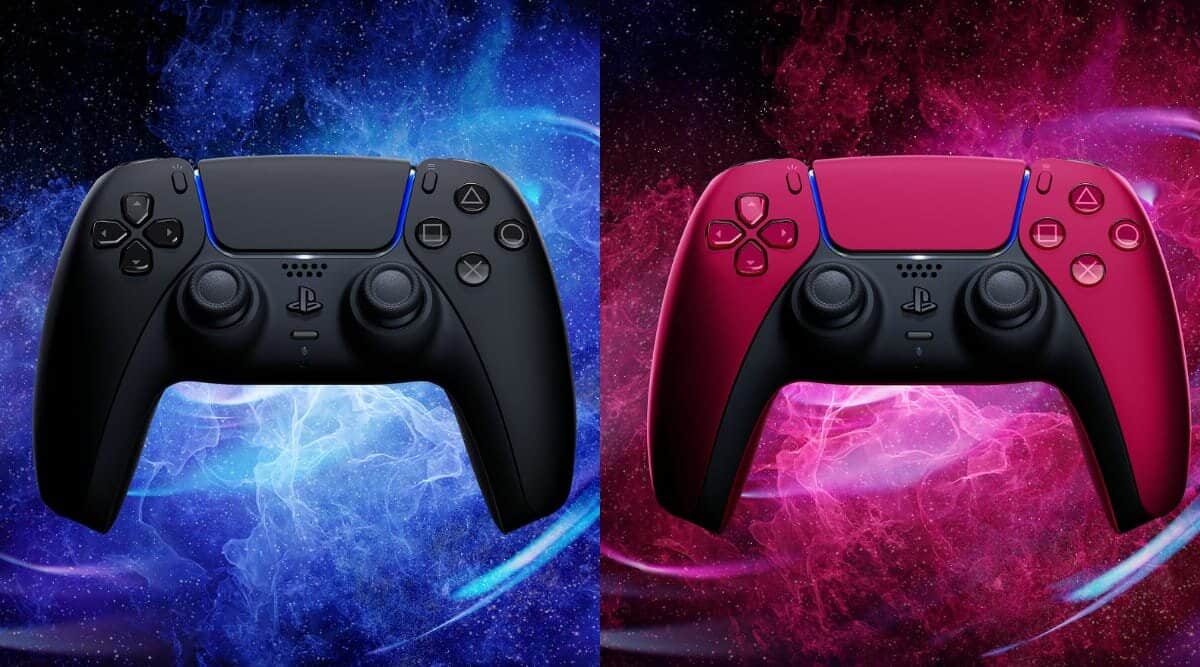 Sony has introduced two new colour variants of the PlayStation 5 DualSense controller, and interested buyers will be able to get them in June. The new “Cosmic Red” variant features a two-tone red finish, whereas the Midnight Black model makes use of a similar colour scheme used in earlier controllers like the PS2 and PS3.

Sony had earlier launched the DualSense controller in a single black-and-white colour scheme variant which was in line with the PS5’s contrasting colour theme. Both the models offer the same features as the standard DualSense and only differ in terms of colour.

The India price and availability details are yet to be revealed by the company. In the US, the Midnight Black colour scheme variant will cost $69.99, which roughly translates to around Rs 5,120 in India. The Cosmic Red model is priced at $74.99 (around Rs 5,500).

To recall, the PlayStation 5 was launched back in November last year along with a black and white DualSense controller. PS5 is a console that has been met with a mixed opinion regarding the external design of the device. The gaming console features a large white tower, with its wing-tips and a contrasting black middle strip, and is certainly a step in a new direction for the company. The DualSense controller was a big change in terms of Sony’s design choice as the company had leaned toward black and grey consoles and controllers for the most part since its inception. So, the launch of the new colour options could be appreciated by a lot of users.

“Our goal is to always find designs that will surprise and entice our fans, and these new colours are the result of an extensive selection process. We wanted the new controller colours to complement each other, as well as the original DualSense wireless controller and PS5 console, so we designed the colours around the theme of ‘galaxy’ as it felt like a natural progression from the original PS5 and accessories designs,” Leo Cardos, PlayStation 5 design team executive, said while commenting on the new colour variants.

Starbucks pumpkin spice K-cups and ground coffee are back for the season.If you’re like us, you spend the whole summer drinking iced coffee while … END_OF_DOCUMENT_TOKEN_TO_BE_REPLACED

A new online tool has been launched to help publicans, landlords and bar managers see how much money they could potentially save weekly, monthly and … END_OF_DOCUMENT_TOKEN_TO_BE_REPLACED