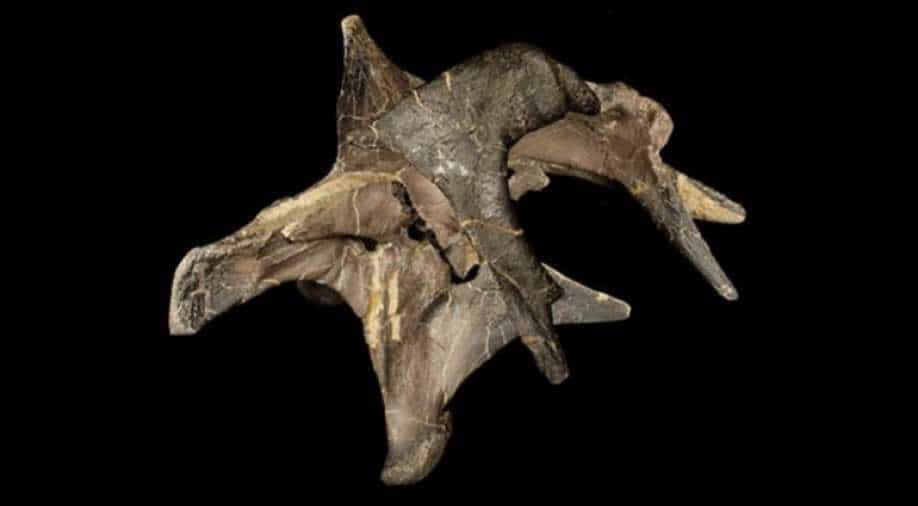 In yet another pathbreaking discovery, a group of scientists have discovered two new species of predatory dinosaurs that had crocodile-like skulls.

Scientists discovered these species on England’s Isle of Wight and are large, predatory species. Skeletons from this dinosaur family have been uncovered for the first time in the United Kingdom since 1983.

These two new species are believed to be related to an ancient ‘unusual and controversial’ family of dinosaurs. The first one is Ceratosuchops inferodios. They have “horned crocodile-faced hell heron” in which it has a head filled with low horns and bumps in the brow region.

Second species if Riparovenator milnerae which is similar to the first one but has a longer tail and a snout similar to crocodile.

“The Early Cretaceous rocks on the Isle of Wight describe an ancient floodplain environment bathed in a Mediterranean-like climate. Whilst generally balmy, forest fires occasionally ravaged the landscape, and the remains of burnt wood can be seen throughout the cliffs today,” the University of Southampton said in a press release. “With a large river and other bodies of water attracting dinosaurs and housing various fish, sharks and crocodiles, the habitat provided the newly discovered spinosaurids with plenty of hunting opportunities.”

These species are from the Cretaceous period and the bones are believed to be at least 125 million years old, the scientists reported.

“This is the rarest and most exciting find I’ve made in over 30 years of fossil collection,” Brian Foster, one of the collectors, said in a statement.

The scientists also said that while they had a hint that there were spinosaur species out in the world, they were not very sure about it. So, this discovery comes as a surprise.

Remember when kids hung their stockings by the chimney with care and the gifts inside (oranges? coal?) were the sum total for that year? Well, those … END_OF_DOCUMENT_TOKEN_TO_BE_REPLACED