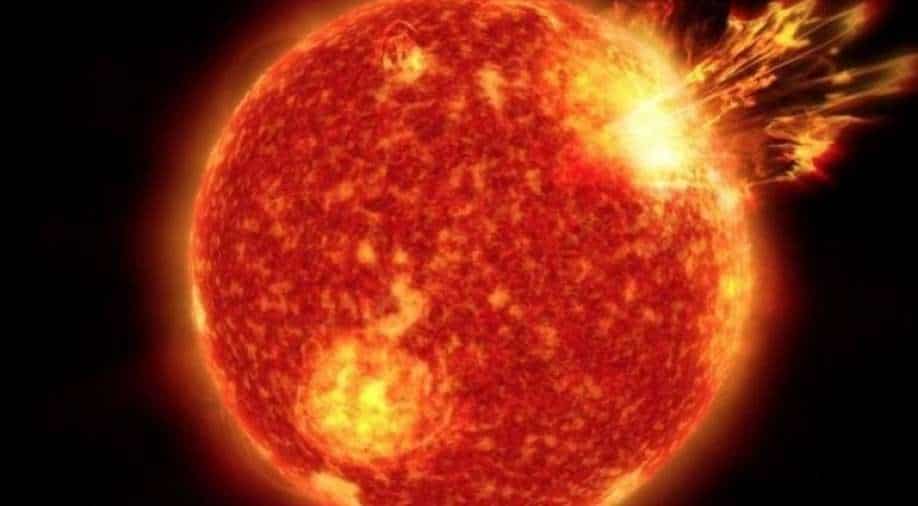 Sun is a violent, explosive star. It is constantly churning out heat and matter in the form of solar flares. Though Earth’s atmosphere shields use from the worst, the solar flares pack enough punch for our satellites to malfunction and power grids to get disrupted.

Solar activity has an 11-year cycle during which it increases and decreases. However, scientists and researchers found that solar storms were of lessened intensity during Cycle 24 which lasted between 2008 and 2019, the Coronal Mass Ejections (CME) were of lesser intensity than those in Cycle 23 (1996-2007).

Scientists have found that average radial size of CMEs in Cycle 24 was just two-thirds of those in Cycle 23.

This was baffling the scientists as decrease in interplanetary gas pressure in space during Cycle 24 should have meant that CMEs should have been more intense than before. But the intensity decreased.

Scientists led by Dr Wageesh Mishra of Indian Institute of Astrophysics have found a reason behind this.

Dr Mishra has been quoted in media reports as saying that interstellar pressure indeed decrease during Cycle 24 but this effect was accompanied by reduction in magnetic content of CMEs. This was the reason why coronal mass ejections were of reduced intensity than in the previous cycle.

The work of these scientists has been published in Frontiers in Astronomy and Space Sciences.

Everyone loves talking about astrology. When we talk about Horoscopes we are usually talking about the astrology that originated in Mesopotamia (c. … END_OF_DOCUMENT_TOKEN_TO_BE_REPLACED

If you know of local business openings or closings, please notify us here.PREVIOUS OPENINGS AND CLOSINGS· Air Products and Chemicals Inc.'s chosen … END_OF_DOCUMENT_TOKEN_TO_BE_REPLACED