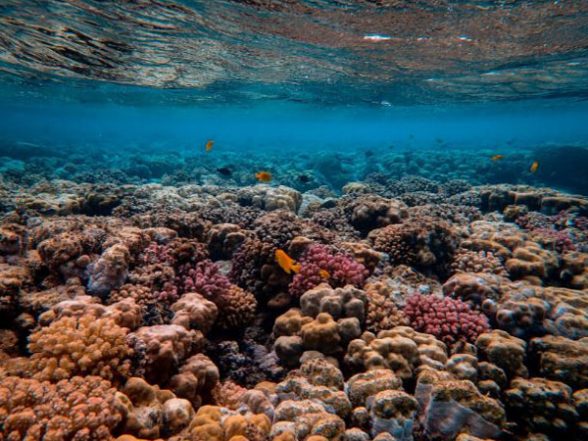 Florida [US], August 21 (ANI): Specialized immune cells in the cauliflower coral and starlet sea anemone that can help fight infection has been identified by scientists during a recent study.

The findings published in the journal Frontiers In Immunology are important to better understand how reef-building corals and other reef animals protect themselves from foreign invaders like bacteria and viruses found in and around coral reefs.

The study, titled ‘Functional Characterization of Hexacorallia Phagocytic Cells’, was led by scientists at the University of Miami (UM) Rosenstiel School of Marine and Atmospheric Science and the Ben Gurion University of the Negev.

The researchers found that immune cells make up about three per cent of the total cell population and that they have at least two populations of immune cells that perform functions unique from digestion.

“These findings are important because they show that corals have the cellular capabilities to fight infection and that they have unique cell types that were previously not known,” said Nikki Traylor-Knowles, an assistant professor of marine biology and ecology at the UM Rosenstiel School and co-senior author of the study.

To uncover these specialized immune cells, the researchers exposed foreign particles such as bacteria, fungal antigens, and beads into a cauliflower coral (Pocillopora damicornis) and starlet sea anemone (Nematostella vectensis) in the laboratory. They then used a process, called fluorescence-activated cell sorting, to isolate different cell populations.

They found that specialized cells, known as phagocytic cells, engulfed the foreign particles, while small, fluid-filled structures inside the cells, called phagosomes, worked to destroy the invaders as well as their own damaged cells.

Immune systems in animals provide an important protective defence response to recognize and destroy foreign substances in their tissues.

“We need to have a better understanding of how coral cells perform specialized functions such as fight infections as the climate change crisis drastically reduces global coral reef biomass and diversity worldwide,” said Traylor-Knowles. “Our findings can help in the development of diagnostic tools for assessing coral health.”

The study’s authors include Nikki Traylor-Knowles, Grace Snyder and Michael Connelly from the UM Rosenstiel School; William Browne from the UM Department of Biology; Shir Eliachar, Shani Talice, Orly Gershoni-Yahalom, Uzi Hadad and Benyamin Rosental from Ben Gurion University of the Negev; Caroline Palmer from the University of Plymouth.

Learning you have an incurable cancer is not a diagnosis anyone is ever prepared for. While cancer can cause almost every symptom imaginable, … END_OF_DOCUMENT_TOKEN_TO_BE_REPLACED