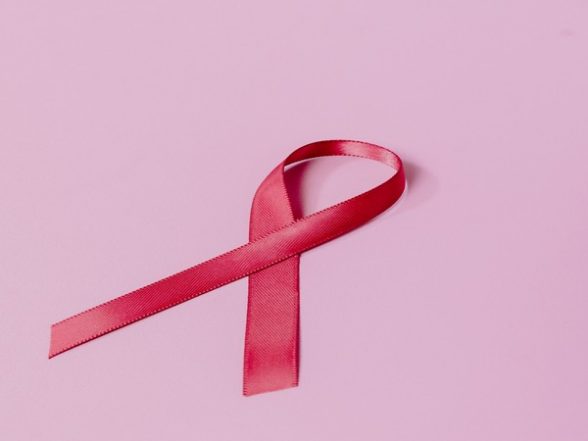 Washington [US], November 6 (ANI): As per a new study, further evidence has been provided suggesting that chemotherapy enhances cancer’s spread beyond the primary tumour, which further shows how one chemo drug allows breast cancer cells to squeeze through and attach to blood vessel linings in the lungs.

The findings of the study were published in the ‘International Journal of Molecular Sciences’. The research in mice leaves no doubt that the chemo drug caused changes to non-cancer cells that enable this process. Scientists pre-treated healthy mice with the chemotherapy agent and gave them intravenous injections of breast cancer cells four days later.

Within three hours of injection, the cancer cells were penetrating weakened junctions between blood vessel cells in the lungs and binding to those vessels’ underlining structure — avoiding being washed away by blood flow.

“This is the key step giving cancer cells a foot in the door at a secondary site,” said Tsonwin Hai, professor of biological chemistry and pharmacology at The Ohio State University and senior author of the study.

“The whole point of our pre-treatment model is to ask the question: Does chemotherapy affect normal cells in such a way that they will turn around and help cancer cells? The answer is yes. It’s a cautionary note for the use of chemotherapy,” Hai added.

Hai has studied the underpinnings of cancer metastasis for years, previously finding that activation of a specific gene in immune cells is a crucial link between stress and cancer’s spread and that the chemo drug paclitaxel sets off molecular changes in immune cells that allow breast cancer cells to escape from a tumour.

This new study zeroed in on the effects of the chemo drug cyclophosphamide on non-cancer cells before there is any cancer present, focusing on the lungs as the site of metastasis.

Researchers injected one dose of the chemo into mice and waited four days for the animals to metabolise and excrete the drug. They then gave the mice intravenous injections of breast cancer cells, allowing them to travel to the lungs.

Once in the lungs, the cancer cells were more likely to latch onto blood vessel walls if the animals were pre-treated with chemo. Researchers identified two reasons: First, spaces had opened up between cells in the vessel lining. Beyond that, a second material under those cells, called the basement membrane, had changed properties in a way that let cancer cells latch on so they wouldn’t be whisked away by blood flow.

“The endothelial cells lining the inner side of the blood vessel are like a brick wall, and each brick tightly adheres to the next one,” said Hai, also an investigator in Ohio State’s Comprehensive Cancer Center.

“What we found when we treated mice with chemotherapy is that it makes the vessel leaky, so the tight junction is not as tight anymore and the cancer cells can squeeze themselves through the bricklayer. We also found that chemotherapy modified the underlying basement membrane so once the cancer cells squeeze through, they find a place to grab onto,” added Hai.

In control mice that did not receive chemotherapy, the cancer cells’ adhesion to blood vessel walls was comparatively minimal, Hai said.

The research team determined that cyclophosphamide’s presence led to an increase in levels of an enzyme in the blood called MMP-2, and that increase induced changes to the basement membrane that allowed cancer cells to attach to the blood vessel lining.

“We focused here on how chemo affects the non-cancer cells in the lung — the second site in our model — rather than that at the primary tumours because cancer cells’ escape from a primary tumour is not a late event — it can actually happen very early on,” Hai said.

This work was supported in part by the US Department of Defense. Co-authors are Justin Middleton and Subhakeertana Sivakumar, both of Ohio State. (ANI)

SHAWNEE TOWNSHIP — Bob and Connie Sutherland have been in the swimming pool business for 53 years, and it all started from an ad in the … END_OF_DOCUMENT_TOKEN_TO_BE_REPLACED

Washington [US], May 21 (ANI): According to a new Cornell research, Cnidocytes, also known as stinging cells are characteristics of Corals and … END_OF_DOCUMENT_TOKEN_TO_BE_REPLACED