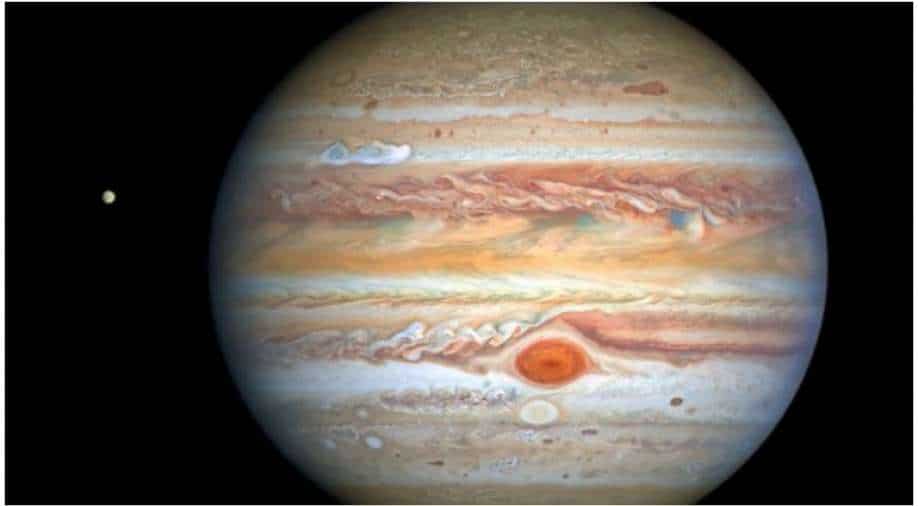 We all have seen alien movies. The space-faring adventurers often encounter them somewhere in the universe. The first conversation is always gibberish, with strange noises made by the aliens that can sound anything between a frightening hum to some electronic buzz that resembles children’s video games. Creative imagination runs wild when it comes to representing alien worlds.

But if a legit space noise sounded not far away from these seemingly imaginative works, it’s often scary. NASA has released noises captured near Jupiter’s moon Ganymede.

Ganymede is the largest moon in our solar system. It is so large that it size dwarfs Mercury, a full-fledged planet. Ganymede also has its own magnetic field, something that other moons in solar system can’t boast of.

NASA has converted these waves into sound and has released what can be perhaps scientifically considered as sound of Ganymede. The eerie audio has been released. Check out

Scientists believe that Ganymede has oceans below ice on its surface. They think that life may even exist in these alien waters. So was an alien heard calling out to humanity in the sound clip? Hear again and take a guess.

Ice cream lovers rejoice! We have found a keto-friendly cold dessert that will blow your mind. We didn't think it was possible; in fact, we almost … END_OF_DOCUMENT_TOKEN_TO_BE_REPLACED

Nick Read will step down as head of Vodafone by the end of the year and be replaced on an interim basis by his finance director, bringing an end to a … END_OF_DOCUMENT_TOKEN_TO_BE_REPLACED