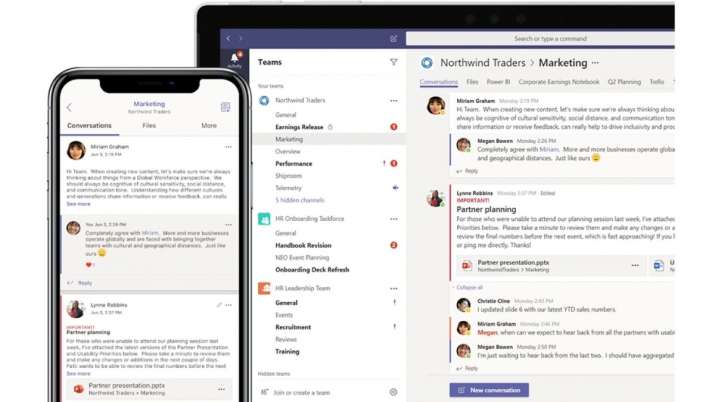 Driven by online work and learning amid the ongoing pandemic, Microsoft Teams now have 145 million daily active users globally, almost double the number a year ago, CEO Satya Nadella informed. The number of organisations with more than 1,000 users integrating their third party and line of business applications with Teams has increased nearly three times year-over-year.

“In markets where employees have returned to the workplace including Australia, China, New Zealand, South Korea and Taiwan, we have seen usage continue to grow,” Nadella said during the company’s earnings call late on Tuesday.

The company has added more than 300 features in Teams over the past year, including more than 100 new capabilities so far in 2021.

New inclusive meeting experience for hybrid work including custom gallery views enable anyone to be seen, heard and participate whether they are at home, in a meeting room, at an office or on a factory floor.

“Customers like GM and Sanofi are using Teams for unified communications including for voice. Teams is extending beyond communications, creating an entirely new category of modern collaborative applications as organizations use Power Platform to build custom apps, bots and workflows within Teams,” informed Nadella.

“We added support for shared workspaces with people outside the organisation and we are seeing Teams used for everything from virtual retail showrooms and personal shopping to interactive webinars,” he added. Microsoft Teams rival Zoom revealed last year it had 300 million daily active participants while Google said it had 100 million daily active participants on its Meet app.

Nairobi [Kenya], May 15 (ANI): Environmental methane emissions are fuelled by the natural burps and belches from livestock ruminants like cows, … END_OF_DOCUMENT_TOKEN_TO_BE_REPLACED