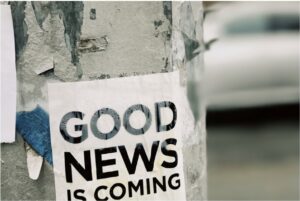 People who know about the science of positive and adverse childhood experiences (PACEs) understand that PACEs are at the root of violence. The news media is getting there. In the last couple of years of mass shootings, more articles examined the childhood of the shooter, but more could be done, as I pointed out in essays I wrote after the Buffalo, New York, and Uvalde, Texas, shootings.

. . . My take on examining shooter’s families: I think it’s great to report what happened in a shooter’s family…as long as a reporter takes a trauma-informed approach. That means reporting without using words of blame, shame or punishment…so a headline that says ‘Are the parents to blame?’ would change to ‘What happened in that family?’

Parents pass on ACEs [adverse childhood experiences]—and positive childhood experiences (PCEs), for that matter—to their children. So, if they aren’t cognizant of their own ACEs, how can they possibly understand their child’s ACEs? And where did parents get their ACEs and PCEs? From their parents and environment. How to break the cycle? Educate families, organizations and communities about PACEs science, and integrate practices and policies based on PACEs science in all organizations in every community.

. . . Over [the] last 25 years, the main development that has changed our understanding of violence—and one that is actually leading to remarkable solutions—is the CDC-Kaiser Permanente Adverse Childhood Experiences Study, which was published in 1998 and opened the door to our understanding of why humans do what they do. Since then, we’ve learned that the roots of violence and being a victim of violence are the same roots that lead to chronic disease, mental illness, and economic problems; they lie in the science of positive and adverse childhood experiences. This knowledge has provided a new mindset on how to change human behavior—criminal, unhealthy or unwanted behavior. This mindset changes a traditional approach of using practices and policies based on blame, shame and punishment to an approach that uses practices and policies grounded in understanding, nurturing and healing.”

Back to Around the Web

We were unable to send the article. A surgery center in Springdale sold for $2.6 million. Willow … END_OF_DOCUMENT_TOKEN_TO_BE_REPLACED

U.S. chip designer Qualcomm Inc on Thursday said its automotive business “pipeline” increased to $30 billion, up more than $10 billion since its third … END_OF_DOCUMENT_TOKEN_TO_BE_REPLACED