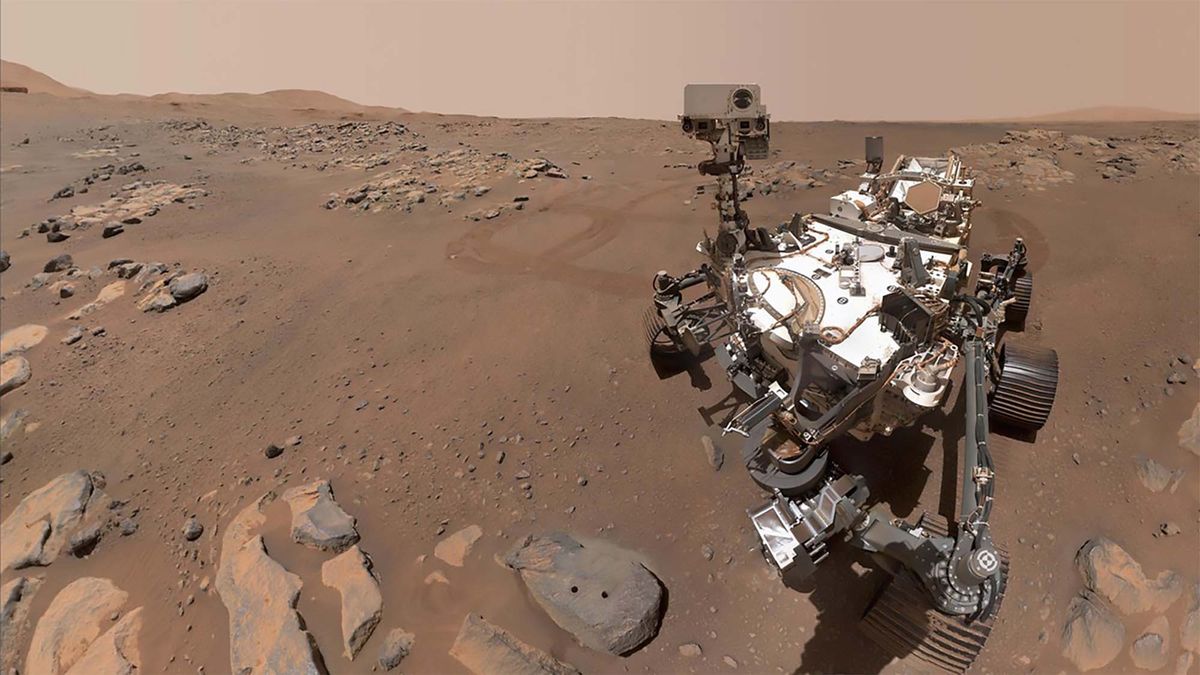 This week’s science news was a little less earthy and a lot more spacey than usual, starting off with a couple of SpaceX news developments.

First, we had news of a trio of new privately-funded SpaceX missions in the works, including the first crewed flight of Starship. Meanwhile, we learned that it isn’t a SpaceX booster that’s set to hit the Moon, but that doesn’t make it better in the least bit.

We also got word of the largest radio galaxy ever found, and its size is genuinely mind-boggling (and also provides some fodder for the debate over how we classify galaxies).

We also heard from NASA astronomers about some new ways they plan to use the new James Webb Space Telescope, including taking a better look at interstellar visitors as they pass through our solar system.

Finally, we ended the week celebrating the NASA Mars Perseverance rover’s one-year “landiversary,” and dug into some of the celebratory NASA livestreams to look back on its first year on the Mars ground.

So, if you’ve been looking for space news this week, you’ve come to the right place.

It’s been a whole year since NASA’s Mars Perseverance rover landed in the Jezero Crater at 3:55PM EST on February 18, 2021, and NASA is celebrating with a livestream to review its year of trials, tribulations, and accomplishments.

Perseverance is on Mars looking for signs of ancient life in a large crater that is believed to have once been an ancient lakebed back when Mars had liquid water on its surface a little over three billion years ago.

So far, it hasn’t turned up any ancient Martian fossils, but it has only really just started its work in the Jezero Crater. The first few weeks and months after landing was spent performing diagnostics, calibrating its equipment, and ensuring all its systems were in good working order.

There was also the matter of deploying the Mars Ingenuity helicopter, as well. Still, Percy, as the rover is affectionately called by space geeks, has managed to carry out a good bit of analysis in its first year on Mars, and we’re hoping for a lot more to come as it enters its second year of service.

Earlier in the week, we learned that billionaire Jared Issacman – who funded and lead last year’s Inspiration4 mission, the first-ever orbital mission with an entirely civilian crew – is planning three more missions with SpaceX, including the first-ever crewed SpaceX Starship mission.

Dubbed “Project Polaris”, the three missions will start with a record-breaking orbital flight that aims to orbit the Earth at a higher altitude than ever attempted before, and will also include the first-ever civilian spacewalk by at least two of the crew members.

We don’t know much about the second planned mission, but the third is expected to be the crewed Starship flight. Isaacman is providing the funding for the three missions contracted with SpaceX, and he will command at least the first of the three missions.

The first flight is planned for later this year, with the final mission planned for sometime in 2023.

In a couple of weeks, a large piece of space debris is going to hit the far side of the Moon, and for years, the debris was thought to be a spent second stage segment of a SpaceX Dragon rocket from 2015.

While that might sound like SpaceX is off the hook for littering the Moon with space junk, its space junk is still up there somewhere, and the fact that we’re losing track of which junk belongs to whom is a real problem.

The accumulation of space debris is posing a genuine threat to future space operations, so the sooner we stop dumping trash in low Earth orbit and cleaning up what we’ve already put up there, the better off we’ll all be.

Galaxies are massive by their very nature, but some galaxies are bigger than others, and newly discovered radio galaxy Alcyoneus is so big it nearly breaks your brain just trying to think about it.

Radio galaxies are special types of elliptical galaxies with especially active galactic nucleii – that is, central supermassive black holes (SMB) that are gobbling up material.

Not all of that material is devoured, however, and a small fraction of it gets shot out from the SMB’s magnetic poles at a significant percentage of the speed of light.

These relativistic jets, as they’re called, can travel for hundreds of thousands of light-years and form enormous radio-loud lobes of charged particles around the “host” galaxy.

The lobes of Alcyoneus though stretch five megaparsecs from the end of one lobe to the end of the other, covering a distance on 16.3 million light-years, forming the largest structure on record that was produced by a single galaxy.

Webb Will Help Spot the Next ‘Oumuamua

As we get ready for the James Webb Space Telescope to release its first images in the next couple of months, NASA’s already planning for new ways to use its new $10 billion space telescope.

One critical task is to hone in on interstellar “targets of opportunity” that pass through our solar system.

After the 2017 discovery of 1I/‘Oumuamua, the first object we’ve spotted in our solar system of interstellar origin, we spotted an interstellar comet, 2I/Borisov in 2018, but both were so far from us that it was hard to gather data on either of them. Astronomers hope that Webb can change that going forward.

“The supreme sensitivity and power of Webb now present us with an unprecedented opportunity to investigate the chemical composition of these interstellar objects and find out so much more about their nature: where they come from, how they were made, and what they can tell us about the conditions present in their home systems,” said Martin Cordiner, the principal investigator for the Webb Target of Opportunity program at the Space Telescope Science Institute.

Only time will tell and it’s hard to predict when the next target of opportunity will present itself, but there’s every reason to hope that we’ll be ready when the time comes.

After more than three decades in Russia, McDonald’s — an icon of U.S. lifestyle and capitalism — has put its Russia business up for sale as it works … END_OF_DOCUMENT_TOKEN_TO_BE_REPLACED

LIBN’s Digital Edition is available on most mobile and desktop browsers. Long Island Business News offers subscribers a digital edition of the … END_OF_DOCUMENT_TOKEN_TO_BE_REPLACED