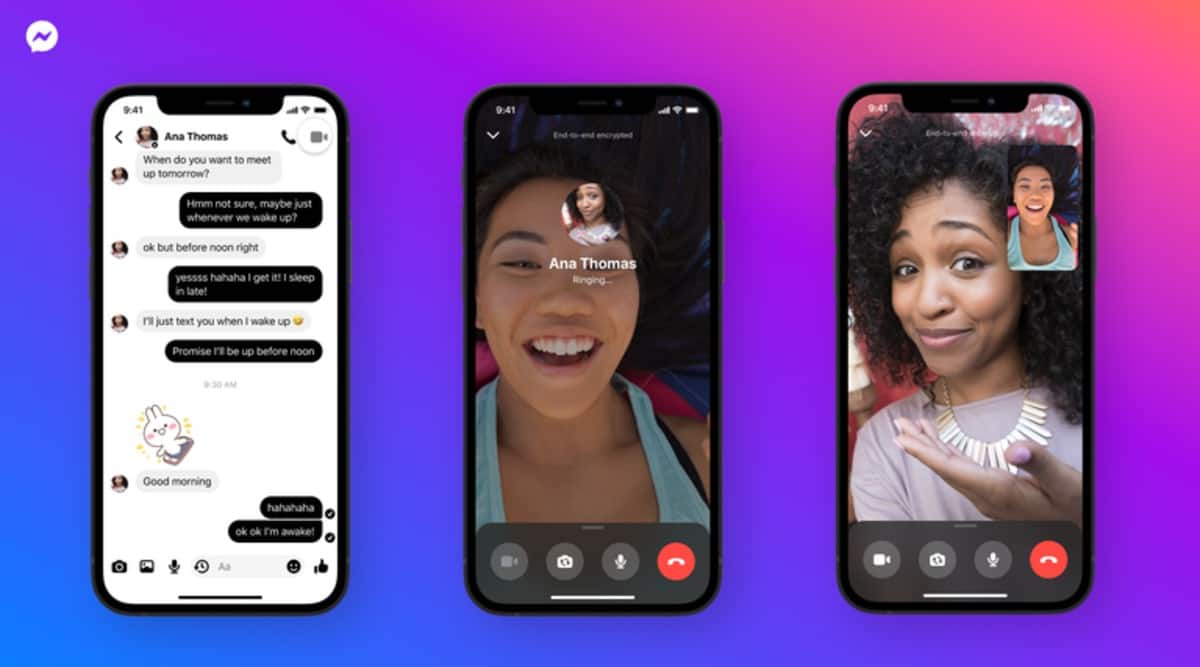 Facebook Messenger is adding End-to-End Encryption or E2EE for voice and video calls. The company has also updated controls for disappearing messages. The social media giant has announced the new update in a blog post.

“People expect their messaging apps to be secure and private, and with these new features, we’re giving them more control over how private they want their calls and chats to be. In the past year, we’ve seen a surge in the use of audio and video calling with more than 150 million video calls a day on Messenger. Now we’re introducing calling to this chat mode so you can secure your audio and video calls with this same technology if you choose,” Ruth Kricheli, director of product management for Messenger, said in a blog post on Friday.

As of now, only one-on-one text chats were end-to-end encrypted and now the same is available for calls. This basically means that “nobody else, including Facebook, can see or listen to what’s sent or said.”

“End-to-end encryption is already widely used by apps like WhatsApp to keep personal conversations safe from hackers and criminals,” the company said. Facebook believes that E2EE is “becoming the industry standard and works like a lock and key, where just you and the people in the chat or call have access to the conversation.”

Apart from E2EE, Facebook Messenger has also updated the expiring message feature. The social media giant says that not all the users always want or need their messages to stick around, so the new timer controls let someone decide when their messages expire in the chat.

“We’ve updated this setting to provide more options for people in the chat to choose the amount of time before all new messages disappear, from as few as 5 seconds to as long as 24 hours,” Facebook said.

SHAWNEE TOWNSHIP — Bob and Connie Sutherland have been in the swimming pool business for 53 years, and it all started from an ad in the … END_OF_DOCUMENT_TOKEN_TO_BE_REPLACED

Washington [US], May 21 (ANI): According to a new Cornell research, Cnidocytes, also known as stinging cells are characteristics of Corals and … END_OF_DOCUMENT_TOKEN_TO_BE_REPLACED