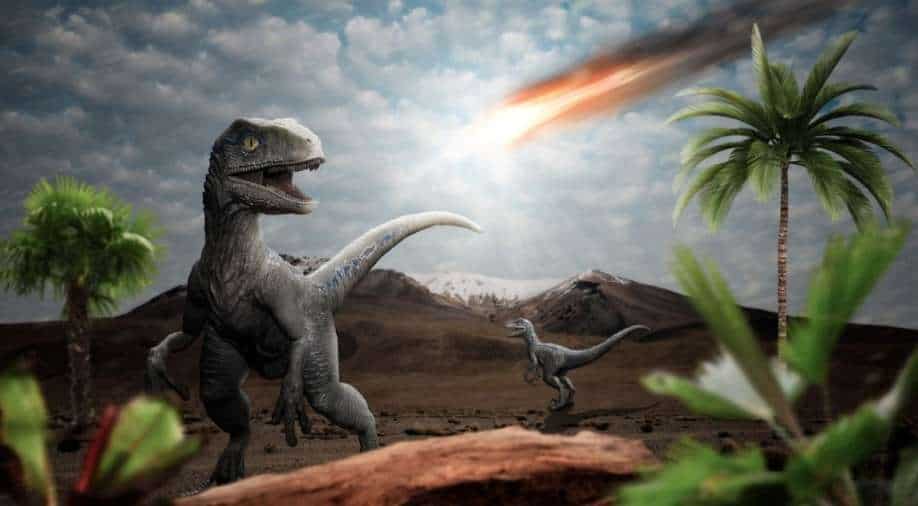 How did the dinosaurs become extinct…? It is probably one of the most googled questions as the curiosity to know more about dinosaurs keeps intriguing people.

The palaeontological studies of the fossilised remains such as bones and teeth of the extinct dinosaurs have given sufficient information about the species as the experts now analyse physiological aspects to behavioural characteristics of the extinct animals.

The research in this area has shed light upon the events that led to their disappearance from the planet Earth. As per the geological that, the dinosaurs became extinct about 66 million years ago, somewhere between the Cretaceous and Paleogene eras.

It is understood and also the studies have indicated that a massive environmental change which was a large asteroid impact with Earth or vast volcanic eruption caused the wipeout of non-avian dinosaurs.

The Chicxulub crater, which is below the waters of the Gulf of Mexico, is the impact size when the asteroid travelling at a speed of approximately 43,000 km/h struck Earth. Studies found out that it was measured about 12 kilometres in diameter.

More than 75 per cent of all life on Earth was extinct after the impact, however, scientists are still studying the after-effects of this impact. The life around the area of impact must have been killed instantly but that was not just it, the damage continued afterwards also.

But what happened after that?

New research has found that the asteroid’s impact led to years of darkness on the Earth and soot from raging wildfires filled the sky, blocking the sunlight to reach the surface. It contributed to the wave of extinctions that followed.

As per the study, the cloud of ash and smoke and soot particles persisted for up to two years and caused darkness in large parts of the Earth. It also made it hard for anything to grow or survive.

The research revealed that the dense clouds of smoke and ash could have led to the photosynthesis process to fail and leading to ecosystem collapse. It is also noted that even after sunlight returned, this decline could have persisted for decades more.

Peter Roopnarine, a curator of geology in the Department of Invertebrate Zoology and Geology at California Academy of Sciences, and a presenter at the AGU meeting told Live Science in an email that how the darkness played a part in the mass extinctions. He said that in the past decade or so that researchers developed models showing how that darkness may have impacted life.

“The common thinking now is that global wildfires would have been the main source of fine soot that would have been suspended into the upper atmosphere,” Roopnarine said.

He added, “The concentration of soot within the first several days to weeks of the fires would have been high enough to reduce the amount of incoming sunlight to a level low enough to prevent photosynthesis.”

Learning you have an incurable cancer is not a diagnosis anyone is ever prepared for. While cancer can cause almost every symptom imaginable, … END_OF_DOCUMENT_TOKEN_TO_BE_REPLACED