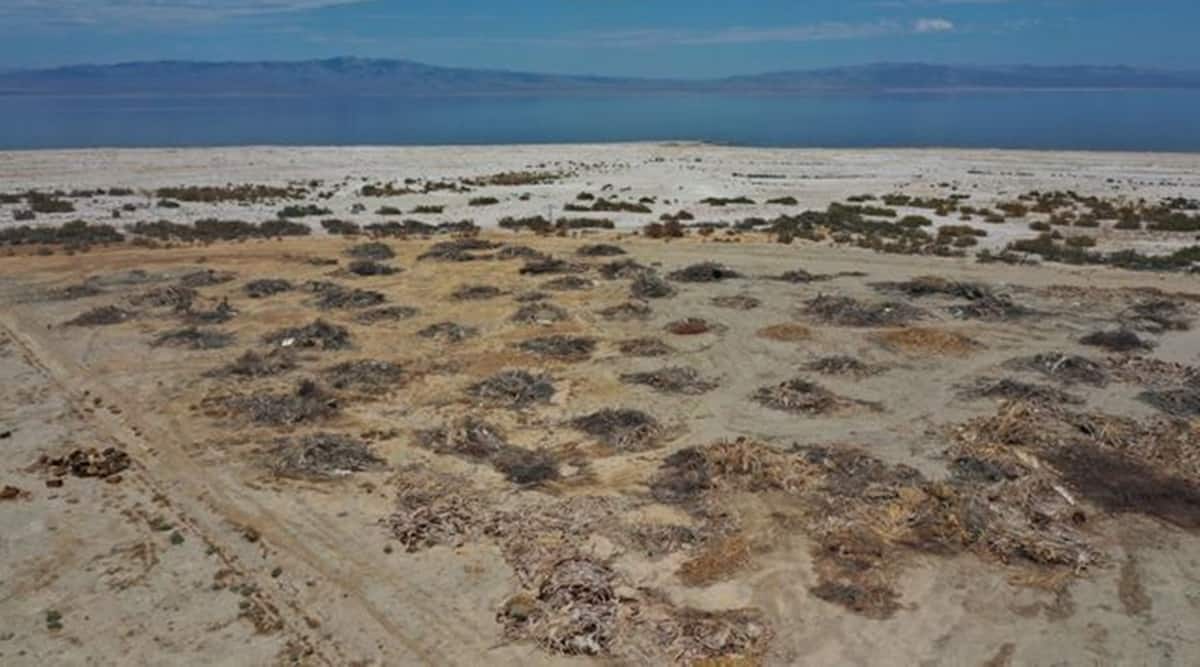 A vicious cycle linking the depletion of natural resources with violent conflict may have gone past the point of no return in parts of the world and is likely to be exacerbated by climate change, a report said on Thursday.

Food insecurity, lack of water and the impact of natural disasters, combined with high population growth, are stoking conflict and displacing people in vulnerable areas, the Institute for Economics and Peace (IEP) think-tank said.

IEP uses data from the United Nations and other sources to predict the countries and regions most at risk in its “Ecological Threat Register”.

⭕ Get the data behind the global threats amplified by climate change, from food and water risk to rapid population growth and natural disasters.

Serge Stroobants, IEP director for Europe, the Middle East and North Africa said the report identified 30 “hotspot” countries – home to 1.26 billion people – as facing most risks. This is based on three criteria relating to scarcity of resources, and five focusing on disasters including floods, droughts and rising temperatures.

“We don’t even need climate change to see potential system collapse, just the impact of those eight ecological threats can lead to this – of course climate change is reinforcing it,” Stroobants said.

Afghanistan gets the worst score on the report, which says its ongoing conflict has damaged its ability to cope with risks to water and food supplies, climate change, and alternating floods and droughts. Conflict in turn leads to further resource degradation, according to the findings.

Six seminars including governments, military institutions and development groups last year returned the message that “it is unlikely that the international community will reverse the vicious cycles in some parts of the world”, IEP said.

This is particularly the case in the Sahel and the Horn of Africa, which has seen more and worsening conflicts over the last decade, it said. “With tensions already escalating, it can only be expected that climate change will have an amplifying effect on many of these issues,” the report said.

Learning you have an incurable cancer is not a diagnosis anyone is ever prepared for. While cancer can cause almost every symptom imaginable, … END_OF_DOCUMENT_TOKEN_TO_BE_REPLACED