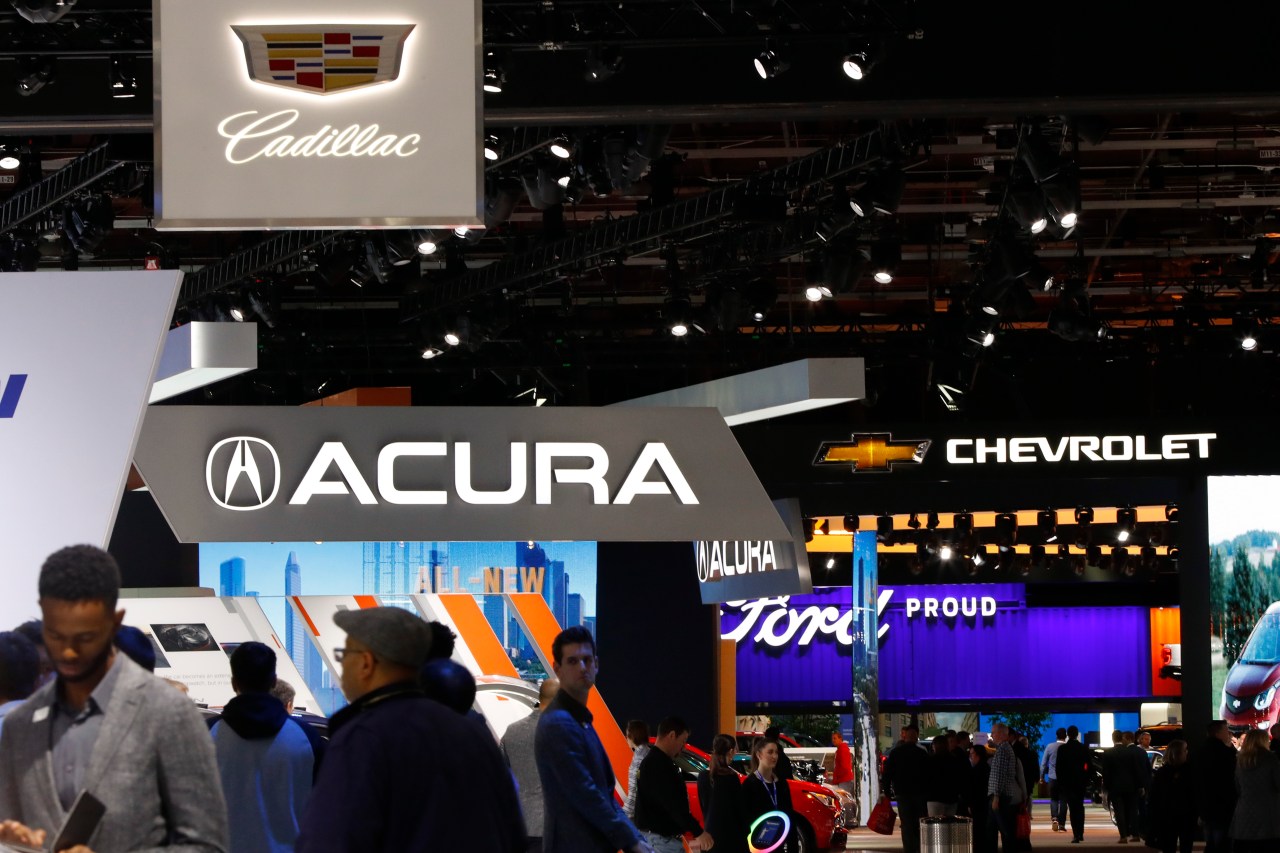 FILE – In this Thursday, Jan. 17, 2019, file photo, the floor of the North American International Auto Show is shown in Detroit. The head of Detroit’s big international auto show says it will return to the Motor City next year, but with smaller indoor displays, and more emphasis on experiencing vehicles and technology outside. The North American International Auto Show was canceled in 2020, due the coronavirus pandemic, and it will be replaced this year by an outdoor event at a racetrack. (AP Photo/Paul Sancya)

DETROIT (AP) — The head of Detroit’s big international auto show says it will return to the Motor City next year, but with smaller indoor displays, and more emphasis on experiencing vehicles and technology outside.

The North American International Auto Show was canceled last year due the coronavirus pandemic and will be replaced this year by an event at a racetrack north of Detroit.

But Rod Alberts, executive director of the Detroit Auto Dealers Association, which runs the show, says that next year there will be an event in the city’s downtown.

“That’s the place it belongs,” Alberts told the Automotive Press Association of Detroit on Thursday.

But he said the show will have to change from the past, when automakers built elaborate and costly multi-story displays and unveiled their most important new models. Now car companies are finding they can get good exposure and spend less by doing virtual unveilings outside of auto shows, where vehicles can get overshadowed by other debuts. Some automakers had pulled out of Detroit and other shows.

Alberts said Detroit and other shows have to change to appeal more to millennials, which are two generations after baby boomers and like to experience things rather than just view them.

He envisions a mainly a walkable outdoor event encompassing the entire downtown, with smaller displays and maybe some electric-vehicle driving indoors. It would be during good-weather months instead of the traditional frigid January in Detroit.

“You can’t just keep doing the same things over and over again,” Alberts said.

The show had been scheduled at the downtown convention center for September of this year, but in January organizers decided to replace it with an outdoor event called “Motor Bella” at the M1 Concourse track in Pontiac, Michigan.

Alberts said Motor Bella could be incorporated into a future downtown auto show, or could be a separate event in the future. It will have track driving, an off-road driving area, and displays by automakers and technology companies. He said there will be new vehicle debuts at the event from Sept. 21-26, but he wasn’t sure how many.

Last month, the Chicago Auto Show announced that it would be back downtown in July. The New York International Auto Show is scheduled to make a comeback from Aug. 20-29 at the Javits Convention Center, while the Los Angeles Auto Show is to return from Nov. 19-28 at the city’s convention center.

Elizabeth Hurley just rocked a hot pink bikini in a new Instagram post. Fans and followers are swooning over her poolside confidence and glowing skin. … END_OF_DOCUMENT_TOKEN_TO_BE_REPLACED