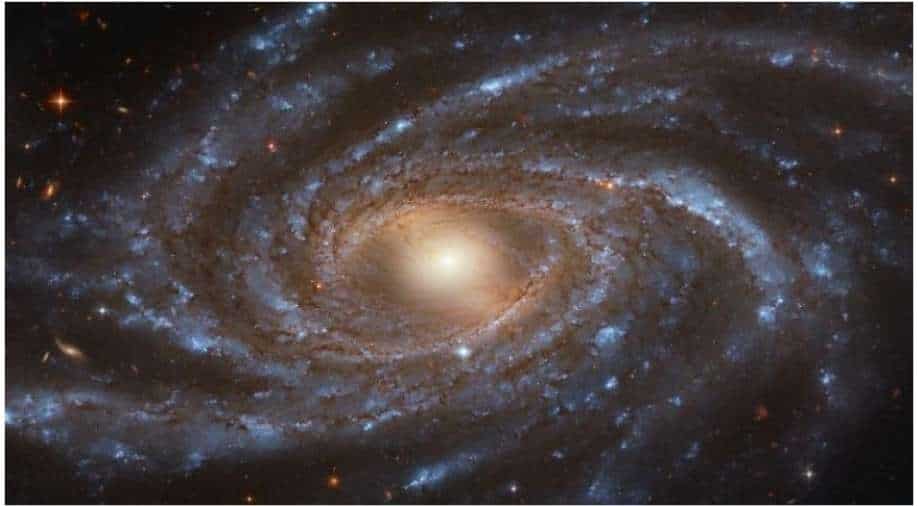 Dark Matter is indeed an intriguing thing in space. Like normal matter, it cannot be felt or observed directly. It does not interact with light so even that door is closed. Dark Matter must be ‘observed’ through the gravitational effect it has on matter in space. The true nature of Dark Matter is unknown but scientists are sure that it performs vital function for the universe.

A new map of Dark Matter made with the help of Artificial Intelligence (AI) is showing ‘bridges’ made up of Dark Matter that are connecting the galaxies. Scientists and researchers from the American Astronomical Society have made this map.

The map focusses on local universe, the neighbourhood that surrounds Milky Way galaxy.

Researchers trained a machine-learning program on simulations of visible and dark matter. Sophisticated set of simulations by the name of Illustris-TNG were used for this study. After the machine learning and testing phase, the scientists applied this to real-world data.

This threw up map of Dark Matter in local universe and its interaction with visible matter.

The research was published in Astrophysical Journal.

Are you still using the same body wash your mom bought you in high school? Well, then it's time for an upgrade. Or maybe you’re more of a bar soap … END_OF_DOCUMENT_TOKEN_TO_BE_REPLACED