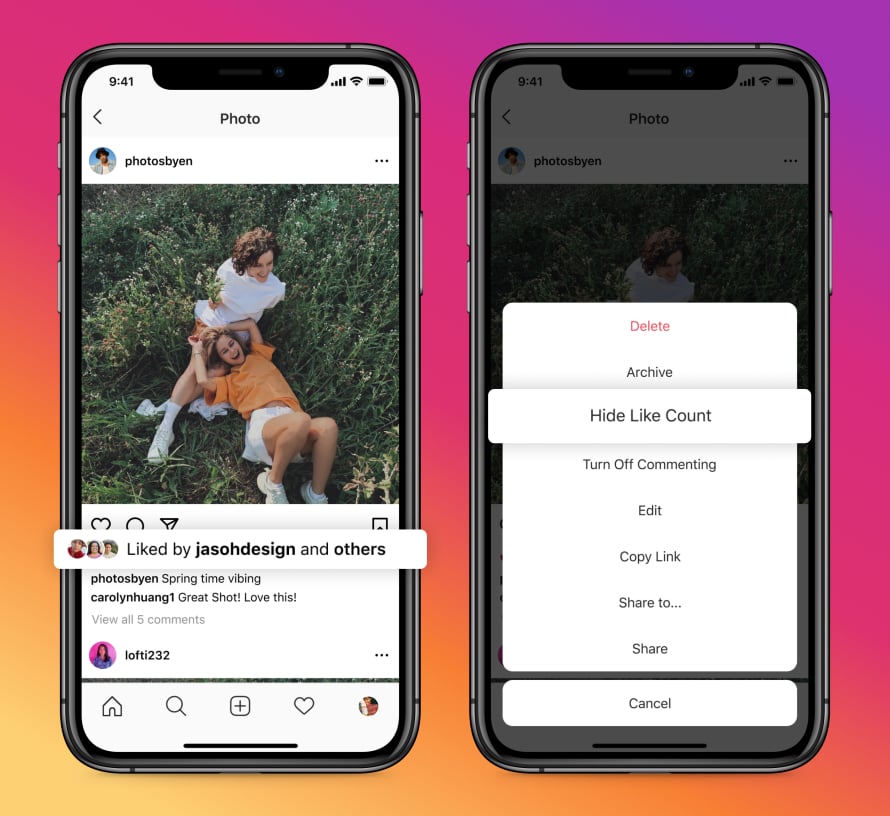 Facebook and Instagram have made it possible for users to hide the public “likes” their posts have received.

It’s a move that may upend one of the core dynamics of those social media platforms, as likes are often seen as an indicator of a person’s influence.

Facebook said it has been testing the ability for users to hide their like counts since 2019, as a way of making its platforms less stressful for users. It explained that some users may have felt pressure to get as many likes as possible and would be uncomfortable with posting if their content wasn’t getting enough.

Facebook’s move is designed to alleviate criticisms that its social media platforms can be harmful to the well-being of some users. But because the ability to hide like counts is optional, it’s not clear how many people will actually take that step.

“What we heard from people and experts was that not seeing like counts was beneficial for some and annoying to others, particularly because people use like counts to get a sense of what’s trending or popular, so we’re giving you the choice,” Facebook explained in a blog post.

If a user decides against sharing public like counts on their posts, others will still be able to see a list of those who liked it, but not the total number of likes it received. Of course, users will be able to see the like count themselves, it just won’t be displayed to anyone else.

Facebook said this will let users focus on their photos and videos being shared, as opposed to focusing solely on the number of likes it receives.

Facebook and Instagram users can also decide not to see how many likes other people’s posts attract as they scroll through their news feed. Just as with sharing the number of likes your own posts receive, the option to see or not see likes on other people’s content will be left on by default, but can be changed via the “new posts” section in the settings.

It remains to be seen how people in the real estate industry will react to this new feature. A recent survey by the National Association of Realtors shows that real estate agents are heavy users of social media for marketing and professional outreach, with 74% using Facebook professionally and 44% on Instagram professionally.

Many real estate pros want to be able to demonstrate how popular, and therefore how trusted, they are to their audiences, so hiding the number of likes they are could be detrimental to that. Then again, those agents who don’t already have such a big presence on social media may feel more confident about trying to build up a base of followers if they can hide a low like count.