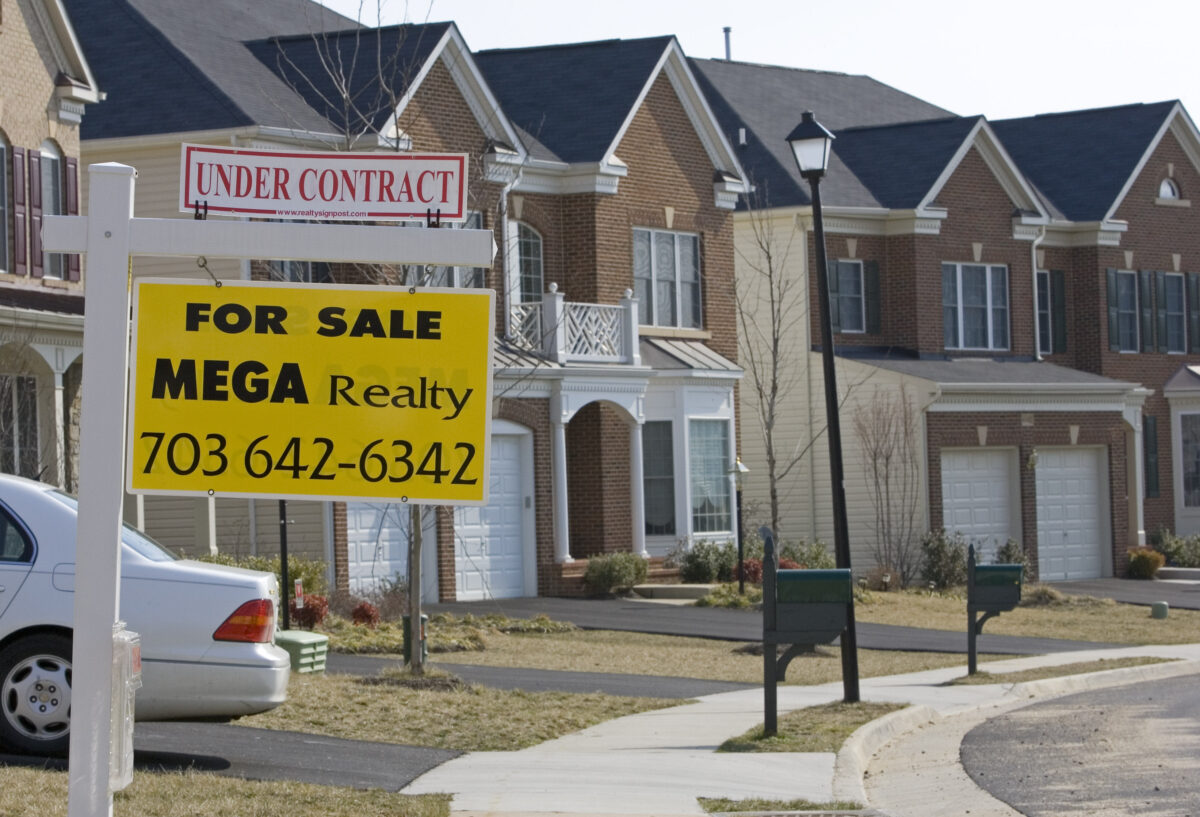 U.S. mortgage rates jumped to 5.78 percent in the largest one-week increase since 1987, reported Freddie Mac on June 16, after the Federal Reserve hiked interest rates the day prior, adding further pressure on homebuyers and slowing down the already weak housing market.

The average for a 30-year loan jumped to 5.78 percent by more than half a percentage point, up from 5.23 percent last week, the highest it has been since November 2008 during the housing crisis.

The average rate on 15-year, fixed-rate mortgages, popular among those refinancing their homes, rose to 4.81 percent from 4.38 percent last week and 2.24 percent, exactly a year ago.

The pandemic-spurred housing bubble is falling from the massive boost it received two years ago, when many Americans working from home during the pandemic took advantage of low mortgage rates to buy housing, driving prices to record highs.

The central bank on June 15 raised interest rates by 75 basis points, the largest hike since 1994, with more rate increases expected by year’s end.

The Fed’s aggressive move to control inflation was spurred by last week’s data that showed inflation in May hitting a four-decade high of 8.6 percent.

The central bank’s benchmark short-term rate, which affects many consumer and business loans, will now be pegged to a range of 1.5 percent to 1.75 percent and it is forecast to double by the end of 2022, but the new rates will likely worsen the housing market situation this year.

“These higher rates are the result of a shift in expectations about inflation and the course of monetary policy,” said Freddie Mac’s Chief Economist Sam Khater.

“Higher mortgage rates will lead to moderation from the blistering pace of housing activity that we have experienced coming out of the pandemic, ultimately resulting in a more balanced housing market.”

The new average for a 30-year mortgage is almost double the 2.93 percent rate from the same time last year.

The S&P Supercomposite Homebuilders Index, which tracks homebuilder sentiment, fell as much as 7.3 percent after the Freddie Mac mortgage data was released.

American homebuilder sentiment had already fallen to a two-year low in June before the release of the new report.

Mortgage applications are down more than 15 percent from 2021 and refinancing is down more than 70 percent, according to the Mortgage Bankers Association.

Sales of pre-existing housing slowed for the third consecutive month in April, due to rising mortgage rates and soaring home prices.

The supply of homes for sale continues to be low, putting additional pressure on buyers, as housing starts fell 14.4 percent month on month to an annualized pace of 1.5 million, according to the Commerce Department on June 16.

Building permits for May, which are a leading indicator of housing market futures, fell 7 percent from April to an annualized pace of 1.69 million.

The rapid rise in mortgage rates, along with a sharp increase in home prices, have been pushing potential homebuyers and investors out of the housing market, with even the strong luxury market taking a hit, as sales fell by 17.8 percent in the three months through April.

Meanwhile, many real estate companies like Compass and Redfin were caught off guard and have begun to lay off sales staff.

Redfin announced on June 14, that it was laying off 8 percent of its workers because of the cooling housing market.

“Higher mortgage rates will lead to moderation from the blistering pace of housing activity that we have experienced coming out of the pandemic, ultimately resulting in a more balanced housing market,” concluded Freddie Mac.

Bryan S. Jung is a native and resident of New York City with a background in politics and the legal industry. He graduated from Binghamton University.

https://www.abouttobounce.com/category/interactive_sports_obstacles/ - Reserve YOUR Obstacle Course Rental from About to Bounce Inflatable Rentals in … END_OF_DOCUMENT_TOKEN_TO_BE_REPLACED

Starbucks pumpkin spice K-cups and ground coffee are back for the season.If you’re like us, you spend the whole summer drinking iced coffee while … END_OF_DOCUMENT_TOKEN_TO_BE_REPLACED