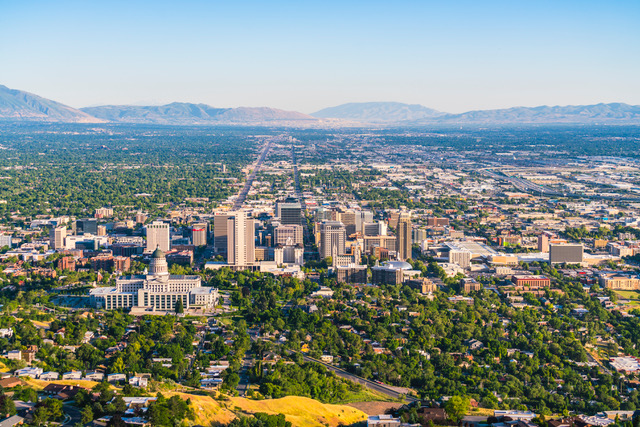 UTAH (ABC4) – Buyers looking to purchase a home in Utah know the real estate market has been rising steadily over the past few years.

Whether you’re a first-time homebuyer or looking to expand your property portfolio, navigating the Utah real estate market can be quite daunting.

In a new study by Florida Atlantic University, researchers took a deeper dive into the current U.S. real estate market. The study sought to find the most overvalued and overpriced housing markets in the country right now.

Three Utah cities have been ranked among the Top 10 most overpriced housing markets in the nation — Ogden, Provo and Salt Lake City.

HOUSING: Millennials are giving up on homeownership

The study analyzed open-source data from Zillow and other real estate providers to rank the Top 100 most overpriced metropolitan cities in the nation.

“The data allows readers to quickly see the premium or discount that they are paying in their metro, on average, and further allows them to make more informed decisions about their real estate investments,” researchers say.

The Top 10 most overpriced housing markets in the U.S. right now are:

Here are the report’s finding’s on Utah’s most overpriced housing markets:

UTAH LIVING: One Utah city now among most diverse in the nation

Earlier this year, Salt Lake City was named one of the fastest-growing housing markets in the country. Realtor.com predicted a 15.2% increase in home sales and an 8.5% increase in overall price change.

Unfortunately, buyers are faced with a trifecta of obstacles including inflation hitting a record 40-year high along with skyrocketing home prices and rising mortgage rates which have also hit a ten-year high this month. The current interest rate for a 30-year-fixed rate mortgage loan has hit 5.29%, forcing buyers to pay more than they ever would compared to years past.

“Home prices are up more than 20%, according to year-over-year data released by the S&P for February and the median home price in the United States has climbed to $375,000,” experts say.

“A report by the Pew Research Center reveals that nearly half of Americans believe the availability of affordable housing is a major problem in their local community,” said Steve Perry, president of the Salt Lake Board of Realtors. “Further, 70% of Americans said young adults today have a harder time buying a home than their parents’ generation did.”

A new report found millennials in particular are struggling the most, with many giving up on the idea of homeownership altogether due to exacerbating financial barriers and a volatile housing market.

https://www.abouttobounce.com/category/interactive_sports_obstacles/ - Reserve YOUR Obstacle Course Rental from About to Bounce Inflatable Rentals in … END_OF_DOCUMENT_TOKEN_TO_BE_REPLACED

Starbucks pumpkin spice K-cups and ground coffee are back for the season.If you’re like us, you spend the whole summer drinking iced coffee while … END_OF_DOCUMENT_TOKEN_TO_BE_REPLACED