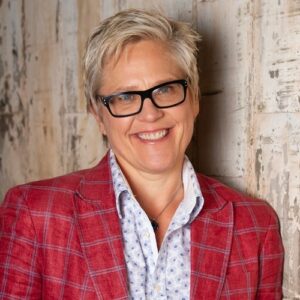 JetClosing, a 6-year-old Seattle startup that digitizes the home closing process for buyers, sellers, and realtors, is shutting down, GeekWire has learned.

The company is closing June 15, according to an email viewed by GeekWire that was sent from a JetClosing employee to a customer. In the email, the customer was encouraged to take their business to another title company.

GeekWire called JetClosing’s corporate phone number and reached a receptionist, who wasn’t able to provide comment when asked about the company’s shutdown. GeekWire has reached out to others at the company, and its investors, and will update when we hear back.

The company, founded in 2016, was one of the first spinouts of Seattle startup studio Pioneer Square Labs and was part of a growing trend in real estate to shift the homebuying experience online.

JetClosing used machine learning, cloud computing, and other technology to digitize the title and escrow process and eliminate loads of paperwork. Its competitors — incumbent title and escrow services — could do the same job, but JetClosing sold itself on being able to do it faster, cheaper, on mobile, and with more transparency.

The company charged a flat escrow fee to both sides for each transaction and made additional revenue on issuing owners and lenders title insurance policies. It also helped homeowners refinance.

The startup benefited from a strong U.S. real estate market as well as habits ushered in during the COVID-19 pandemic, where people relied more on digital tools to skip in-person meetings and complete home transactions from anywhere in the world.

However, JetClosing was also battling larger incumbent competitors and a recent cooling housing market affected by rising mortgage rates. Some high-tech mortgage startups such as Better and Blend have laid off staff this year.

JetClosing is led by President and CEO Anna Collins, who took over for original co-founder and CEO Daniel Greenshields last year. Collins previously led Bulletproof, the lifestyle company with a brain-boosting coffee product, as president and COO. She spent about six years at Amazon, including as GM of Worldwide Prime Membership, and also held leadership roles at PhotoRocket, Microsoft, drugstore.com, and aQuantive.

Greenshields previously spent nearly 15 years helping run ShareBuilder, a company sold to Capital One (which later sold it to Etrade) that digitized and sped up the process of buying stocks, bonds, mutual funds, 401(K) plans, and more.

“It’s a very consumer friendly product. We specialize in drama-free closing,” Greenshields said about JetClosing during an episode of the “GeekWire Elevator Pitch” in 2018. He envisioned a “massive expansion opportunity” at the time.

The company raised $20 million in a Series A round in 2018 and was nominated for Startup of the Year at the GeekWire Awards that year. It closed an $11 million Series B round in March 2021 and had raised $44 million to date at that time.

A year ago, JetClosing employed about 80 people. The company now has 65 employees according to LinkedIn.

https://www.abouttobounce.com/category/interactive_sports_obstacles/ - Reserve YOUR Obstacle Course Rental from About to Bounce Inflatable Rentals in … END_OF_DOCUMENT_TOKEN_TO_BE_REPLACED

Starbucks pumpkin spice K-cups and ground coffee are back for the season.If you’re like us, you spend the whole summer drinking iced coffee while … END_OF_DOCUMENT_TOKEN_TO_BE_REPLACED