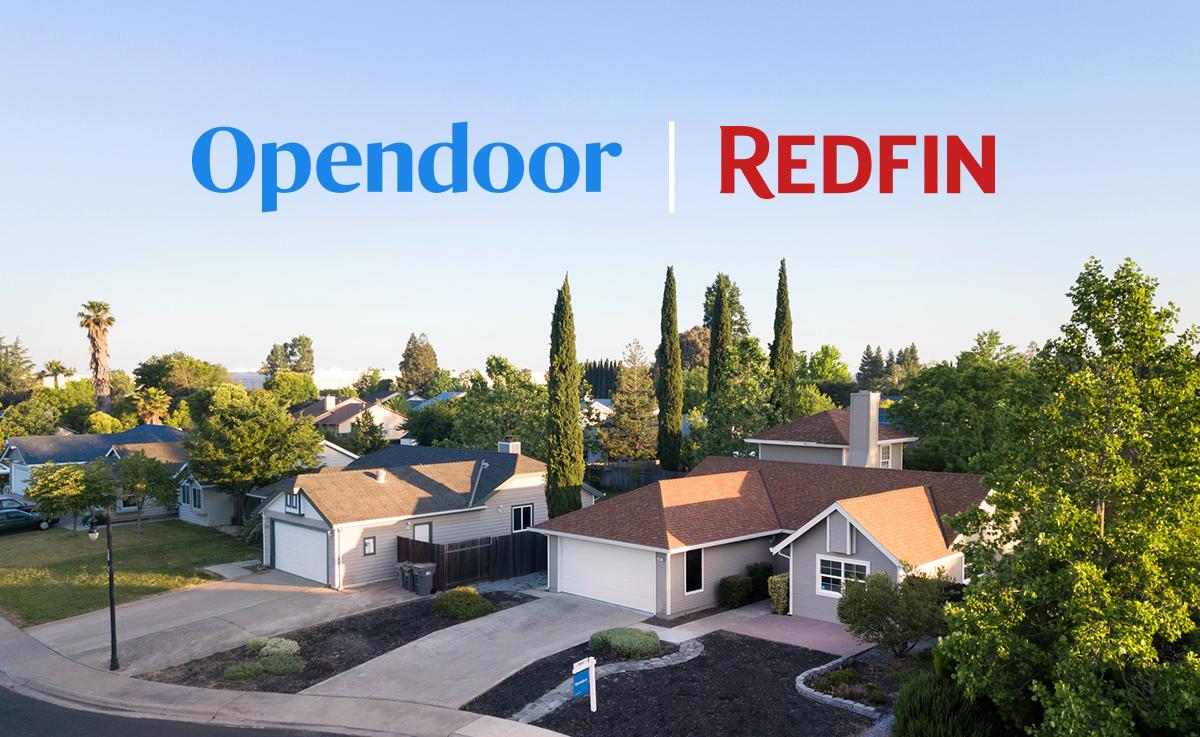 Opendoor (OPEN) stock was trading sharply higher in US premarket price action today after reporting spectacular earnings for the second quarter. What’s the forecast for OPEN stock and is it a good buy in August 2021?

Opendoor went public last year through a reverse merger with a SPAC (special purpose acquisition company) sponsored by Chamath Palihapitiya. The stock has had a turbulent ride and is down 63% from its 52-week highs.

Eric Wu, Co-Founder, and CEO of Opendoor sounded upbeat after the results. “This strong outperformance is further evidence of the seismic shift in consumer demand towards the modern real estate experience we are pioneering. Based on our current momentum, we are operating today at a second half revenue run rate that is on track to meet the 2023 target we provided at the time of our December listing,” he said in the release. 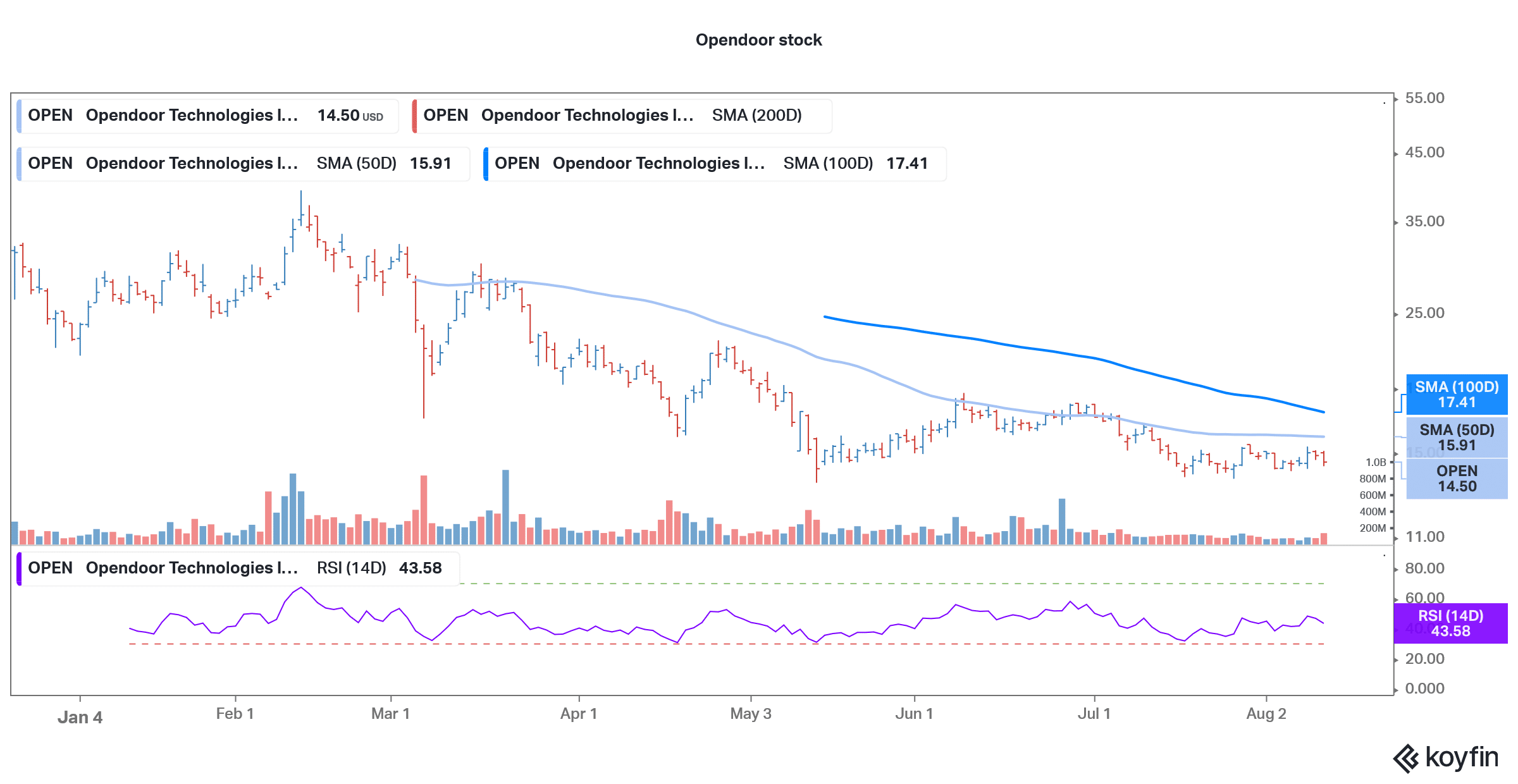 Wall Street analysts are bullish on OPEN stock. Of the eight analysts polled by CNN Business, five rate the stock as a buy while the remaining three rate it as a hold. None of the analysts have a sell or equivalent rating on the stock.

The long-term forecast for Opendoor stock looks positive. The real estate market in the US is worth $1.6 trillion annually but only 1% of buying and selling in the market happens on digital platforms. Real estate is another frontier that e-commerce is looking to penetrate and companies like Opendoor are at the forefront amid the transformation. 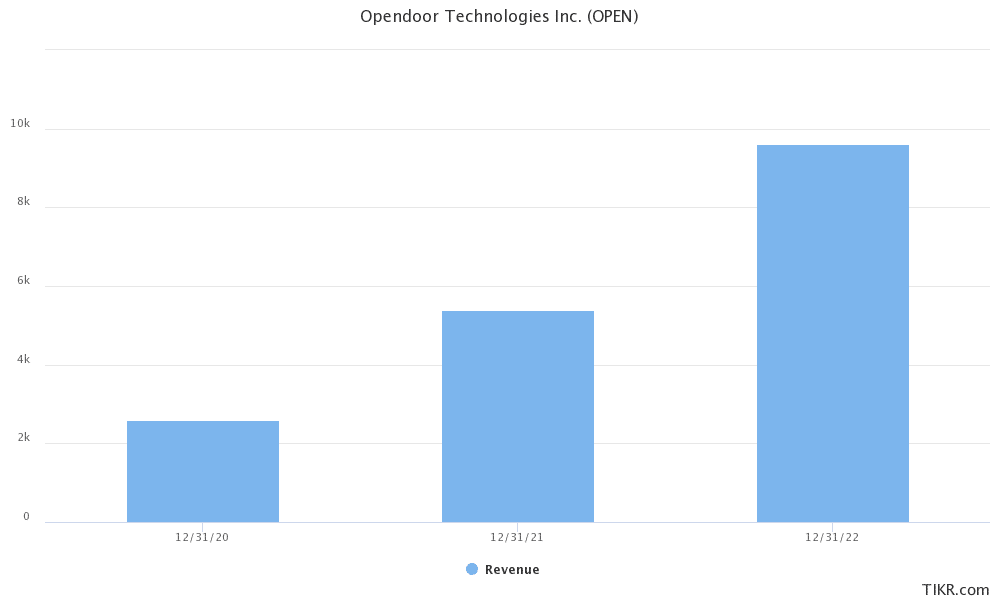 The outlook for the US real estate market is reasonably strong despite lingering concerns of a bubble. Also, while the expected increase in interest rates is a headwind for companies like OPEN, the US Federal Reserve wouldn’t raise rates in a hurry and would be very patient. Overall, OPEN looks like a good way to play the digitization of the US housing market.

Analysts expect the company’s revenues to rise 108% in 2021 and 79% in 2022. As Opendoor expands to new markets and the momentum in the US housing market continues, it could end up surprising on the upside on the topline. Also, the company turning positive on the EBITDA level is a positive sign.

OPEN stock trades at an NTM (next-12 months) EV-to-sales multiple of only 1x. This is the lowest that the stock has traded since listing. The multiple has averaged 3.5x since the listing while it peaked at 8.4x.

Opendoor is a good stock to buy looking at the strong growth outlook and tepid valuations. Notably, OPEN trades at a big discount to Zillow and might see a valuation rerating. Opendoor could also potentially expand into multiple ancillary services which will add shareholder value in the medium to long term.

Mohit Oberoi is a freelance finance writer based in India. He has completed his MBA with finance as majors and also holds a CFA charter. He has over 14 years of experience in financial markets. He has been writing extensively on global markets for the last seven years and has written over 7,500 articles. He covers metals, electric vehicles, asset managers, tech stocks, and other macroeconomic news. He also loves writing on personal finance and topics related to valuation.

Are you still using the same body wash your mom bought you in high school? Well, then it's time for an upgrade. Or maybe you’re more of a bar soap … END_OF_DOCUMENT_TOKEN_TO_BE_REPLACED