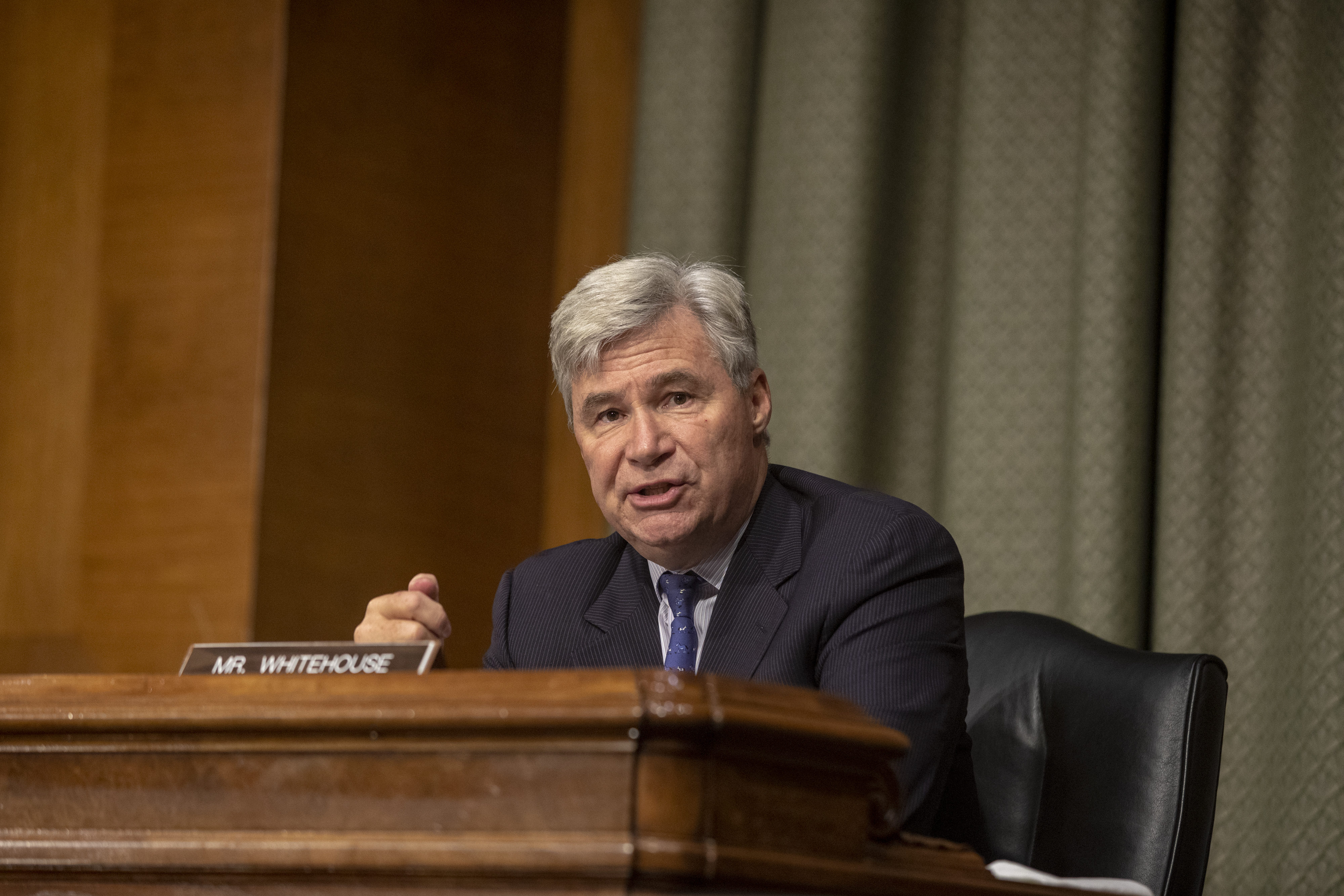 “American real estate can’t be a dark repository for oligarch money,” Sen. Sheldon Whitehouse (D-R.I.), who is leaning on the Treasury unit, known as FinCEN, to craft strict rules, told POLITICO. “We need strong anti-money laundering safeguards for the industry,” he said, adding that there’s growing bipartisan momentum in Congress for the effort.

As the U.S. seeks to squeeze Russian businesses overseas, the loopholes embedded in property transactions illustrate how difficult it will be to chase down Russian money in the U.S. itself. What’s more, some of the moves are setting up a clash with the powerful industry, which warns that sweeping rule changes could end up bogging down transactions and hurting the economy.

Under the law today, anyone, including a foreign national, can form an anonymous company and have that entity use cash to purchase residential or commercial real estate — one way oligarchs and others park their money in the U.S. That’s a key reason that Treasury Secretary Janet Yellen said in December, “There’s a good argument that, right now, the best place to hide and launder ill-gotten gains is actually the United States.”

Foreigners made up 8.6 percent of all commercial buyers in 2021, according to data from the National Association of Realtors, and 59 percent of commercial real estate transactions in the U.S. that included buyers from overseas involved all-cash purchases between 2016 and 2020.

The effort to close anti-money-laundering loopholes was already picking up momentum in Washington even before Russia invaded Ukraine. Twenty-one House lawmakers, including Reps. Katie Porter (D-Calif.) and Adam Kinzinger (R-Ill.), formed the Caucus Against Foreign Corruption and Kleptocracy last June. In addition, regulators are drafting rules to comply with the Corporate Transparency Act, which Congress passed in January 2021 over then-President Donald Trump’s veto to establish reporting requirements on the actual people — called “beneficial owners” — behind various forms of anonymous companies.

But Russia’s war against Ukraine “adds new urgency” to the effort, Whitehouse said.

Now, representatives of the multitrillion-dollar real estate industry are cautioning policymakers not to overdo it in the heat of the moment.

The National Association of Realtors, the industry’s biggest lobbying group, is advocating for “tailored reforms that address specific issues,” according to spokesperson Patrick Newton.

“This approach focuses on illegal activity while minimizing any negative impact on the real estate economy, which makes up nearly one-fifth of the overall U.S. economy,” Newton said. “NAR has confidence that targeted and effective policy will prevail in the rule-making process.”

The association has endorsed expanding a FinCEN real estate reporting program, known as Geographic Targeting Orders, but opposes applying the anti-money-laundering rules that are already in place for banks to real estate industry professionals.

FinCEN in December issued an advance notice of plans to craft a regulation extending anti-money-laundering rules to real estate — part of the Biden administration’s broader “strategy on countering corruption” — by imposing new record-keeping and reporting requirements on all-cash purchases. In 2021, all-cash acquisitions accounted for 23 percent of existing-home purchases, or about $518 billion of transactions, according to NAR data. The industry estimates that suspicious transactions account for only a tiny percentage of that amount.

Since 2016, FinCEN has issued Geographic Targeting Orders requiring title insurance companies to file reports on all-cash purchases of residential real estate in a handful of cities, such as Miami and New York, where luxury markets have traditionally drawn foreign money. The threshold for those reports was initially $3 million but has since been lowered to $300,000.

The early data from the pilot program suggests that it has been well-aimed. According to an advisory that FinCEN released in 2017, more than 30 percent of the reported transactions under the Geographic Targeting Order program involved shell companies with owners who had been the subjects of previous suspicious activity reports.

Now lawmakers ranging from Waters to Sen. Marco Rubio (R-Fla.) want to expand the policy nationwide, a move the industry generally supports. But Republicans on the House Financial Services Committee last month opposed a bill from Waters that would do that, arguing that it was too broad and would ensnare American citizens who have legitimate reasons to keep their purchases anonymous.

“To give FinCEN new authorities to monitor American citizens in the name of getting at Belarus and Russia, I’m skeptical of it,” said Rep. Patrick McHenry of North Carolina, the top Republican on the committee. “It’s more of a civil liberties concern than anything else.”

The trade group for the title insurance industry — whose members carry out the reporting requirements of the Geographic Targeting Orders — supports expanding that program but opposes broader changes.

Anti-corruption groups say the current crisis has led to greater interest from lawmakers in their proposals — suggesting the tide could turn in their favor after years of pushing for stricter rules around real estate.

“Russia’s invasion of Ukraine shines a spotlight on what we already know — kleptocrats and criminals have manipulated the chinks in the armor protecting Western financial systems in order to safeguard their own ill-gotten gains,” said Erica Hanichak, government affairs director at the Financial Accountability and Corporate Transparency Coalition. Her group advocates for ending the use of anonymous shell companies and bolstering anti-corruption laws.

FinCEN estimates that $2.3 billion was laundered through the U.S. real estate market between 2016 and 2021. In its comment letter on the advance notice, NAR said that figure accounts for less than 1 percent of total residential and commercial real estate sales in 2021 alone.

“While NAR recognizes that there are potential money laundering risks in real estate transactions, the vast majority of real estate sales are legitimate,” NAR President Leslie Rouda Smith wrote in the Feb. 18 letter.

Smith argued that nationwide beneficial owner reporting — identifying the true owners of anonymous companies — would suffice to mitigate the risk of bad actors using real estate to launder money. She cautioned against applying the anti-money-laundering requirements of the Bank Secrecy Act — including the establishment of compliance programs and a mandatory filing requirement for Suspicious Activity Reports — to real estate professionals. Such a regime, she said, would be “both overly burdensome and less effective” than a requirement to record and report beneficial owners.

“Any regulation imposed on the real estate industry may inevitably slow real estate transactions as the industry adjusts to new reporting requirements, and in turn affect the performance of the U.S. economy overall,” Smith said. “For this reason, we encourage FinCEN to consider the overarching economic impact its regulations may have and opt for the most narrowly tailored rule.”

The industry also opposes including commercial real estate transactions because of their complex financing, which often involves buyers setting up legal entities during the purchasing process for liability reasons.

But anti-corruption groups and some Democrats in Congress want the commercial market to be subject to new rules precisely because of its complexity.

“The complicated, opaque nature of these purchases makes them higher risk, and thus worthy of being covered going forward,” Whitehouse wrote in a letter to FinCEN Acting Director Himamauli Das in February.

FinCEN declined to comment on the rulemaking or what it would cover.

“[M]oney laundering risks stem from transactions in both the commercial and residential real estate sectors, and both merit appropriate regulatory treatment,” the agency said in its December notice. Comment on this storyCommentPrada SpA has begun the process of handing over leadership to the next generation of its controlling family. In the … END_OF_DOCUMENT_TOKEN_TO_BE_REPLACED