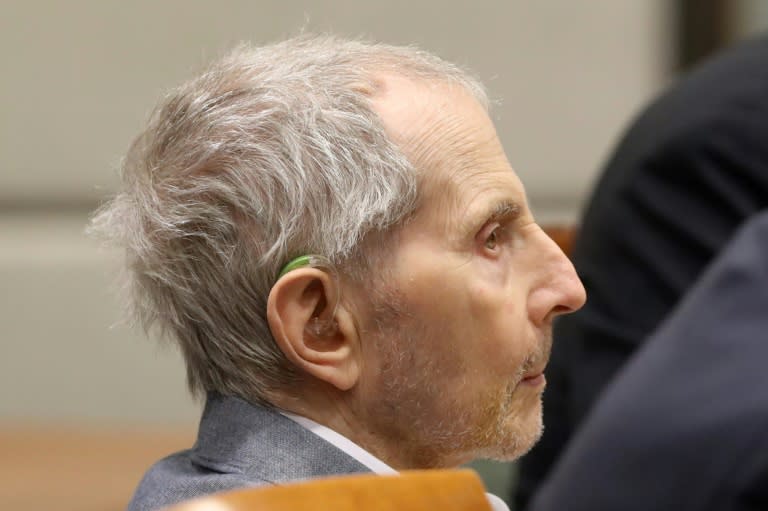 The murder trial of notorious US real estate scion Robert Durst, who is accused of killing his best friend to prevent her talking to police about his wife’s disappearance, resumed in Los Angeles Monday after a 14-month delay.

Durst, a multi-millionaire who was the subject of explosive HBO documentary “The Jinx,” has pleaded not guilty to the charge that he shot Susan Berman in the back of the head in 2000 at her Beverly Hills home.

The trial was halted after just two days of testimony last year due to the spread of Covid-19 in California, and Durst’s lawyer Monday complained about obstacles created by the long delay and continuing impact of the pandemic on courtrooms, as well as 78-year-old Durst’s health.

Dismissing an emergency motion to postpone again, Judge Mark Windham said the defense “has had at least five years to prepare for every contingency in this case.”

Durst — who did not attend on Monday morning — is an estranged member of one of New York’s wealthiest and most powerful real estate dynasties.

Prosecutors allege he murdered Berman, a crime writer, in December 2000 to prevent her from being questioned by New York police over the disappearance of his wife Kathleen in 1982.

Berman, the daughter of a Las Vegas mobster, had acted as a spokeswoman for Durst after he became a suspect in Kathleen’s disappearance.

Durst was never charged in his wife’s case, but was arrested in March 2015 in a New Orleans hotel room in connection with Berman’s murder, hours before the final episode of the HBO documentary “The Jinx: The Life and Deaths of Robert Durst” aired.

In the documentary’s stunning finale, Durst is heard muttering to himself, “There it is, you’re caught” and “Killed them all, of course” — apparently unaware that a microphone remained switched on while he used the restroom.

The series also delved into the 2001 death of Durst’s neighbor in Texas, who was found dismembered. Durst admitted dismembering the neighbor but claimed the killing was self-defense, and was acquitted.

The HBO filmmakers confronted Durst with a letter he once sent to Berman in handwriting similar to a cryptic note received by police locating Berman’s body.

When the trial opened last year, Durst’s defense team said their client had written the note to police after finding Berman’s body and panicking, but argued this did not mean he killed her.

The trial in Los Angeles is expected to last several months, but Judge Windham on Monday granted a separate hearing on Durst’s health for the coming weeks, and began speaking with jurors to ensure they can continue.

The judge said there is “no evidence that Mr. Durst is mentally incompetent,” and delaying trials due to chronic ailments would essentially make some defendants “immune from criminal prosecution.”

Nairobi [Kenya], May 15 (ANI): Environmental methane emissions are fuelled by the natural burps and belches from livestock ruminants like cows, … END_OF_DOCUMENT_TOKEN_TO_BE_REPLACED