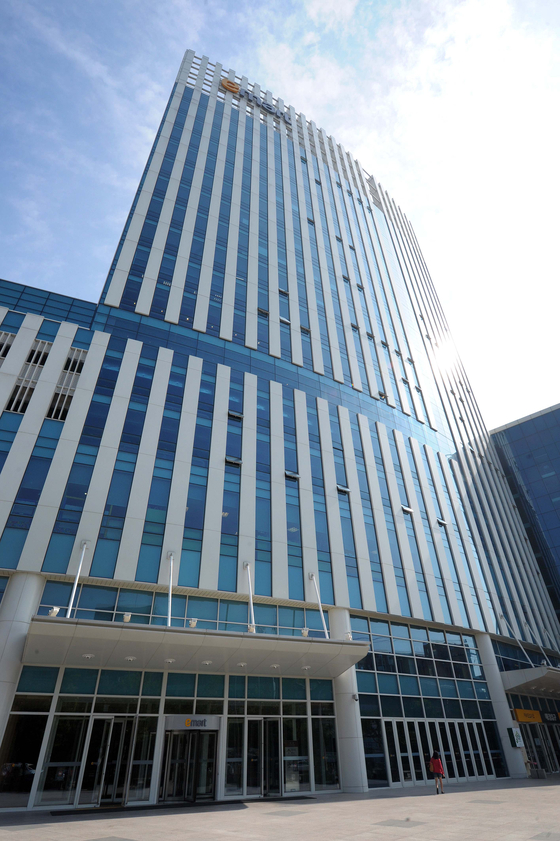 
Game developer Krafton will buy Emart’s headquarters in Seongsu-dong, eastern Seoul, which is valued at around 1 trillion won ($845.5 million), according to local news reports.

Emart and Krafton will sign an agreement in the coming week.

The Seongsu Emart headquarters was built in 2001 with 20 above-ground floors and three basement levels, and a gross floor area of 99,000 square meters (1 million square feet).

Real estate values in the Seongsu neighborhood are expected to rise since Mayor Oh Se-hoon took office again this year.

During his previous administration between 2006 and 2011, Oh designated the Seongsu region as “a strategic maintenance area” and said he would ease regulations on buildings in the region, such as allowing buildings to be built taller. That project was halted during the administration of the late Mayor Park Won-soon, but will likely regain momentum.

News reports are speculating that Emart will use the money from the sale on aggressive acquisitions.

The company has been selling real estate assets over the past couple of years to accumulate cash. In 2019, it sold 13 Emart branches across the country for a combined total of 952.4 billion won. It bought the baseball team SK Wyverns, now dubbed SSG Landers, for 135.2 billion won in March, and bought eBay Korea for 3.44 trillion won in June.

The building will be redeveloped after the deal. Emart said it will lease a part of the building back from the new owner and operate the Seongsu Emart branch.

SHAWNEE TOWNSHIP — Bob and Connie Sutherland have been in the swimming pool business for 53 years, and it all started from an ad in the … END_OF_DOCUMENT_TOKEN_TO_BE_REPLACED

Washington [US], May 21 (ANI): According to a new Cornell research, Cnidocytes, also known as stinging cells are characteristics of Corals and … END_OF_DOCUMENT_TOKEN_TO_BE_REPLACED