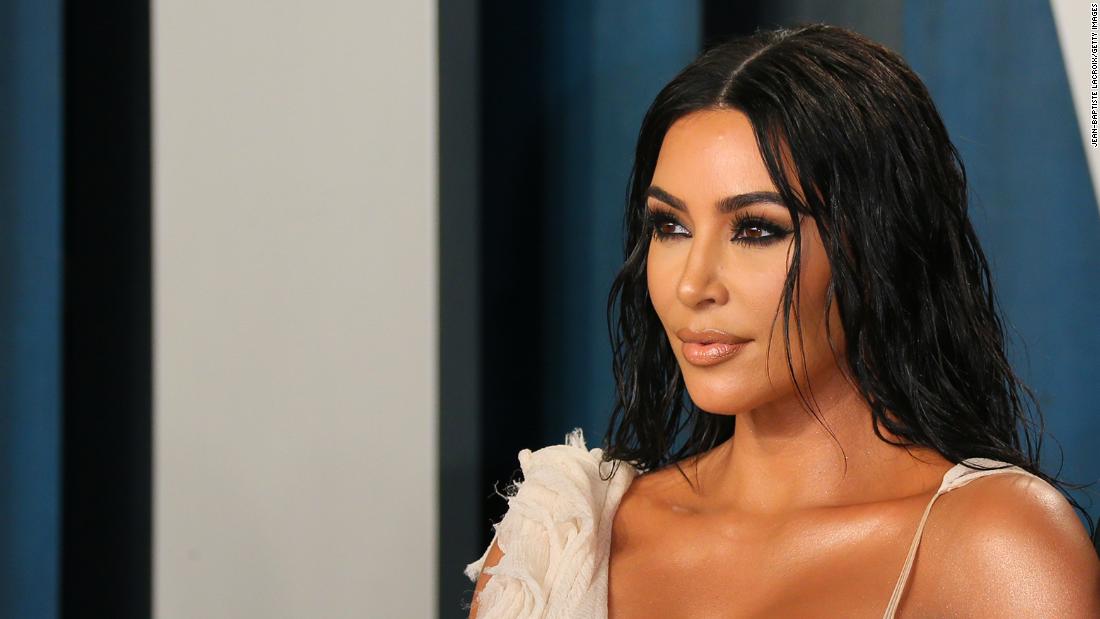 Reality star Kim Kardashian West has been named in court filings alleging she was involved in importing an ancient Roman statue that US officials say was stolen from Italy.

Court documents filed Friday in California say the US government has sought the forfeiture of a “looted, smuggled and illegally exported” antique that it believes was being delivered to the star.

But a spokesperson for Kardashian West said she “never purchased this piece” and that “this is the first that she has learned of its existence.”

“We believe that it may have been purchased using her name without authorization and because it was never received (and) she was unaware of the transaction,” the spokesperson said in a statement emailed to CNN. “We encourage an investigation and hope that it gets returned to the rightful owners.”

The filing identifies the limestone sculpture as a “Fragment of Myron’s Samian Athena” dating back to the 1st or 2nd century AD. It was seized by US Customs and Border Protection at the Los Angeles/Long Beach Seaport in June 2016 as part of a shipment of “Antiques & Modern Furniture & Decorations Objects.” The 40-item shipment weighed more than 5 tons and has been collectively valued at over $745,000.

The court documents identify one of the item’s shippers as art dealer and interior designer Axel Vervoordt, who has worked with Kardashian and her estranged husband Kanye West on several of their properties.

A photo of the sculpture in question. Credit: Department of Justice

A representative for Vervoodt told CNN in a statement, they were “informed only yesterday that the US government has filed for forfeiture” of the statue and said, “there is no evidence that this piece was illegally imported from Italy. Our client, as well as our gallery and the gallery from whom we’ve bought the piece have always acted in good faith when dealing with the work.”

An archaeologist sent to the US by Italy’s Ministry of Cultural Heritage assessed that the statue had been made in a “classical Peplophoros style (early to mid-Roman Empire), which represents a copy of an original Greek sculpture,” the filing said, adding that the ministry has requested that “all efforts be made for the return of the … statue to Italy.”

US Customs and Border Protection seized the sculpture after receiving conflicting information about its origins. Court papers allege that invoices for the item, submitted by a customs broker, appear to describe two different statues — one originating from Germany and another from Italy.

According to the filing, one invoice, dating to when Vervoordt allegedly purchased the statue from a Paris gallery in 2012, describes it as a “large draped statue” from an “Old German collection.” A second, from when Vervoordt purportedly sold the statue to the Noel Roberts Trust meanwhile describes it as being only a “fragment” of a statue, with handwritten notes suggesting that it originated from Italy.

Italian officials have also alleged that Vervoordt was in possession of the artifact in 2011 — the year before he supposedly bought it. Court documents include a photograph of a sculpture, taken at Vervoordt’s booth at an art fair in 2011, that the aforementioned archaeologist claims to be the statue in question.

Starbucks pumpkin spice K-cups and ground coffee are back for the season.If you’re like us, you spend the whole summer drinking iced coffee while … END_OF_DOCUMENT_TOKEN_TO_BE_REPLACED

A new online tool has been launched to help publicans, landlords and bar managers see how much money they could potentially save weekly, monthly and … END_OF_DOCUMENT_TOKEN_TO_BE_REPLACED