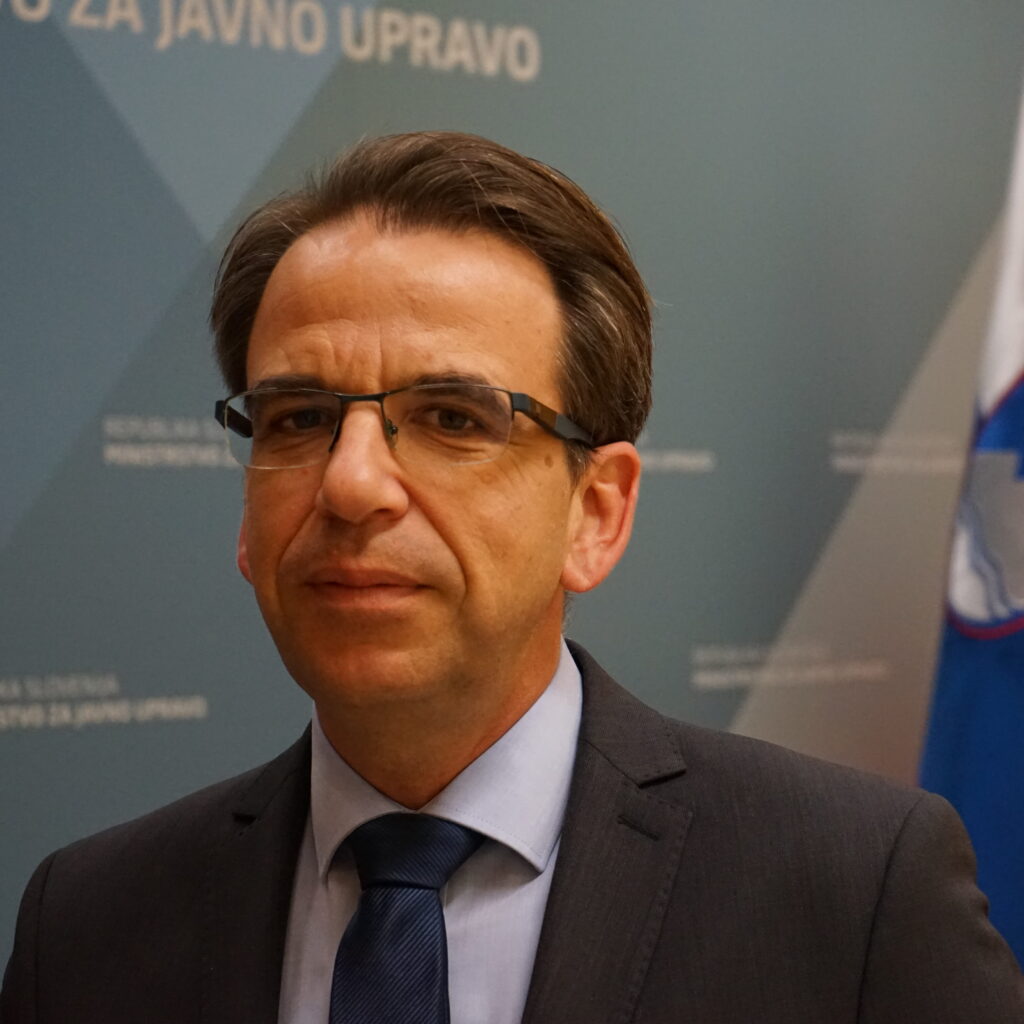 After the hurricane: even as officials work to support people through one crisis, they must stay alert to fresh threats. Credit: Katy Smith

Even in the depths of a major crisis, national governments must keep watching the horizon for the next looming threat. At the 2021 Global Government Summit, top officials from 13 countries debated how the world will change in the wake of the pandemic – and how civil services can stay one step ahead. Elaine Knutt reports

Vladimir Lenin made a surprise appearance in the fourth and final session of the 2021 Global Government Summit, in the form of a quote recalled by Alex Chisholm, the UK’s Civil Service Chief Operating Officer and Permanent Secretary of the Cabinet Office. As Chisholm noted, the leader of Russia’s Bolshevik Party talked of “decades where nothing happens, and weeks where decades happen.”

Uniquely, the pandemic has combined both experiences: while lockdowns have made many people’s lives painfully uneventful, the need to protect the public’s health and livelihoods has driven unprecedented activity in many fields of civil service transformation and service provision. More widely, COVID-19 has prompted big changes in national economies and people’s behaviour – and these changes will leave a potent legacy.

So at the Summit – an annual GGF event, at which central civil service leaders from 13 countries debated the biggest issues facing governments – there was a sense that the pandemic has collapsed timescales, accelerating long-term trends and hastening governments’ speed of delivery. And in this last session, entitled ‘Things will never be the same again: adapting to the post-COVID world’, the participants tried to identify the enduring changes and consider how governments can respond.

Peter Pogačar, Director General of the Public Sector Directorate at the Ministry of Public Administration in Slovenia

For Peter Pogačar, Director General of the Public Sector Directorate at the Ministry of Public Administration in Slovenia, the pandemic is a wake-up call – illustrating the need for governments to prepare for not only future disease outbreaks, but all kinds of rare and highly disruptive events. “The COVID crisis is not the last global crisis; we are already facing the climate crisis, and many other urgent challenges,” he said. “In Slovenia, we’re discussing a permanent [government] body to be established to coordinate not just the immediate response to the crisis, but also strategic planning” for future risks.

That chimed with Jacqueline Poh, Deputy Secretary of the Prime Minister’s Office Strategy Group in Singapore, who also predicted a new focus on preparing governments, businesses and citizens to withstand future shocks. “Battling this crisis has highlighted to us that we need to spend a lot more effort building up national resilience in peacetime – and not just financially, but also in our people and in our systems,” she said. The lessons of COVID-19 provide some clear ways forward, she added, highlighting “a need to diversify supply chains to build resilience against other shocks” and illustrating the risk of problems such as vaccine nationalism and hoarding of essential supplies. 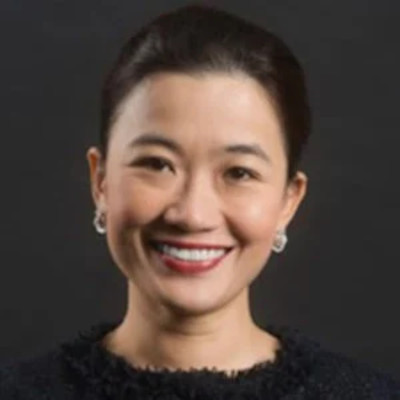 Anticipating a shift of economic activity to the suburbs, Poh said that Singapore is “consider[ing] expanding … polycentric development to serve our needs; for example, by having multiple decentralized centres, rather than a single central business district”. Chisholm agreed that shifts in cities’ physical form are underway. “I don’t think we’ll reverse 400 years of urbanisation, but I do think we will think differently about how to live and work,” he said. “And that is a big leap forward.”

Indeed, the crisis has prompted action on a huge range of fronts. “This pandemic has caused us to turbocharge our ambitions on sustainability,” said Poh, adding that Singapore plans to “boost the importance of green space and opportunities to support local food production”. In the shorter term, she noted, Singapore is piloting “satellite” offices for civil servants to support more flexible working and shorten workers’ commutes.

Another participant pointed out the value in creating shared offices for staff from different government agencies, promoting lateral connections and joint initiatives. “It’s an opportunity for people to come together quickly, from various hierarchies, managing situations and then collaborating across different agencies,” they said.

However, Chisholm warned that shake-ups in the commercial real estate sector could have far-reaching consequences. “That’s going to have big economic effects. You remember that the global financial crisis was precipitated in the world’s biggest asset class: US real estate. If a lot of these offices and factories are in the wrong places, we will all feel the effects.” 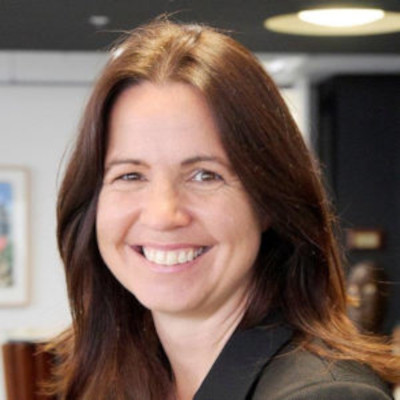 By creating what one participant called “new categories of vulnerable people”, the pandemic has also shifted attitudes to state support among governments and populations. “When we had to deal with… the self-employed and gig workers, as well as low-wage workers experiencing job loss during this period, the government had to quickly rethink our approach to social support during this crisis,” they said.

Hannah Cameron, Deputy Commissioner at New Zealand’s Public Service Commission, hoped that some of governments’ new activities will help address longer-term problems. New Zealand, for example, acted to protect seasonal agricultural workers from the Pacific Islands, who were paid to quarantine and then guaranteed a living wage. “The government [was] really intervening in the economy in a very different way from how they would normally be able to do, and using the lever that they had around the pandemic to do it,” she commented. With so many industries engaged with and dependent on government, she asked, “Is there an opportunity to use this to question some of those structural inequities and support the low paid workers?”

With so many people now benefiting directly from government support, public attitudes to the role of the state have also shifted. Chisholm suggested that, by rendering the workings of government more visible in citizens’ lives, the crisis has built a new appreciation of what the state does – particularly in health care, education and social support.

“I think there is a permanent shift in people’s sense about the importance of public services, and the transparency of that,” he said. “You’re not just listening to claim and counterclaim by politicians; you’re seeing the results, day by day. So I think that it’s a big step up in accountability and transparency.” Chisholm did not, however, foresee a permanent rise in the powers or spending of the state, at least in the UK: “It’s too countercultural. It’s also too expensive!” 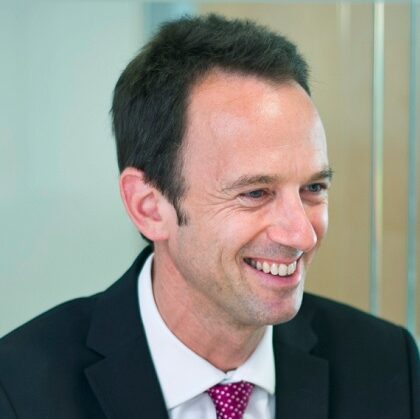 Take the tourism industry, he said. As social distancing and movement controls redirect holidaymakers and their revenue streams “from cross-border to domestic, city to countryside”, the tourism industry will face a period of substantial disruption. But new technologies could help companies become more adaptable and resilient: by building “digital capabilities across the value chain, from consumer marketing, to social media, to websites, to capacity-planning, and finally to payments and cashflow management, [we can] fully reimagine the tourist experience.” We could, he added, see “the combination of virtual and physical: the use of digital health pass, transit, passport and attraction tickets, all into a single app.”

Meanwhile, governments have been tapping into new sources of data to identify people’s needs, track the pandemic’s effects on social and economic activity, and understand the impact of public sector interventions. Mastercard, said Kok Kee Lim, has “launched over 100 initiatives to governments across 40 countries globally, tapping into our payment infrastructure solution and partners”: civil servants have, for example, been able to track changes in retail takings and salary payments almost in real time. The new partnerships and information flows created over the last year, he said, could help governments to spread the proceeds of growth more widely across their populations: “I believe we can build on this extended trust between the public sector and private corporations going forward. There is a real chance that the result could be a more inclusive economy over the longer term.” 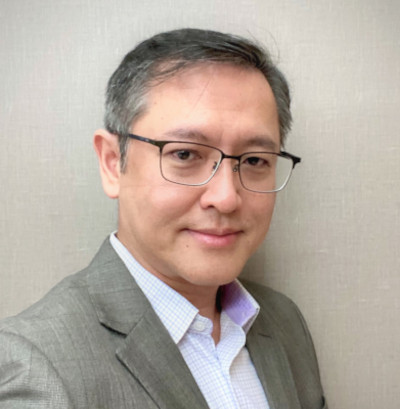 Unless governments build on the progress made during the pandemic, however, there’s a risk that economic sectors or public bodies could – as Poh put it – “backpedal on the desperate innovations of 2020”. To maintain momentum, she explained, Singapore has set up an “Emerging Stronger Taskforce” of senior government and industry leaders to embed new habits of cross-departmental working and capitalise on new opportunities.

With governments, businesses and populations still in emergency response mode, it’s almost impossible to predict which of these current changes will endure and where previous patterns of behaviour will reassert themselves. “When you’re in the middle of the revolution, it’s impossible to tell,” said Chisholm, noting of his own predictions that “I’m certain to be wrong. It’s just exactly how I’ll be wrong is not clear yet.”

As we look towards the end of this virus-borne revolution, two things are certain: that the post-pandemic world will present civil servants with a brand new set of challenges and opportunities; and that one key task for governments around the world is that of strengthening resilience within their organisations, industries and communities – helping them to prepare for the next crisis.

SHAWNEE TOWNSHIP — Bob and Connie Sutherland have been in the swimming pool business for 53 years, and it all started from an ad in the … END_OF_DOCUMENT_TOKEN_TO_BE_REPLACED

Washington [US], May 21 (ANI): According to a new Cornell research, Cnidocytes, also known as stinging cells are characteristics of Corals and … END_OF_DOCUMENT_TOKEN_TO_BE_REPLACED