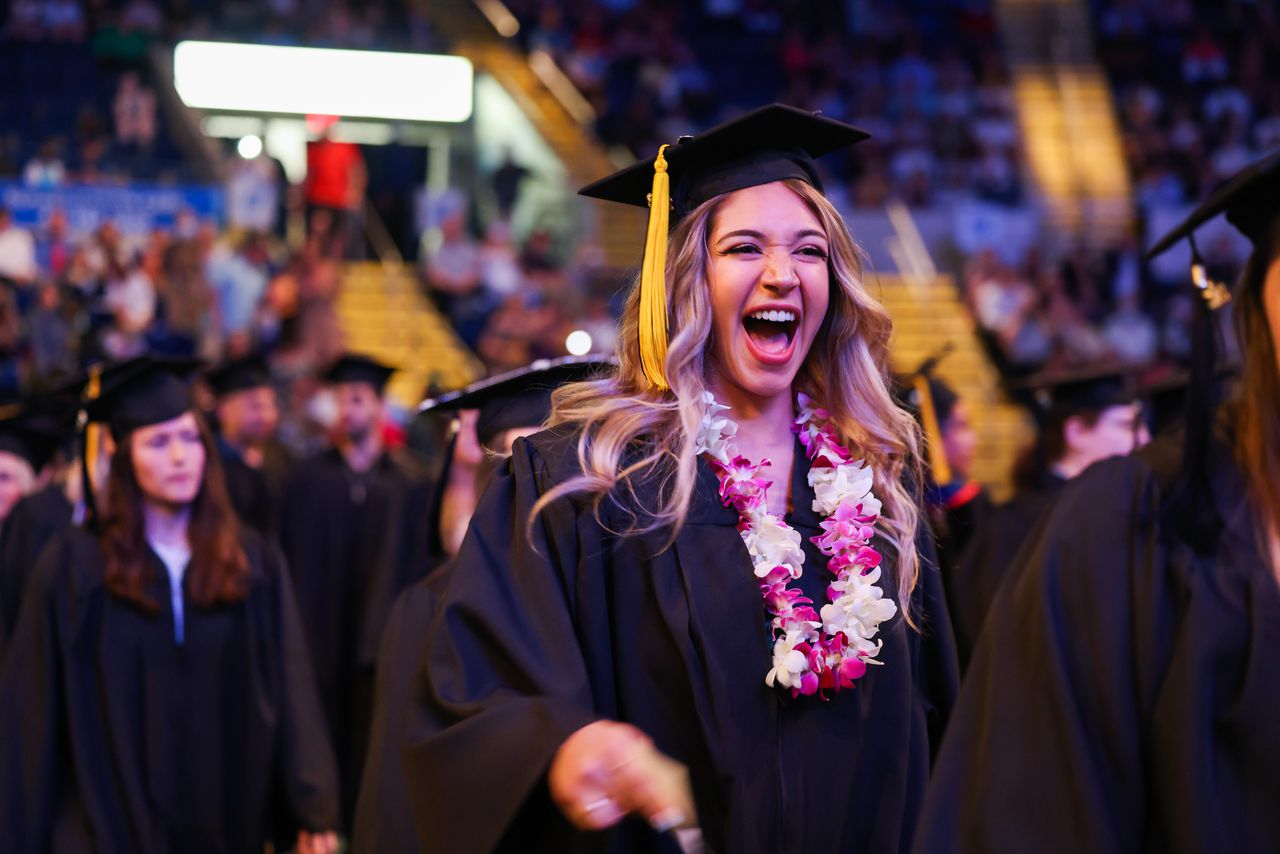 SPRINGFIELD — Westfield State University recognized the essential workers of tomorrow and the architects of the future, conferring degrees to the graduating class of 2022 Friday at the Mass Mutual Center.

Ockerbloom, the keynote speaker, was a political science major, student trustee, class president and a member of the Music Theatre Guild.

“John has been a supporter and friend of the university for decades and we are delighted that he has agreed to speak and provide guidance to our class of 2022,” said Linda Thompson, president of Westfield State University.

In his lighthearted address, Ockerbloom said that although he is not President Barack Obama, Bill Gates or any of the Backstreet Boys, none of them lived on campus, stole flowers out of the garden or preformed in the university theater.

“I am you 30 years older and not as good looking,” he said. “I’ve been blessed beyond my ability to measure and repay.”

Ockerbloom noted receiving his law degree in 1992, having a prolific Wall Street career and meeting his wife, all due to the time he spent at the university.

“My professional life has been a gift and with a Westfield State University degree anything is possible,” he said.

Ockerbloom said no matter where he landed in his career, he took the skills he learned at the university. He urged the student to “be essential” in their careers, with friends and raising families, and to never forget what they have learned at Westfield State University.

Thompson said learning is a lifelong process and encouraged graduates to become healthy bridges to the collective future by building on the foundation of the knowledge gained while at the university.

“History will look back at this time and wonder how we got out of this,” Thompson said. “You are the future. … You have the opportunity to be the architect of your future, the designers of how we’ll run the business of the future.”

“Based on what I’ve seen on campus, I am confident on what the future holds,” she said.

We were unable to send the article. A surgery center in Springdale sold for $2.6 million. Willow … END_OF_DOCUMENT_TOKEN_TO_BE_REPLACED

U.S. chip designer Qualcomm Inc on Thursday said its automotive business “pipeline” increased to $30 billion, up more than $10 billion since its third … END_OF_DOCUMENT_TOKEN_TO_BE_REPLACED