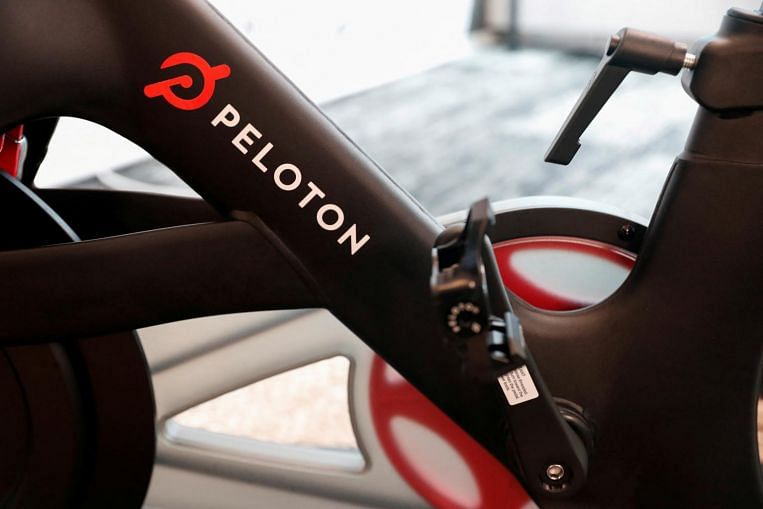 NEW YORK (AFP, BLOOMBERG) – American home-fitness firm Peloton has gone on the counterattack after a plot twist in Sex And The City helped send its shares into a skid – bringing a key character on the show back to life in a parody ad, as it seeks to revive its own fortunes on Wall Street.

In the first episode of the latest reboot of the popular series called And Just Like That…, the character John Preston – known as Mr Big – dies of a heart attack shortly after a workout on a Peloton exercise bike.

Shares of Peloton suffered following the surprisingly dark turn in the comic series, falling 5.4 per cent in Friday’s session after the episode was broadcast on Thursday night (Dec 9).

Peloton initially retorted with comments from a cardiologist who pointed to Mr Big’s hard-living lifestyle as a factor behind the unfortunate turn of events.

The doctor also cited the character’s possible genetic predisposition to heart disease, while touting the merits of the exercise bike.

But on Sunday night, the exercise company came back with a more elaborate response, unveiling a new ad spot with actor Chris Noth, who filled the role of Mr Big, longtime boyfriend of protagonist Carrie Bradshaw, played by Sarah Jessica Parker.

The ad features Noth sitting with Peloton trainer Jess King, who also played the instructor on the series during the ill-fated fictional workout.

In the spot, Noth asks his companion if they should take another ride, saying “life’s too short not to”.

A narration, voiced by actor Ryan Reynolds, notes that regular cycling improves circulation and reduces the risk of cardiovascular disease.

Peloton said last week that it did not realise its product would be used as prop that led to the death of Mr Big in the series. One analyst fretted that Peloton had lost control over its storytelling.

Peloton was a huge hit during the pandemic, but has suffered during the return to normalcy, with sales falling and customers using its signature stationary bikes less frequently.

The Peloton commercial was created in less than 48 hours by Reynolds’s marketing company, Maximum Effort.

It is not the first time the Deadpool (2016) actor has crossed paths with the brand.

In 2019, he promoted Aviation Gin with an ad featuring the woman known as the “Peloton wife”, who previously appeared in a widely mocked commercial for the fitness company.

Elizabeth Hurley just rocked a hot pink bikini in a new Instagram post. Fans and followers are swooning over her poolside confidence and glowing skin. … END_OF_DOCUMENT_TOKEN_TO_BE_REPLACED