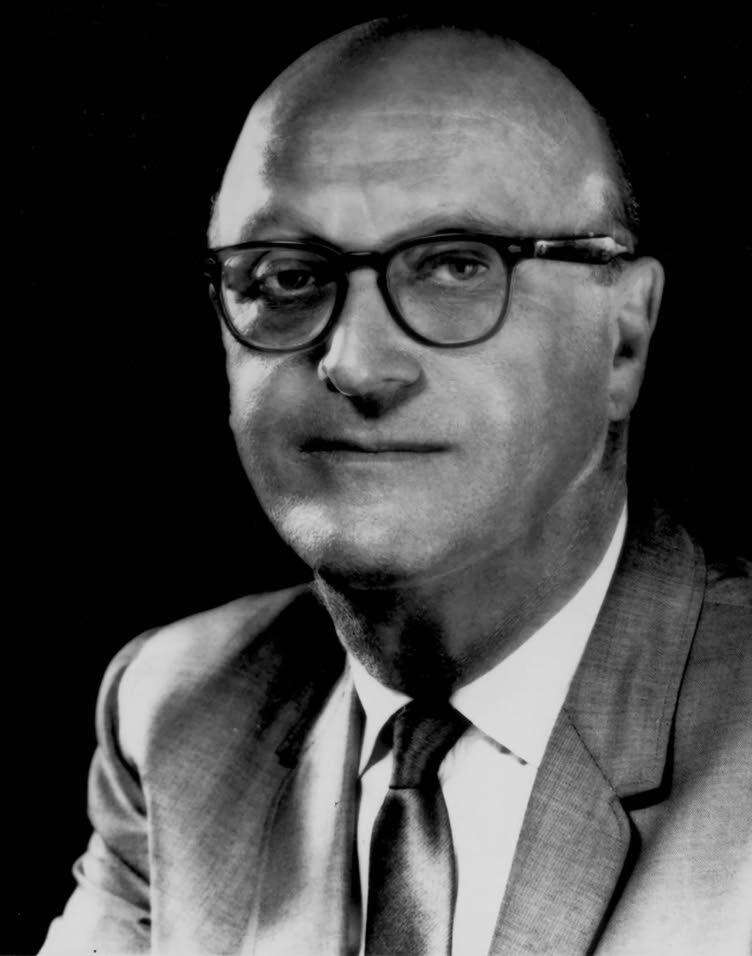 Having won the 100- and 200-metre sprint double at two consecutive Olympic Games, Jamaican Elaine Thompson-Herah becomes the first woman to accomplish this feat on this day in history, 2021.

2005: French authorities find 351 foetuses and stillborn babies stored in bags and jars at a Paris hospital.

1460: King James II of Scotland is killed by the blast of a cannon saluting the arrival of his wife, Queen Mary, at Roxburgh Castle, England.

1492: Christopher Columbus sets sail on his first voyage with three ships, Santa María, Pinta and Niña from Palos de la Frontera, Spain, looking for a route to India across the Atlantic. He encounters the New World instead.

1589: Henry of Navarre, first of the Bourbon line, succeeds the assassinated Henry III as king of France.

1807: Former United States Vice-President Aaron Burr goes on trial before a federal court in Richmond, Virginia, charged with treason. (He is acquitted less than a month later.)

1916: Irish-born British diplomat Roger Casement, a strong advocate of independence for Ireland, is hanged for treason.

1936: Jesse Owens of the United States wins the first of his four gold medals at the Berlin Olympics as he takes the 100-metre sprint.

1943: US Army Lieutenant General George S Patton slaps a private at an army hospital in Sicily, accusing him of cowardice. (Patton was later ordered by General Dwight D Eisenhower to apologise for this and a second, similar episode.) Anti-Nazi demonstrations are held in Milan, Genoa and other northern Italian cities during World War II.

1966: Comedian Lenny Bruce, whose raunchy brand of satire and dark humour landed him in trouble with the law, is found dead in his Los Angeles home; he was 40.

1969: Israeli Government leaders announce they will retain the Golan Heights, the Gaza Strip and a major part of the eastern and southern Sinai Peninsula — the areas captured from the Arabs in the June 1967 war.

1972: US Senate ratifies the Anti-Ballistic Missile Treaty with the Soviet Union to limit the use of missile systems capable of defending against missile-delivered nuclear weapons. (The US unilaterally withdraws from the treaty in 2002.)

1974: The Front for the Liberation of Mozambique (FRELIMO) declares a de facto ceasefire between rebel and Portuguese troops.

1981: US air traffic controllers go on strike, despite a warning from President Ronald Reagan they would be fired, which they were.

1987: The Iran-Contra congressional hearings end with none of the 29 witnesses tying President Ronald Reagan directly to the diversion of arms-sales profits to Nicaraguan rebels.

1991: Russian branch formally breaks off from the Soviet Union’s Communist Party to form a new party led by reform-minded communists.

1995: Delegates from some 100 nations agree at the UN on a global treaty to prevent overfishing on the high seas.

1997: Political moderate Mohammad Khatami takes over as president of Iran.

For his film of President John F Kennedy’s assassination, the US Justice Department rules on this day, 1999, that the Government must pay the heirs of Abraham Zapruder US$16 million.

1999: The US Justice Department rules that the Government must pay the heirs of Abraham Zapruder US$16 million for his film of President John F Kennedy’s assassination.

2000: The European Union opens an antitrust case against Microsoft.

2001: The International Monetary Fund announces it will loan US$1.2 billion to Argentina and extend a US$15-billion line of credit to Brazil.

2002: Taiwanese President Chen Shui-bian calls for legislation that will allow a referendum to be conducted on whether to declare independence from China.

2003: The United Arab Emirates-based Al Arabiya satellite television network broadcasts an audiotape warning allegedly from Ayman al-Zawahiri, a top deputy of al-Qaeda, that the US will pay a “dear price” if it harms any prisoners at Guantanamo Bay, Cuba. 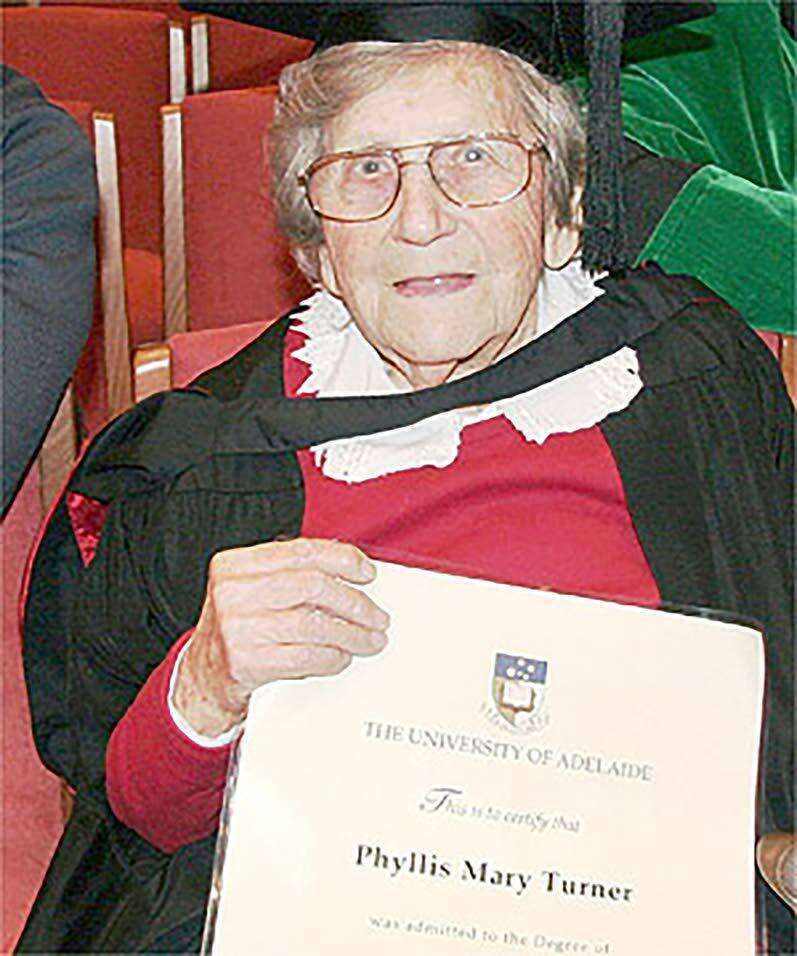 Phyllis Turner, who was 12 when she left school, at 94 years old becomes on this day, 2007, the world’s oldest recipient of a master’s degree from the University of Adelaide in Australia.

2007: A 94-year-old great-great-grandmother, Phyllis Turner, who left school at the age of 12, becomes the world’s oldest recipient of a master’s degree from the University of Adelaide in Australia. Toyota says its April-June 2007 profit jumped 32.3 per cent to a then-record high for a quarter, lifted by strong overseas sales and a weaker yen. Iraqis welcome home their soccer team which had won the Asian Cup.

2008: At least 145 people are killed in a stampede of pilgrims at a remote Hindu temple in India.

2009: Huge crowds reminiscent of the 1986 “people power” demonstration take to Manila’s streets to honour the passing of former President Corazon Aquino who captured the hearts of Filipinos by ousting a brutal dictator and keeping democracy alive in the Philippines.

2012: The UN General Assembly overwhelmingly denounces Syria’s crackdown on dissent in a symbolic effort meant to push the deadlocked Security Council, and the world at large, into action on stopping the country’s civil war. Michael Phelps rallies to win the 100-metre butterfly for his third gold of the London Games and the 17th of his career. Missy Franklin sets a world record in the 200 backstroke for the 17-year-old’s third gold in London. Falling at speeds of up to 220 mph, 138 skydivers shatter the vertical skydiving world record as they fly heads-down in a massive snowflake formation in northern Illinois. (This record was in turn eclipsed in 2015 by 164 skydivers plunging over central Illinois.)

2016: President Barack Obama cuts short the sentences of 214 federal inmates, including 67 life sentences, in what the White House calls the largest batch of commutations on a single day in more than a century. An Emirates Boeing 777 crash-lands in Dubai and catches fire; all 300 people on-board survive but one firefighter is killed.

https://www.abouttobounce.com/category/interactive_sports_obstacles/ - Reserve YOUR Obstacle Course Rental from About to Bounce Inflatable Rentals in … END_OF_DOCUMENT_TOKEN_TO_BE_REPLACED

Starbucks pumpkin spice K-cups and ground coffee are back for the season.If you’re like us, you spend the whole summer drinking iced coffee while … END_OF_DOCUMENT_TOKEN_TO_BE_REPLACED