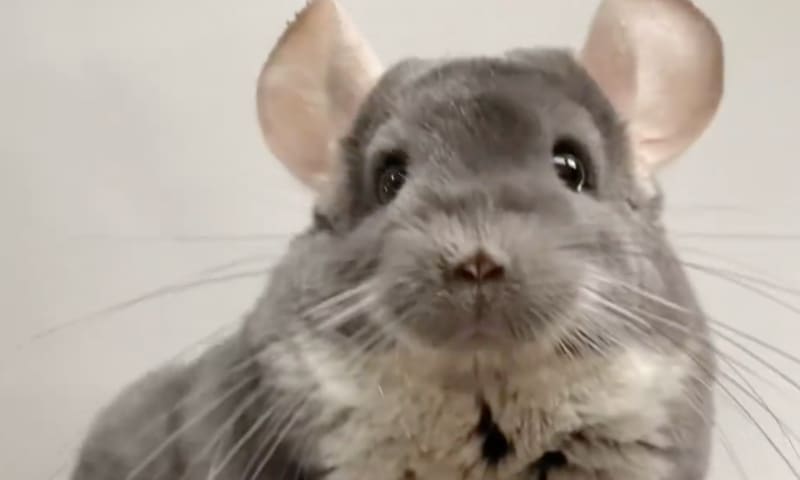 These celebrity chinchillas are already known all over socia media for their adorable videos. Henry, Chip, Knox and Linus love acting, dancing, and sending motivational messages to their fans and followers.

This time, these furry friends from Ohio, best known as the ‘Chinpals,’ are recreating the popular Netflix series ‘Stranger Things’ with the help from their owner Shelby Alfredson, dressing up as every character from the latest season of the show.

But this is not the first time the adorable pets go viral for recreating a fan-favorite series or film, previously reenacting a scene from Titanic in the funniest way possible.

With more than 5 million followers on TikTok and 365.000 on Instagram, ‘The Chinfluencers’ are always spreading good vibes for their follwers, holding hilarious signs with their tiny paws, showing off their dance moves and dressing up in cute outfits.

“I didn’t know anything about chinchillas. I thought it was going to be an easy pet,” their owner shared, talking about her experience and frienship with her pets, “They are really cool, so one thing led to another and I got Chip and I got two more, so now I have four and they have their own bedroom.”

She was also very surprised when her furry friends started going viral. “I thought ‘It’s not a big thing. They’re not going to care.’ And, well, it turns out that people really liked it,” she explained, “Sometimes we do like the Titanic, the movies and stuff and it’s been really fun to do it that way.”

https://www.abouttobounce.com/category/interactive_sports_obstacles/ - Reserve YOUR Obstacle Course Rental from About to Bounce Inflatable Rentals in … END_OF_DOCUMENT_TOKEN_TO_BE_REPLACED

Starbucks pumpkin spice K-cups and ground coffee are back for the season.If you’re like us, you spend the whole summer drinking iced coffee while … END_OF_DOCUMENT_TOKEN_TO_BE_REPLACED