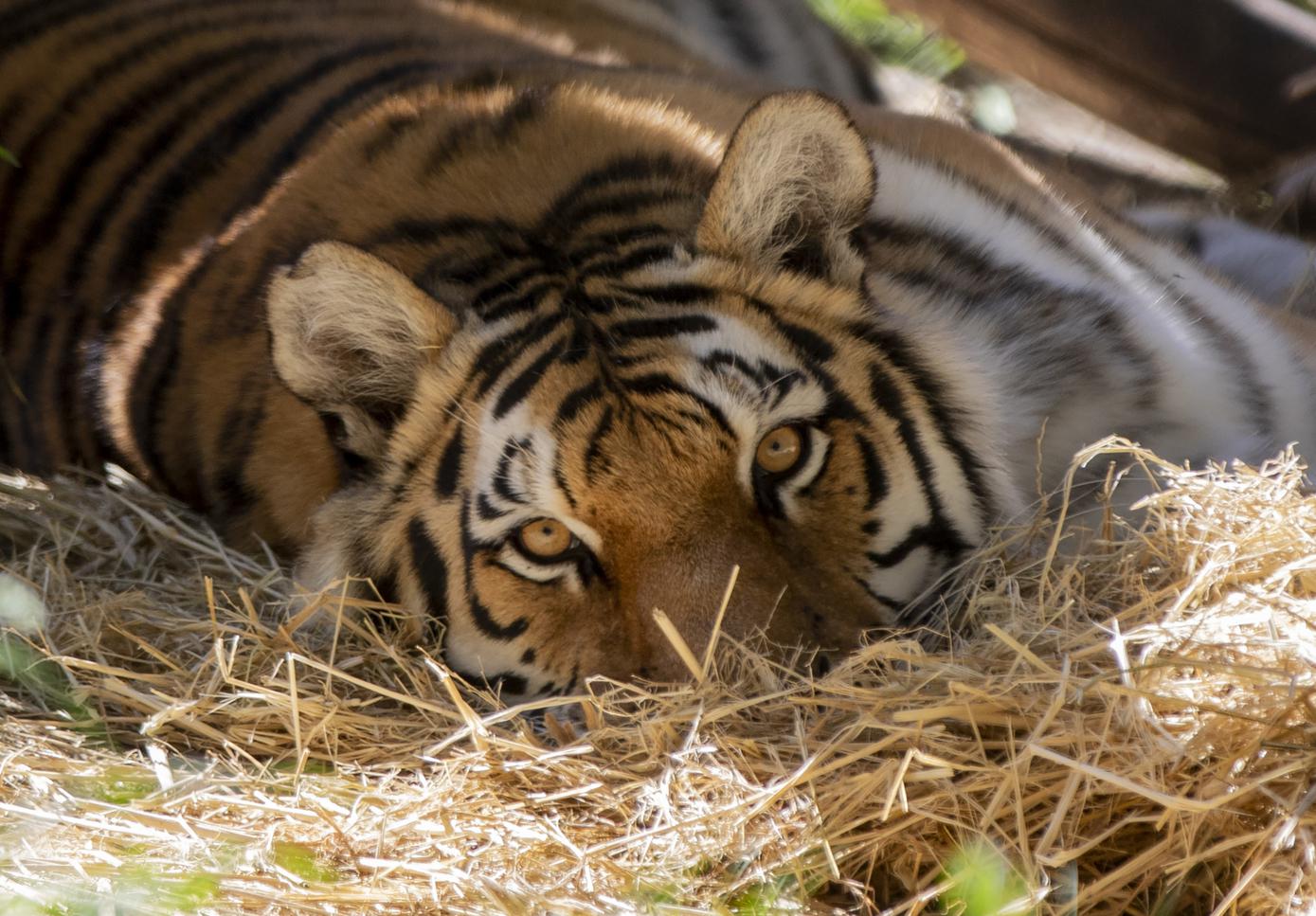 The Oakland Zoo became the first zoo to inoculate some of its large cats and bears against COVID-19 this week using an experimental vaccine formulated for animals.

Tigers Ginger and Molly were the first two animals at the zoo to get the vaccine, which was developed by the animal health company Zoetis.

The animals on the list to receive a shot were selected because of their unique vulnerability for contracting COVID-19, according to Dr. Alex Herman, vice president of veterinary services at Oakland Zoo. Herman pointed to cases of animals like minks and lions around the world that were severely affected by COVID-19.

“Those are real cases where animals have become mildly sick, gravely ill or even died, and that’s why we’re being so proactive,” she said. None of the animals at Oakland Zoo have gotten the virus, she added.

Oakland Zoo received its first shipment of 100 vaccine doses on Tuesday and quickly sprang into action, according to Zoetis. The company is donating more than 11,000 doses of its new vaccine to nearly 70 zoos, as well as more than a dozen conservatories, sanctuaries, academic institutions and government organizations in 27 states.

The animals are used to preventive care treatment like vaccines, so getting the coronavirus vaccine doesn’t bother them, Dr. Herman explained.

“We train the animals to voluntarily participate in their medical care,” she said. The tigers, for example, get “positive reinforcement with goat’s milk squirted into their mouths” while the keeper and the nurse “are at the tiger’s haunch” to give the vaccine.

“It’s so terrific,” she said. “It’s so much better than hurting them.”

Next in line on the zoo’s list of 110 animals who will be vaccinated are a chimp, a few more bears and lions and two hyenas, Dr. Herman said.

The Zoetis vaccine is approved for experimental use in 100 mammalian species on a case-by-case basis by the U.S. Department of Agriculture and the appropriate state veterinarians.

The San Diego Zoo was the first to use a Zoetis vaccine during the medical trials, Dr. Herman said.

The USDA has also said that even though there have been reports of coronavirus infections in cats and dogs, pets and livestock do not yet need a vaccine because they are not involved in spreading the virus. But because many zoo animals are endangered and often are in close contact with their human handlers, who may be infected, there was more of a push to get them vaccinated, Christina Lood, a spokesperson for Zoetis, said.

“Many of our animals here on campus are endangered species. They’re part of a species survival plan,” Dr. Herman said. “We take our stewardship very seriously.”

Nairobi [Kenya], May 15 (ANI): Environmental methane emissions are fuelled by the natural burps and belches from livestock ruminants like cows, … END_OF_DOCUMENT_TOKEN_TO_BE_REPLACED