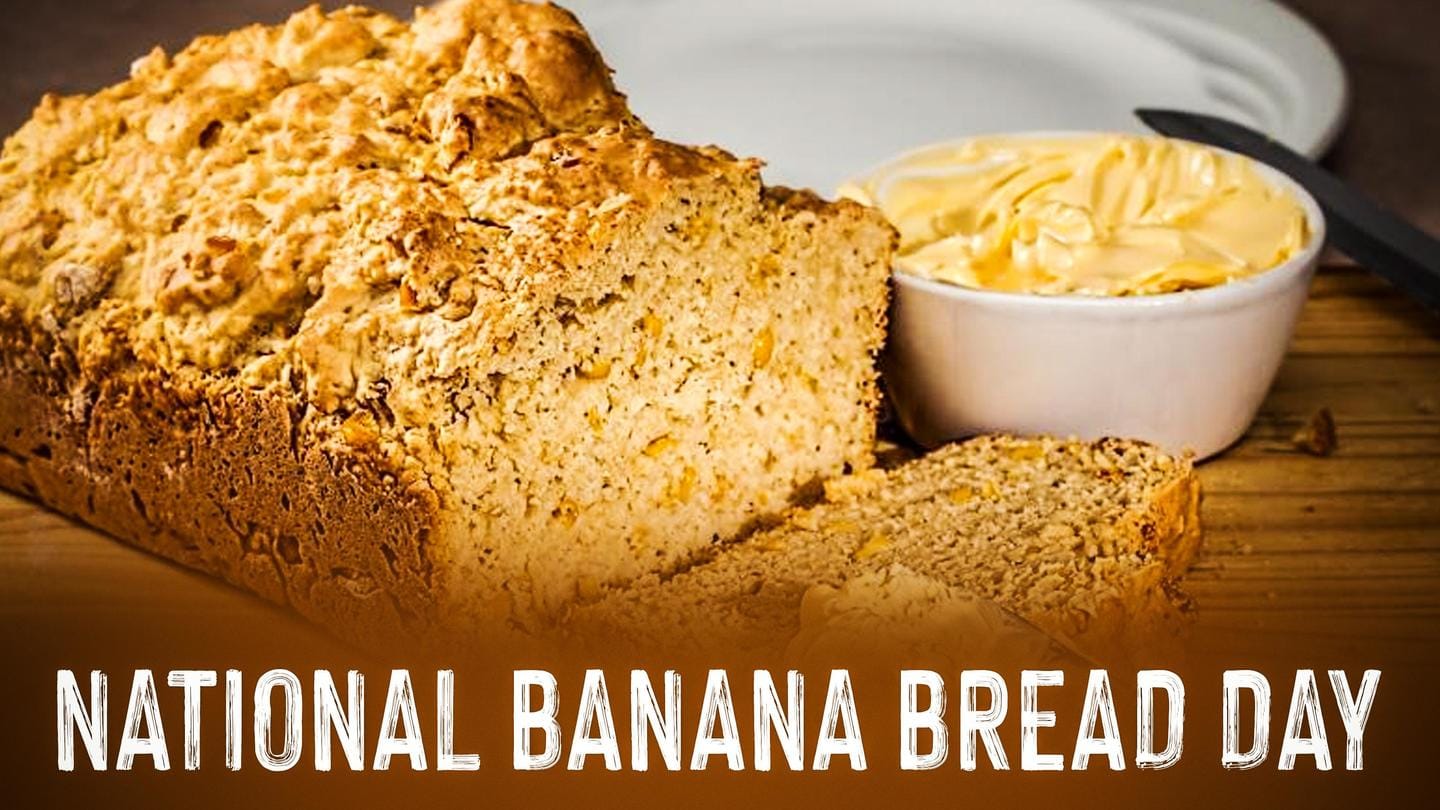 Did you know that February 23 is celebrated as a food holiday, popularly known as National Banana Bread Day in the US?

A slice of banana bread almost looks like a cake slice and goes best with some tea or coffee.

Bananas are believed to be the world’s first cultivated fruit and were domesticated in 8000 BC by the population in Southeast Asia.

Following this, the fruit moved to the West in 327 BC through Alexander the Great. In 1870, bananas made their first appearance in the United States of America.

Americans took several decades to realize the potential uses of bananas other than fruit.

The first-ever banana bread recipe was published in the 1893-edition of St. Louis Post-Dispatch by The Vienna Model Bakery who were supposedly the first to prepare banana bread in the US.

Banana bread became hugely popular in the 1930s due to the growing sale of baking powder and baking soda.

The recipe used banana flour made by drying banana strips and grinding them.

When did alternative uses of bananas begin?

Bananas weren’t as popular for alternate use until World War I.

The fruit started piling up in Hawaii, but there was a shortage of ships to export it.

So people started using it in different ways. This is when bakers also got innovative and made bread out of it.

In February 1918, a banana muffin recipe was published in The Garden Island paper. It was submitted by a “Mrs. Dean.” This recipe is extremely similar to the banana bread recipe used today.

In 1950, a recipe with overripe bananas was popularized by Chiquita Banana’s Recipe Book.

How can you celebrate National Banana Bread Day

The perfect way to enjoy National Banana Bread Day is to bake some at home or pick up delicious banana bread from your nearby bakery.

Invite over your friends and indulge in some yummy banana bread.

Gifting it to neighbors is also a nice option.

Experiment and discover new recipes using different ingredients that go with bananas, such as coconut, chocolate, cinnamon, and more.

How to make banana bread at home?

Preheat the oven to 325 degrees. Mix mashed ripe bananas with egg, butter, and sugar in a bowl.

Add flour, baking soda, and salt to the banana mix and combine everything well.

Pour the batter into a greased loaf pan and bake for an hour. Your banana bread is ready.

A man in North Carolina won big after he decided to use his fortune cookie numbers to play the lottery.Gabriel Fierro, 60, picked up the cookie while … END_OF_DOCUMENT_TOKEN_TO_BE_REPLACED

Dear J.T. & Dale: Is the interview prep any different when interviewing with someone who would work on the same level as you or below you, versus … END_OF_DOCUMENT_TOKEN_TO_BE_REPLACED