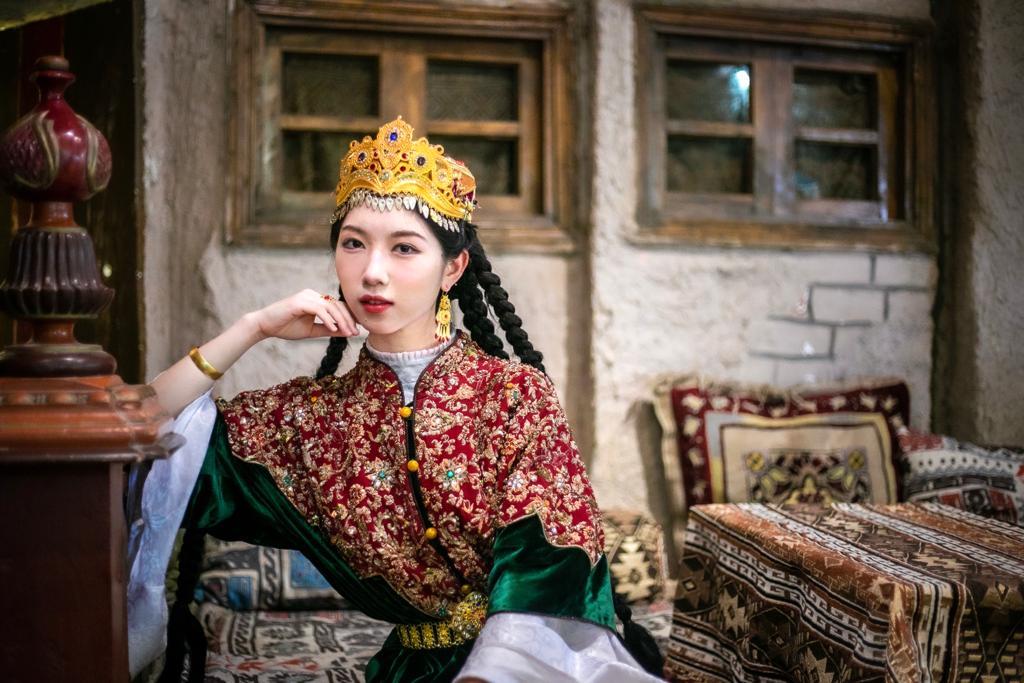 Beth Sun poses with President and First Lady Gash at the Your Home, My Home reception in 2021. Sun said she is honored to be an international ambassador by supporting international students. Photos courtesy of Beth Sun

There are 313 international students at Seaver College as of fall 2021, according to the Office of Institutional Effectiveness. Of all international countries represented at Seaver, China dominates the rankings for sending 119 students — senior Psychology major Beth Sun is one of them.

When Sun first enrolled at Pepperdine in fall 2018, she joined the Chinese Student and Scholar Association. As someone who was still in the process of learning English, Sun said she was able to acclimate to the culture of the U.S., while staying in touch with her Chinese roots by surrounding herself with people of similar backgrounds.

As she became more comfortable with the U.S. lifestyle, Sun said she wanted to explore other cultures on campus. That was when she encountered Rotaract International: A club designed to foster an intercultural community through international service.

At an institution where approximately 9% of the students are international students, finding people who share similar cultural backgrounds and upbringings may present difficulties for some students.

At Pepperdine, therefore, Rotaract International also serves as a club for those whose cultures are rarely represented on campus, regardless of nationality.

“It has international students, so you can learn about different cultures and explore different resources on campus without being overwhelmed by the domestic culture,” Sun said.

Being a part of the club for all four years and now as the president of the club, Sun said her goal is to provide a community for students to enjoy their college experience through cultural integration.

“Some international students may feel marginalized … because they are not fully ‘Americanized,’” Sun said. “That’s why, when we host activities, they will feel more engaged on campus and then feel like their study abroad experience is really worth it.”

Global Tea Time is one of Rotaract International’s events where they collaborate with other ICA clubs to celebrate intercultural diversity. This semester, they collaborated with the Japanese Student Union to promote cultural understanding with food.

“The international student ambassadors were the first group of people I met after I enrolled,” Sun said. “I appreciated their help, mentorship and everything.”

Sun said she met some of her mentors through the international community at Pepperdine. Having served in the program for two years, Sun said she hopes to pass down the legacy of those who assisted her.

“Now I’m a senior and know what I’m doing, so I should be the one to pass it on to the future cohorts,” Sun said.

“I wish for the next cohort to be creative to identify problems and have the courage to change them,” Sun said.

Having faced several challenges as an immigrant, Sun said she is grateful for her mentors and previous international students who have exemplified that it is possible to thrive in the U.S. Thus, her motivation to serve others come from her personal values.

Sun said as an international student, she is always keeping a sense of gratitude.

“Because I’ve received so much, I have to give back,” Sun said.

After more than three decades in Russia, McDonald’s — an icon of U.S. lifestyle and capitalism — has put its Russia business up for sale as it works … END_OF_DOCUMENT_TOKEN_TO_BE_REPLACED

LIBN’s Digital Edition is available on most mobile and desktop browsers. Long Island Business News offers subscribers a digital edition of the … END_OF_DOCUMENT_TOKEN_TO_BE_REPLACED