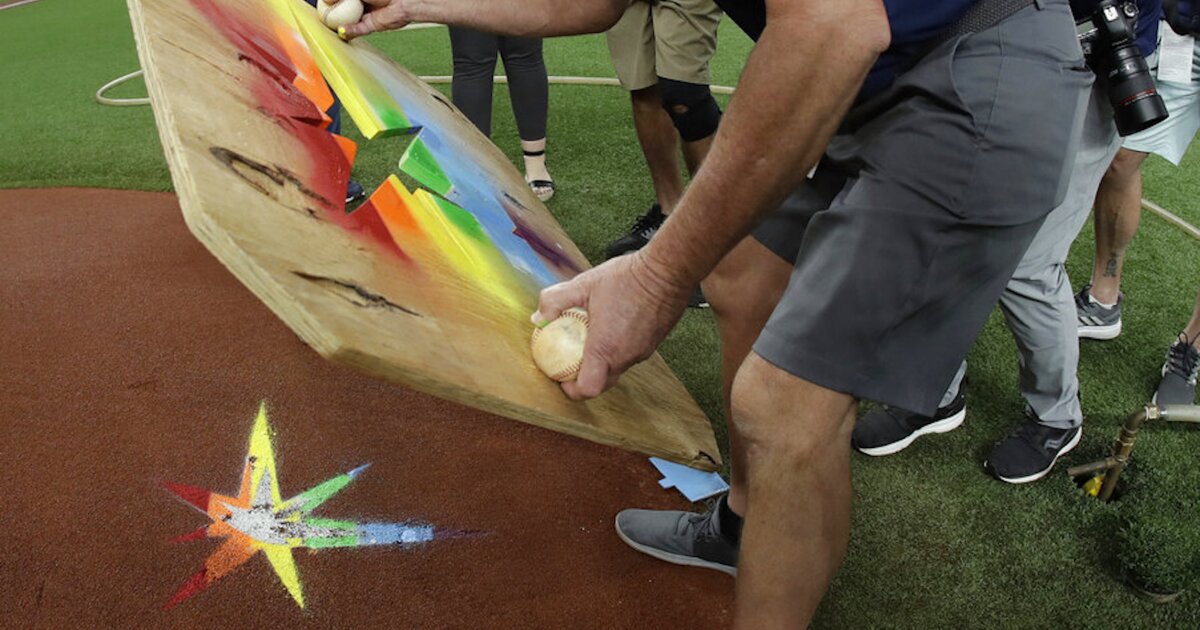 A decision made by several Tampa Bay Rays players not to wear rainbow-colored logos on their uniforms over the weekend sparked debate online, both in support and in disapproval of the players.

Current and former baseball players have spoken out against the five players who chose not to don the logo, with St. Louis Cardinals pitcher Jack Flaherty calling their decision an “absolute joke.”

“There is a special ignorance in sports on this topic,” Preston Wilson, a former Major League Baseball player, wrote on social media. “Every person in MLB has at some point played with a homosexual teammate. They have all cheered for their success on the field. They have all felt their pain when they struggled. They just didn’t know that player was LGBTQ.”

Acceptance is not the same as tolerance. If you truly accept you will support them and you would stand up for them to be treated fairly like everyone else. #Humanity https://t.co/Es4XihHxBD

There is a special ignorance in sports on this topic. Every person in MLB has at some point played with a homosexual teammate. They have all cheered for their success on the field. They have all felt their pain when they struggled. They just didn’t know that player was LGBTQ. https://t.co/Es4XihHxBD

This will undermine the support the team and most players & coaches have shown the #LGBTQ community.https://t.co/erj3ksEkjo

Not everyone spoke out against the players for choosing not to wear the rainbow attire. Clay Travis, the founder of sports media company OutKick, called their decision “far braver than meekly acquiescing.”

Regardless of your personal beliefs, refusing to wear these uniforms — and being willing to take the inevitable sports media crushing they will get — is far braver than meekly acquiescing. https://t.co/1pQocF22On

The group of players, including pitchers Jason Adam, Jalen Beeks, Brooks Raley, Jeffrey Springs, and Ryan Thompson, opted to peel off the rainbow logo and wear the standard Rays hat for the team’s 16th annual Pride Night celebration on Saturday. Adam was chosen by team officials to speak for the players who did not want to wear the Pride-themed items.

“A lot of it comes down to faith, to like a faith-based decision,” Adam said. “So it’s a hard decision. Because, ultimately, we all said what we want is them to know that all are welcome and loved here. But when we put it on our bodies, I think a lot of guys decided that it’s just a lifestyle that maybe — not that they look down on anybody or think differently — it’s just that maybe we don’t want to encourage it if we believe in Jesus, who’s encouraged us to live a lifestyle that would abstain from that behavior, just like [Jesus] encourages me as a heterosexual male to abstain from sex outside of the confines of marriage. It’s no different.”

CLICK HERE TO READ MORE FROM THE WASHINGTON EXAMINER

The team’s manager, Kevin Cash, has dismissed concerns the players’ camaraderie would be affected by the matter.

The Tampa Bay Rays had posted several Pride-related social media posts on Saturday, including posts that read “baseball is for everyone” and showed images of the Pride-themed uniforms to be worn by the players that night.

https://www.abouttobounce.com/category/interactive_sports_obstacles/ - Reserve YOUR Obstacle Course Rental from About to Bounce Inflatable Rentals in … END_OF_DOCUMENT_TOKEN_TO_BE_REPLACED

Starbucks pumpkin spice K-cups and ground coffee are back for the season.If you’re like us, you spend the whole summer drinking iced coffee while … END_OF_DOCUMENT_TOKEN_TO_BE_REPLACED