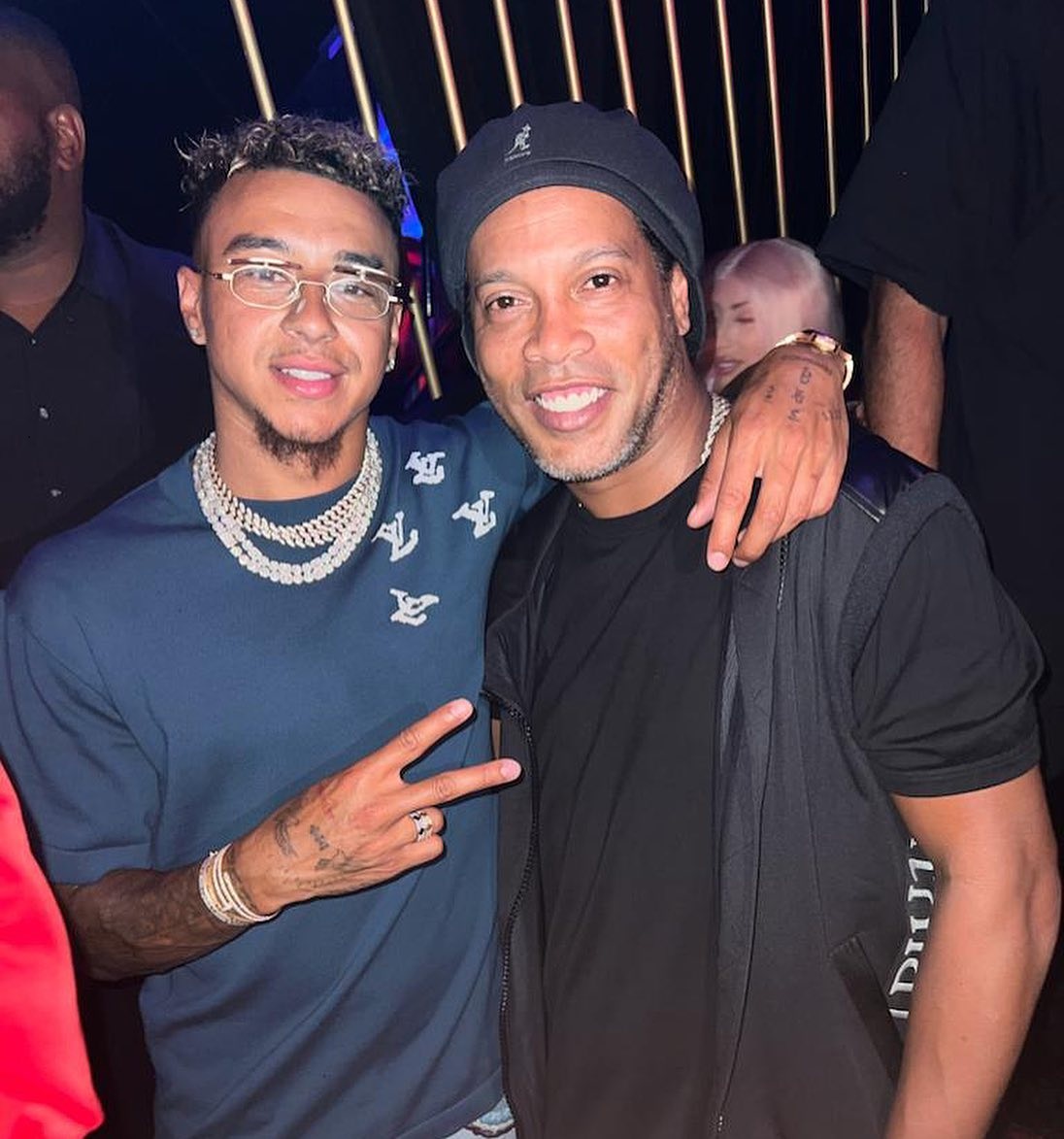 JESSE LINGARD is enjoying the heat in the Sunshine State alongside some very well known faces including Neymar.

The soon to be former Manchester United star, 29, posed for a photo with Neymar in what appeared to be a Miami nightclub.

Lingard was also joined by Brazil legend Ronaldinho and had to take a snap with the star.

He proudly uploaded the two photos to his Instagram page alongside a caption that reads: “Catch up with my bros.”

Neymar shared the photo too and replied to Lingard saying: “Nice to see you man.”

Declan Rice took notice of his former team-mate’s fun in the sun and decided to poke fun at Lingard.

He commented: “Yo Neymar it’s sunny init” – a wind up aimed at their England mate Marcus Rashford who revealed he asked Neymar about the weather when he came face to face with the PSG star in the tunnel before a game.

Lingard will be without a club in a matter of weeks but he appears to be relaxed about his situation.

He has been enjoying the US lifestyle including partying with pop stars Chris Brown and Teyana Taylor in Miami.

Last week he also gatecrashed a stag do packed with United fans in Las Vegas and gifted the group two bottles of champagne.

Most read in Premier League

Lingard appeared to have a great time and was more than happy to pose for photos with the party animals.

The attacking midfielder seems to be carefree despite his future being up in the air.

There is talk of Lingard returning to West Ham following his brilliant loan spell in east London in 2021.

We were unable to send the article. A surgery center in Springdale sold for $2.6 million. Willow … END_OF_DOCUMENT_TOKEN_TO_BE_REPLACED

U.S. chip designer Qualcomm Inc on Thursday said its automotive business “pipeline” increased to $30 billion, up more than $10 billion since its third … END_OF_DOCUMENT_TOKEN_TO_BE_REPLACED