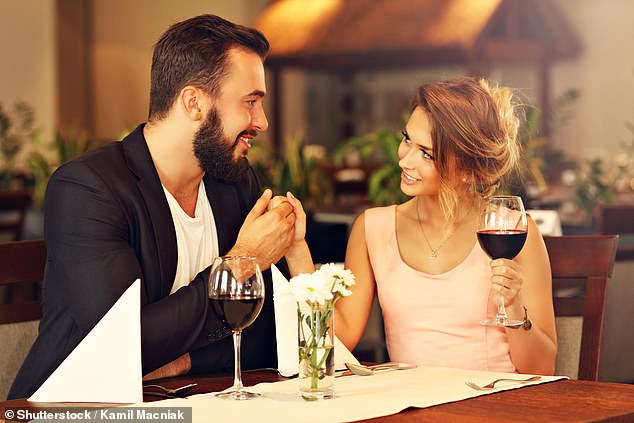 ‘Mr Right’, ‘The One’, ‘Prince Charming’, the perfect man has had dozens of iterations.

For today’s social media users, he is a ‘high value man’, someone who is ‘authentic, emotionally intelligent and lives his life with “purpose”,’ according to one lifestyle coach.

While the label refers to their emotional ‘value’, many are also wealthy – or on their way to being so.

And Gen Z can’t get enough of the idea. Videos tagged with #highvalueman have racked up 77.7million views on TikTok, while on Instagram it has 13,700 posts.

Many of the posts offer advice on how to become a ‘high value man’ – or how to bag one as a boyfriend.

Speaking to FEMAIL, two US lifestyle coaches shared their tips on how to become a ‘high value man’, from the importance of grooming to expanding your knowledge – and building up your confidence.

Today’s social media users are searching for a ‘high value man’, someone who is ‘authentic, emotionally intelligent and lives his life with “purpose”,’ according to one lifestyle coach. Stock image

It’s NOT all about how much money you earn

YouTuber and podcaster Hafeez Baoku, 31, of Dallas, Texas, said: ‘In the simplest sense, I believe a high value man is a man who is esteemed as highly valuable in society. Due to his high regards in the eyes of his peers, men want to be him and women want to be with him. He is a highly valuable individual who is not easily replaced.

‘In my opinion there is no profession that will limit a man’s potential to be high value, but that’s my opinion. Depending on the person and society there are different tangible salary points that one can do to earn high value.’

YouTuber Courtney Ryan, 26, from Cleveland, Ohio, who shares lifestyle advice for men, explained that a man’s ability to be viewed as high value will vary depending on how others measure success.

She said: ‘At the end of the day, not everyone has the same values or ideas of success so to be viewed as high value by everyone is impossible. A man might be of high value to one woman and not to the next depending on exactly what it is she’s looking for. 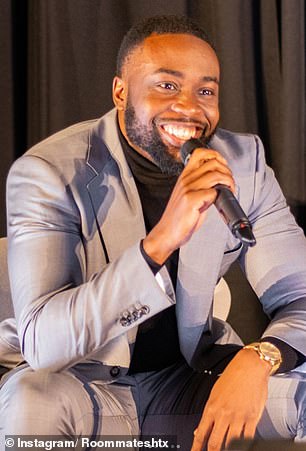 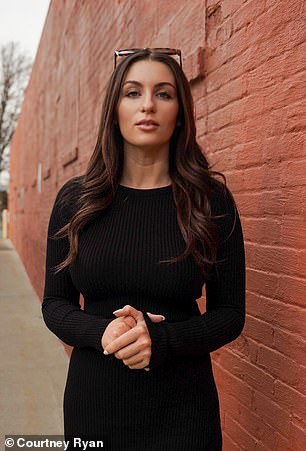 Lifestyle coaches who’ve racked up thousands of followers on YouTube from sharing advice for men shared their top tips on how to become a high value man – including Hafeez Baoku (pictured), who boasts over 482,000 YouTube subscribers (left) and YouTuber Courtney Ryan (right) =, 26, from Cleveland, Ohio, who shares lifestyle advice for men

‘I’ve found that men often correlate their value with the amount they earn because they have typically taken on a provider role and even though women have become equally as successful as men when it comes to finances they still typically go for a guy who makes the same amount or more.

‘There is pressure for men to still be earning more even though they don’t necessarily need to be the way they were in the past. I don’t think how much a man makes is directly tied to how high value he is but creating a life for yourself where you are financially secure is a great place to be regardless and it certainly doesn’t hurt. 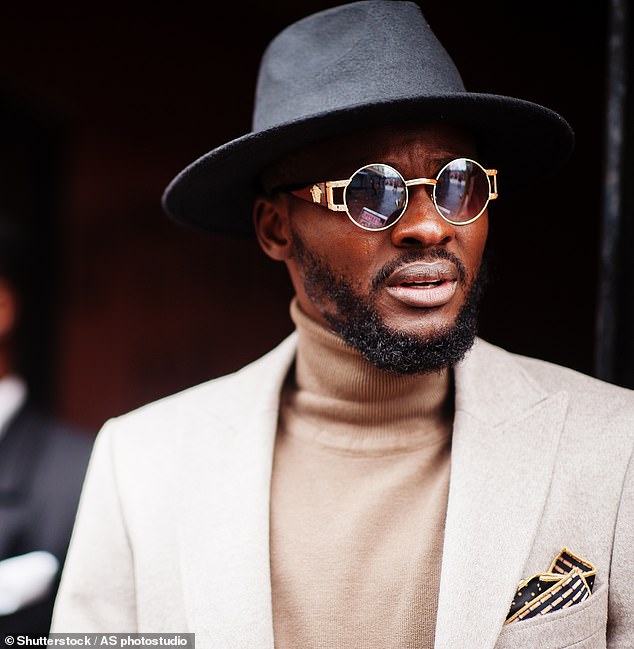 The lifestyle coaches agreed that more men need to make an effort with their appearance and find their style.

Courtney said: ‘If you want to be perceived as high value, you should put your best foot forward and show up for yourself. Being well dressed goes a long way and can make a huge impact when it comes to first impressions and initial attraction. The best part that a lot of people fail to understand is that you don’t need to spend a ton of money to look good.

… and the sort of women ‘high value men’ find attractive

Courtney said: ‘I would say that being high value comes with an advantage in dating because you are creating a life for yourself that you would feel more confident inviting someone to be a part of.  A high value man brings confidence, independence, stability, and emotional intelligence which women are naturally drawn to.

‘I don’t want to generalize and say everyone is looking for the same thing but I do think there is often a difference between the women that high value men choose to settle down with and the women he only dates casually. A woman that a high value man ends up settling down with should be high value herself, possess inner beauty and bring peace to the relationship.

‘Other traits that come to mind are being kind, supportive, and positive. I’ve noticed the women that men date casually are often the opposite and the way they look on the outside is the main point of attraction. A true high value individual – not just someone who says they are high value because they make good money – should know the importance of finding someone with values that align with yours.’

Hafeez said: ‘I believe high value men want a woman who is peaceful and supports his dreams and his vision. He spends all day fighting to achieve success in his workplace and he is uninterested in fighting with his woman at home.

‘A lot of high value men will enjoy the company of women on casual basis but if those women don’t have a peaceful demeanor they would be unwise to consider her for a long term relationship.’

‘More often than not, basics make the best outfits and the way your clothes fit is the most important thing to consider. When it comes to looking high value, it is always better to be overdressed than underdressed so keep that in mind.

‘In addition to dressing well, I’d say keeping yourself well-groomed is also an easy way to look more put together so don’t neglect your hair or other simple grooming habits.’

Don’t let fear hold you back

Courtney said: ‘I would say 99 per cent of the time, the biggest thing that holds people back is themselves.

‘The fear of failing, being rejected, not being good enough. I could go on and on about all the stories people create in their minds as to why they can’t do something.

‘I think a lot of men get discouraged and don’t put in the work that it takes to live a life of purpose, authenticity, and fulfillment.

‘How is anyone else going to see the value you bring if you don’t see it yourself? It all starts with you and the men who fail to realize that struggle to get there.’

Make time in your daily routine for YOU

Courtney said men must hold themselves to a high standard and consider how their daily actions and routines can bringing them closer to their goals.

‘To a guy at the beginning of his journey, the best advice I can give is that you have to start being intentional with your time. Start being more mindful of what you’re doing in your daily routine to get what you want and in return, become a more high value individual.

‘The more fulfilled and happy you are, the more confident and secure you will be which helps in the way we are perceived by the people around us. This might look different from one guy to the next as our ideas of success and values vary, but the groundwork is often the same.’

Courtney said: ‘I think there are way too many unrealistic standards set for men (and women) today because of social media and constant comparison online. I’ve seen content creators dissect being a ‘high value man’ as making more than 6-figures or being over 6ft tall.

‘For the guys that don’t meet that criteria, I imagine hearing that is incredibly deflating and discouraging which is unfortunate because it’s not even true. There is far too much content online that isn’t healthy or productive for anyone which is just another reason to be mindful of the content you’re consuming daily.

‘The amount of videos I have reacted to on my channel of creators who promote manipulating, playing mind games, and emotionally hurting people to get what you want is astronomical and a bit concerning. For this reason, I do think it’s important to be selective with where you get your advice and make sure it’s from someone who has good intentions and a healthy approach.’ 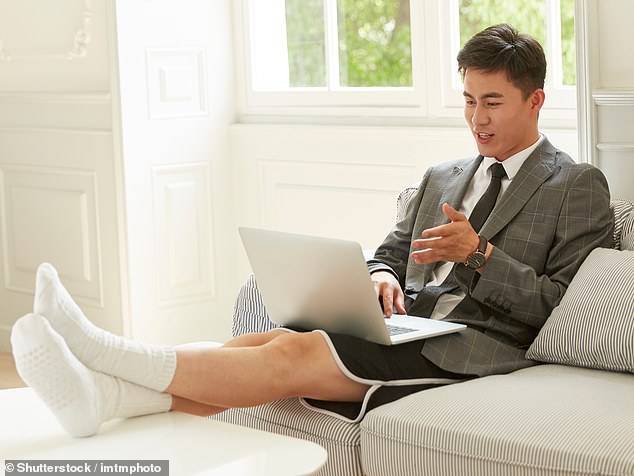 Courtney explained that men who label themselves as high value are often criticised because they are saying something that should speak for itself.

She said: ‘There is a line between confidence and arrogance and telling people you’re “high value” or an “alpha male” definitely crosses the line.

‘If you have to convince someone that you’re high value or alpha then chances are, you probably aren’t and it’s just your ego talking. Being a high value man is something that will speak for itself if you’re meeting someone new who has values that align with yours, no need to announce it.’

Hafeez, who doesn’t view himself as ‘high-value’, but believes in striving to be his best added: ‘People don’t want to hear that a man is great they want him to show it with his actions instead of his words. My advice is to only follow a man you would want to be in the future. I only follow and trust men who have families, careers, and a character that I would like to possess in the next 10-20 years.’

Be willing to put in the hard work

Hafeez said: ‘The biggest thing that limits most men from being high value is the hard work that is required to arrive to the top.

‘By definition everyone can’t be “high value” because if everyone is high value than in essence no none is high value. If you want to be part of the 1 per cent you have to put in hard work that only 1 per cent of men will achieve, which is easier said than done.

‘My advice to any man who wants to be high value is to focus instead of being a high character individual because in my opinion it’s more important in the long run than being high value.’

Ice cream lovers rejoice! We have found a keto-friendly cold dessert that will blow your mind. We didn't think it was possible; in fact, we almost … END_OF_DOCUMENT_TOKEN_TO_BE_REPLACED