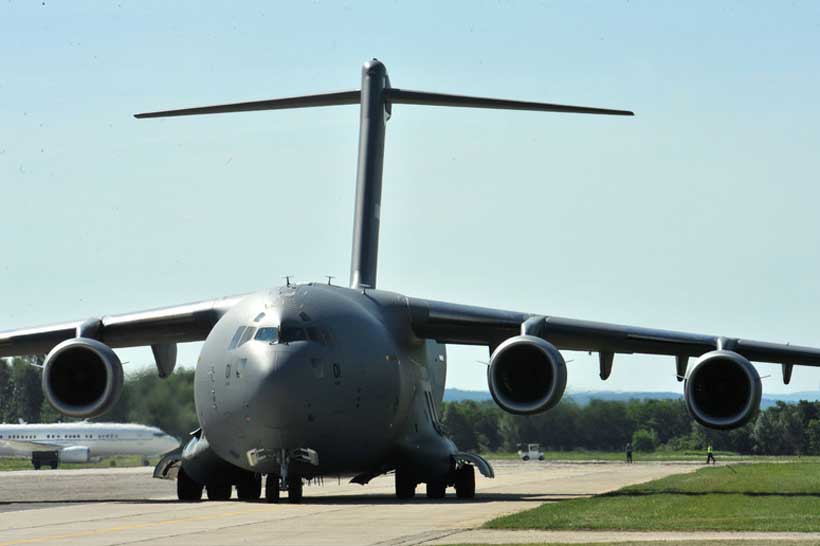 The rash decisions to join NATO recently adopted by Helsinki and Stockholm are probably the most vivid illustration of the emerging trend toward a consolidation of the Collective West, with other evidence of this newfound unity among the Western nations after February 24, 2022 seen in plenty.

For instance, the unprecedented sanctions against Moscow were agreed upon at an astonishing speed, just as the programs of military and economic support for Ukraine, which neither have a historical precedent to build on.

Or, for example, a coordinated attack on Russia in leading international organizations, ranging from the UN Security Council and APEC to the Council of Europe and the Arctic Council, as well as combined pressure on countries of the Global South from Brazil to India that have not yet fully defined their position on the Ukrainian issue.

At the same time, Russia’s special operation, which has become a powerful catalyst for centripetal processes in the West, still cannot be considered the main—let alone the only—agent of these changes. We shall recall such milestone events as the establishment of the trilateral politico-military alliance AUKUS, the deeper institutionalization of the quadrilateral QUAD security dialogue, the grandiose Summit of Democracies hosted by Washington (all seen last year), not to mention an activization of joint efforts in the more traditional formats of interaction between the leading Western powers, such as NATO summits and G7 tops.

If we refer to the first months of 2020 as a starting point, when the coronavirus pandemic suddenly awakened the most archaic reflexes of national egoism in the West, at some point questioning common values of the Euro-Atlantic, we should admit that a lot has changed in two years. The Collective West has successfully drawn lessons from its recent difficulties, mobilizing itself quickly, putting aside the quarrels and squabbles of the past decades, and standing united against common adversaries and competitors.

The Biden administration, as much as the 46th president himself, who does not deserve the derogatory and disparaging descriptions that the glib media generously label on him, have played a major role in the ongoing consolidation of the West. Already at the time of his presidential campaign, the Democratic aspirant to the U.S. presidency talked a lot about the task of “reuniting the West” as one of the top priorities of his future foreign policy. In doing so, he invariably promised that the new U.S. leadership would take into account the positions, interests and priorities of Washington’s allies as much as possible.

Certainly, the Democratic administration has not always consistently delivered on this promise. For example, the decision to hastily withdraw U.S. troops from Afghanistan in late summer 2021 was taken without any prior consultation with allies, legitimately causing discontent that even extended to a deaf grumbling among the latter. It was not possible to line up European allies against Beijing, as was evidenced by the rare and somewhat vague references to China in the final communiqué of the NATO summit held in Brussels in June 2021.

In this sense, Russia’s special military operation was a long-awaited and—literally—priceless gift to Washington, which allowed American strategists to take away the role of the main global villain and unifier of the West from distant and little-understood Beijing, giving it to Moscow, close and painfully familiar from the Cold War era. The special operation provided opportunities to fix not only the immediate tasks, but also the priority formats working towards the new consolidation of the West. There is no doubt that the White House will try to make the most of this gift of fate.

First of all, the consolidation of the Western nations goes along the lines of a policy to strengthen military-political and military-technical unity, both within a revitalized and reinvigorated NATO and in other multilateral formats, as well as through the framework of bilateral agreements between the United States and its main partners. The combined military budgets and expenditures of NATO member states already account for more than half of global defense spending, and this share will only grow in the near future. The U.S. military-industrial complex can celebrate a victory over its foreign competitors, as the U.S. will significantly strengthen its dominant position in world arms markets, while the idea of the EU’s strategic autonomy from NATO will have to be postponed until better times.

In the short term, vigorous efforts will be made to resolve or significantly mitigate trade and economic contradictions within the West, primarily between the United States and the EU. For instance, the Biden administration lifted some of Donald Trump’s import tariffs on European steel and aluminum last October. We can assume that the long-promised synchronization of export controls with respect to third countries will soon take place. The nearly endless conflict between Boeing and Airbus, as well as other high-profile trade disputes that undermine transatlantic unity, will probably come to a close.

Priorities in cooperation between Western countries will increasingly shift to R&D. We will see the rise of huge multilateral consortia, perhaps in the form of public-private partnerships, in key areas of ICT, artificial intelligence, space and biotechnology. Naturally, Russia will no longer be allowed into any of these spheres, while a tough and uncompromising fight with China will be waged in all of them.

A reinvigorated and self-confident Collective West will vigorously attempt to forge a common stance on major issues of global development such as climate change, energy transition, Internet governance and standards of global digitalization, food security and measures to thwart new pandemics, cross-border migration, issues of gender and race. It is possible that the European Union, rather than the U.S., will take the lead on many problems of global development. In any case, Western politicians, opinion leaders, and experts will be doubly determined to impose their agenda in all of these areas on the rest of the world.

The consolidation of the Western world can hardly take place without an attempt to push its boundaries beyond the “historical West”. We will see a relentless fight for the souls of countries like India, Indonesia, Nigeria, South Africa, Brazil and Mexico. The West will continue to please Turkey, build bridges with Venezuela, attempt at negotiating with Iran and so on. There will inevitably be a contradiction between the proclaimed ideological purity and considerations of political expediency, which will most often be resolved in favor of the latter, as has repeatedly happened in the past. We can assume that the main dividing line in world politics will, for tactical reasons, be drawn by Western leaders not between democracies and autocracies but—increasingly—between the “responsible” and the “irresponsible” actors on the world stage.

If the consolidation of the West continues in the coming years, it will inevitably push back the prospect of a mature multipolar world, for a long time.

Essentially, it is proposed to recast an international system based on the interaction of the world core (West) with the world periphery (non-West) rather than see a multipolar world emerge. It is assumed, however, that such a division will not lead to a classic bipolar world, as it did not happen at the beginning of the century, because the global periphery will fail or be reluctant to unite against the West. On the contrary, major non-Western countries—including China, India, Brazil, Indonesia, Nigeria—will have to somehow compete with each other for the most favorable terms for their subsequent entry into the global core.

In this renewed unipolarity, Russia will be thrown back to the positions it had 30 years ago, just after the collapse of the Soviet Union. But Moscow will find itself in an even more difficult situation, because it will not get the credit of trust from the West in the foreseeable future, one that it had in the 1990s. Accordingly, the pressure on Moscow will be tougher, and the possible political and economic rewards for Russia’s good behavior will be more modest and deferred.

How realistic is this scenario for the future of the international system? It seems that the ongoing consolidation of the West has its limits. First, those of economic dimensions, since the interests of the United States, the EU and the developed countries in East Asia are largely at odds. For example, the problem of U.S. agricultural exports to Europe is unlikely to find any definitive solution, as is the issue of exports of European cars and their parts to the United States. The dollar and the euro will continue to compete in the global financial markets, and this competition is likely to intensify as other currencies strengthen their international positions.

What remains questionable, though, is a possible synchronization of political cycles in individual countries of the Collective West. While the left continues to rise in northern Europe, the U.S. midterm elections in November are likely to be won by the right. It can be argued that the differences between the Anglo-Saxon and Continental European models of socio-economic development are becoming increasingly significant, rather than erased.

The political contradictions within the Collective West are not going anywhere either. It is one thing to unite amid an acute security crisis against a familiar opponent in the form of an economically insignificant Moscow, and quite another to be prepared to wage a long and exhausting battle against an economic superpower like China. Nor is there complete unanimity within the West on the best strategy towards India, let alone on positions on specific issues of crisis management in the Middle East and North Africa. It is difficult to assume that the U.S. and the EU can achieve unity on the problem of expanding economic aid to the global South from the global North.

Another change from centripetal to centrifugal trends in the West is only a matter of time. Such a shift could be triggered by a victory of the new Trump in the U.S. elections in the fall of 2024 or a right-wing populist like Marine Le Pen coming to power in a major European country. The reason for another strategic disengagement could be the U.S.-Chinese conflict over Taiwan or the aggravation of the Israeli-Palestinian problem.

In any case, the change in trends will not happen soon. Moscow should prepare for a long-term stand-off with a consolidated West that has sufficient political power and will to counter any dissident demarches in its ranks. And this means that any, even most limited, agreements with the West will have to be coordinated with Washington, as was the case during the “unipolar moment” a quarter-century ago.

From our partner RIAC

We were unable to send the article. A surgery center in Springdale sold for $2.6 million. Willow … END_OF_DOCUMENT_TOKEN_TO_BE_REPLACED

U.S. chip designer Qualcomm Inc on Thursday said its automotive business “pipeline” increased to $30 billion, up more than $10 billion since its third … END_OF_DOCUMENT_TOKEN_TO_BE_REPLACED