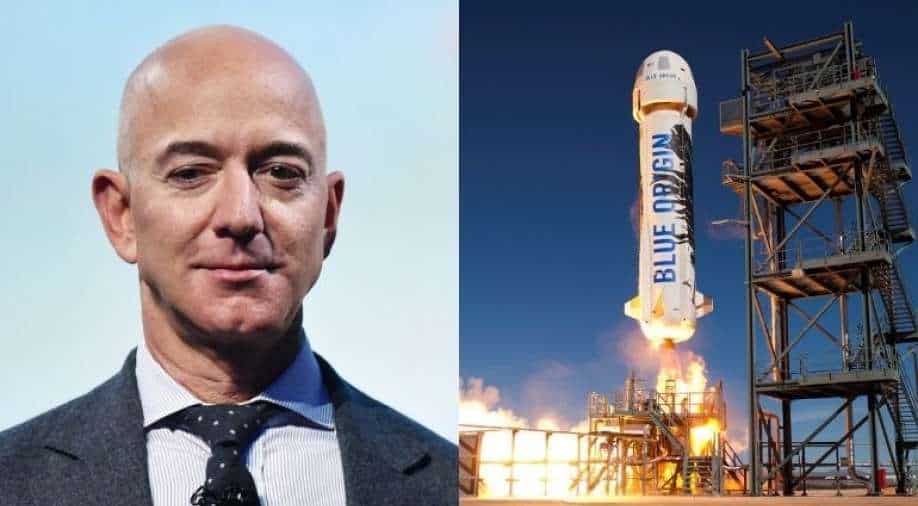 Amazon founder Jeff Bezos’s aerospace company Blue Origin is planning to conduct an ‘astronaut rehearsal’ during the 15th launch of its New Shepard rocket, dubbed NS-15, which is targeting liftoff on Wednesday from Launch Site One in West Texas.

This flight is a ‘verification step’ for the vehicle and operations prior to flying astronauts, Blue Origin said on Monday.

During the mission, astronaut operational exercises will be conducted in preparation for human space flight.

The primary operations will entail Blue Origin personnel standing in as astronauts entering into the capsule prior to launch.

These astronauts will climb the launch tower, get into their seats, buckle their harnesses, and conduct a communications check from their seat with CAPCOM, the Capsule Communicator.

The tower operations team will prepare the capsule cabin for launch and then briefly close the capsule hatch.

The astronauts will then exit the capsule prior to launch, Blue Origin said, adding that the launch window for the flight on Wednesday opens at 8 am CDT (Central Daylight Time).

Post-landing, the astronauts will get inside the capsule to rehearse hatch opening, and exiting the capsule at the landing site.

However, it is still not clear when Blue Origin will launch the first commercial flights.

We were unable to send the article. A surgery center in Springdale sold for $2.6 million. Willow … END_OF_DOCUMENT_TOKEN_TO_BE_REPLACED

U.S. chip designer Qualcomm Inc on Thursday said its automotive business “pipeline” increased to $30 billion, up more than $10 billion since its third … END_OF_DOCUMENT_TOKEN_TO_BE_REPLACED